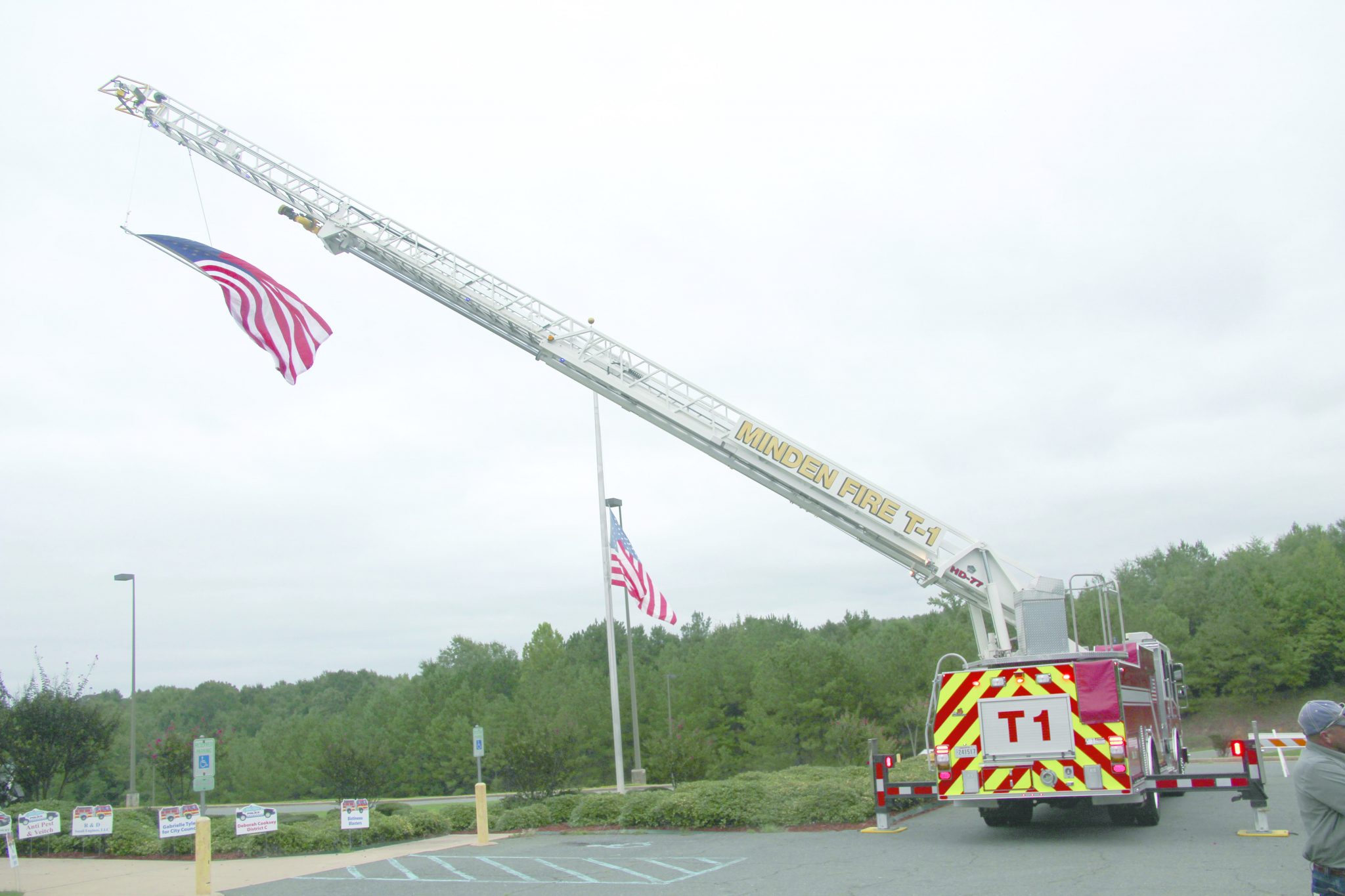 Held inside the Minden Recreation Center basketball court due to the threat of rain, the kid-friendly event featured several inflatable attractions, small putt-putt holes, and free cheeseburger dinners provided by the Wimberly Agency. The night was capped off by a fireworks display provided by Bistineau Blasters Fireworks.

Different kinds of emergency vehicles from various agencies were parked outside for children to explore and learn about, including a medi-vac helicopter. Of course, the centerpieces of the event were the many first responders from the Minden Police Department, Minden Fire Department, Webster Parish Sheriff’s Office, and other groups and agencies in attendance.

This was the second year that the event has been open to the public. Chamber President Stephanie Barnette said they wanted to include the first responders’ families and surrounding community and give them the chance to express their gratitude.

“The intent was instead of our businesses only honoring the first responders, it was a way for the whole community to come out, interact with them, and say thank you,” she said. “It’s just a fun family event.”

Several local businesses ran booths throughout the event. Search-and-rescue dogs with the volunteer group Crossroads made appearances to the delight of kids and adults alike.

While September 11 is a day for mourning, reflection, and honoring those who gave their lives 17 years ago, it is also a time to look forward and appreciate those who put their lives on the line each and every day for those around them.

“We picked 9/11 to do it because it’s a day where everyone is already reflecting on what has taken place and honoring our first responders, so we just want them to know that we understand their job is tough and stressful,” Barnette said. “This is a great way to show them a little appreciation in a fun way.”