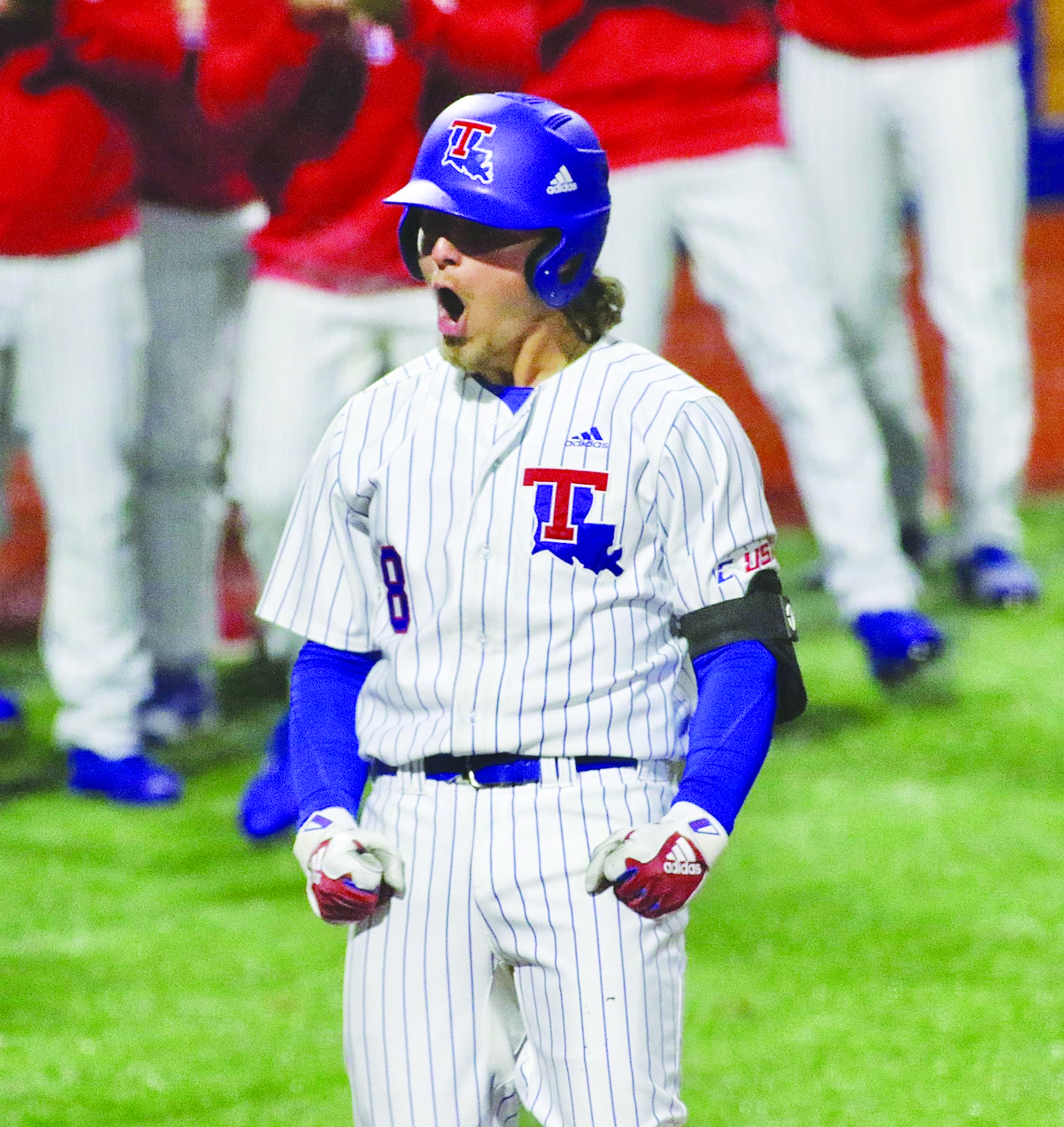 Tech’s Cade Gibson stole the show on the mound earning his first win of the 2022 season.

It was the Bulldogs’ fourth straight win to start its season.

LA Tech (4-0) starter, Cade Gibson, dominated in his five innings of work Wednesday night. Gibson set a tone for the entire Bulldog squad by striking out eight Tiger batters, only one walk and just three hits.

“Despite the bad conditions we had people out here at 3:30 getting ready and it was just electric. We always have a good crowd and are always supportive. I love them to death,” Gibson said.

“They (LSU) have great hitters. Coach Fouts had a great game plan going in. We were going to cross count with a bunch of stuff. If they were ahead, we were going to try to go offspeed and mix it up a lot so we couldn’t show any patterns.”

LSU’s (3-1) pitching struggled early on allowing five runs through the first three innings. The offense could not string any big innings together to mount a comeback. Gavin Dugas led the Tiger bats going 2-for-3 at the plate, homering and bringing in three runs on the night.

The Tigers committed five errors in the field leading to many more opportunities for the Bulldog offense.

Tech’s one-two punch leading off the Bulldog lineup has been strong to start the 2022 season. Taylor Young (.571) was a triple shy of the cycle going 3-for-4 with four runs batted in while Philip Matulia (.438) was 2-for-4 with three RBIs.

In the bottom of the third innings, Steele Netterville launched a leadoff solo home run for his first of the year.

Tech third baseman Logan McLeod also had a strong night at the plate and in the field with the sliding play. McLeod went 2-for-4 at the plate with two runs scored.

While the Bulldogs were strong, Tech head coach Lane Burroughs also credited a home crowd that braves cold and wet weather for doing their part in the win.

“I don’t know if I would have stayed out here the whole time if I wasn’t invested,” Burroughs said. “Our fans came out, and not only did they show up, but they stayed the whole game. I can’t say enough about them.”