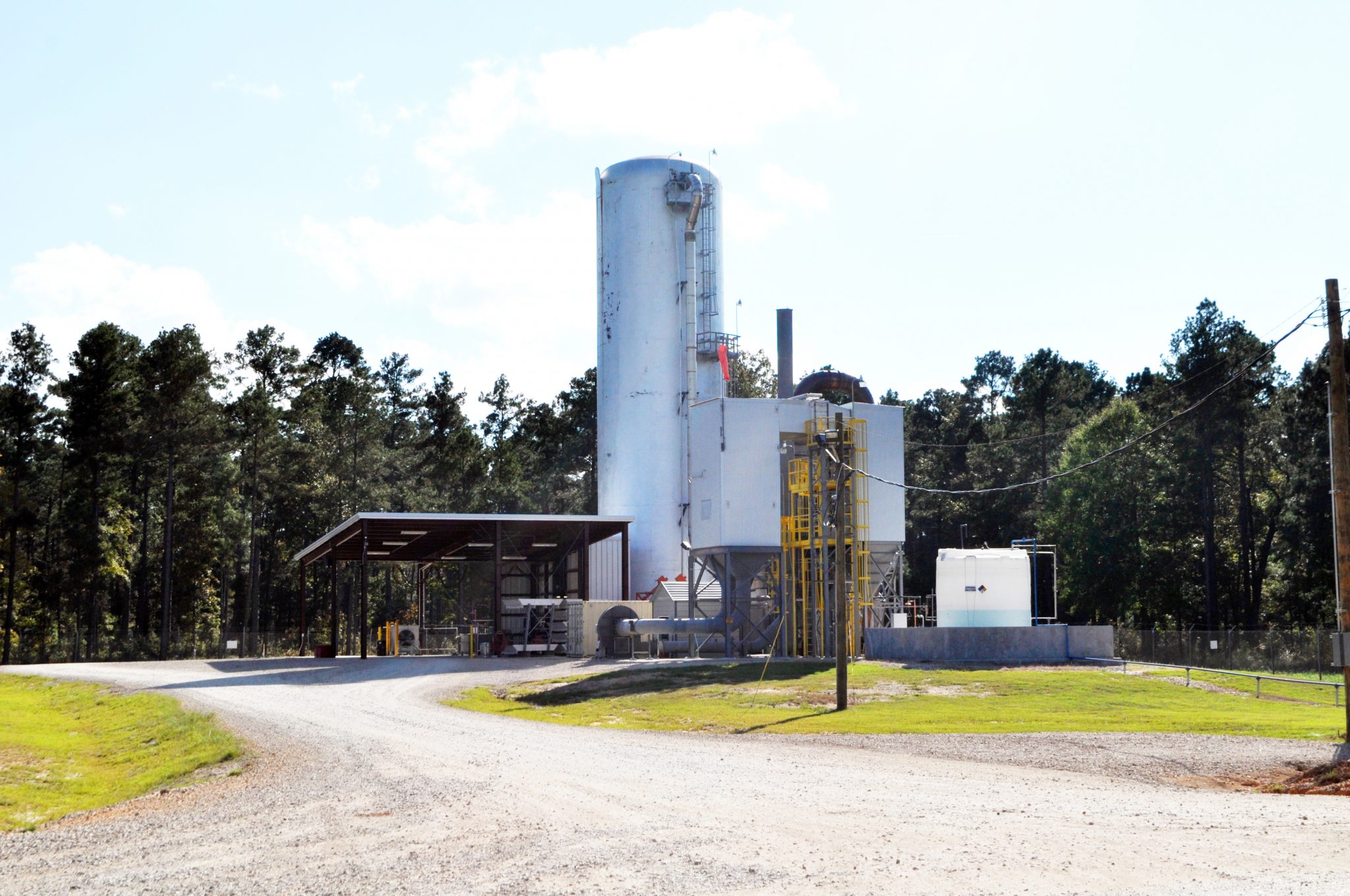 Editor’s Note: Information for this post was obtained from the Jan. 18 CAG meeting as videoed by the website www.burnchamber.com. The video may be viewed in its entirety here.

The Contained Burn System at Camp Minden has been out for bid since October 2017 with the condition that it be removed from Louisiana. However, due to a contract issue, there are still no official bids to remove the burn chamber three months later.

Winston Matejowsky of the Louisiana National Guard addressed the Camp Minden Citizens Advisory Group at their January 18 meeting. He said that while the Louisiana Military Department has put the chamber out for bid, there is currently no approved written plan for closure and removal.

“Nobody is going to bid on it if you don’t know what all you have to do,” Matejowsky said. “Companies bid on it, and then we got down to it, and everybody’s like, ‘There’s a big blank. What do we have to do to complete the closure plan? What is the closure plan?’”

Matejowsky said the state was able to submit a closure plan to the EPA for approval last week.

This delay in the creation of a closure plan could be the result of the ownership dispute between the state and Explosive Service International, a dispute that resolved in the state’s favor in October. Matejowsky said it was ESI’s responsibility to draft a closure plan, even after their contract expired in late November.

“ESI’s contract ran out Nov. 30, and we took the remaining work that they started, like the closure plan, and said, ‘you have to finish the closure plan in order to be paid,’” he said.

The military department sent letters to four companies, inviting them to send proposals for the chamber’s purchase and removal. Two declined, and the other two are interested but waiting for the closure plan. These two companies are DXL out of Washington state and Stone Street out of the Dallas area.

When asked if the military department knew that there was no closure plan when they opened the chamber up for bid, Matejowsky said they did but were unaware that it would prove to be such a “contractual hiccup.”

Both of the companies with conditional bids plan to scrap the chamber rather than taking it as a whole. They are more interested in the PAS component, or Pollution Abatement System. Even if another company wants to keep the chamber in working condition, Matejowsky said they would have to take it out of the state.

ESI estimated it would take about 90 days to dismantle the chamber. Following the completion of the closure plan, it will be about another 60 days before the reports are complete and sent to the EPA. Therefore, a potential five months still stand in between the acceptance of a bid and the removal process being completed.

The contained burn system was placed at Camp Minden to destroy 15 million pounds of demilitarized M6 artillery propellant that was improperly stored at the site. The M6 was discovered following an explosion in Oct. 2012.

Dustin Moseley is the police juror who represents those in the immediate vicinity of Camp Minden. He said his constituents still live in constant remembrance of the explosions from Camp Minden that rocked the surrounding area.

He recounted the intense debate that occurred last year over what best to do with the burn chamber, and he said the people of Doyline see its removal as the last step in returning their lives to normal.

Moseley said the people of Doyline want nothing more than to return to how things were before Camp Minden ever became a site for explosive disposal.

“The hope is that we won’t have to worry about these large amounts of explosives being brought into Camp Minden anymore,” he said. “Of course, there wasn’t a burn chamber when they got brought in, so I don’t know that removing it necessarily guarantees that. According to the current leadership, that won’t be taking place anymore at Camp Minden.”

While parish citizens were heavily divided on the burn chamber’s future last year, Moseley said his constituents were not so divided.

“A lot of people who didn’t live in the affected area, it was hard for them to understand,” he said. “But I’d say 99 percent of the people who I represent in the area wanted it gone.”

For those who wanted the chamber gone, the war has been won, but the spoils are slow in appearing. For now, the process is in the EPA’s hands as they finally have a closure plan to approve. Time will tell just how long it takes for the chamber’s removal to play itself out.