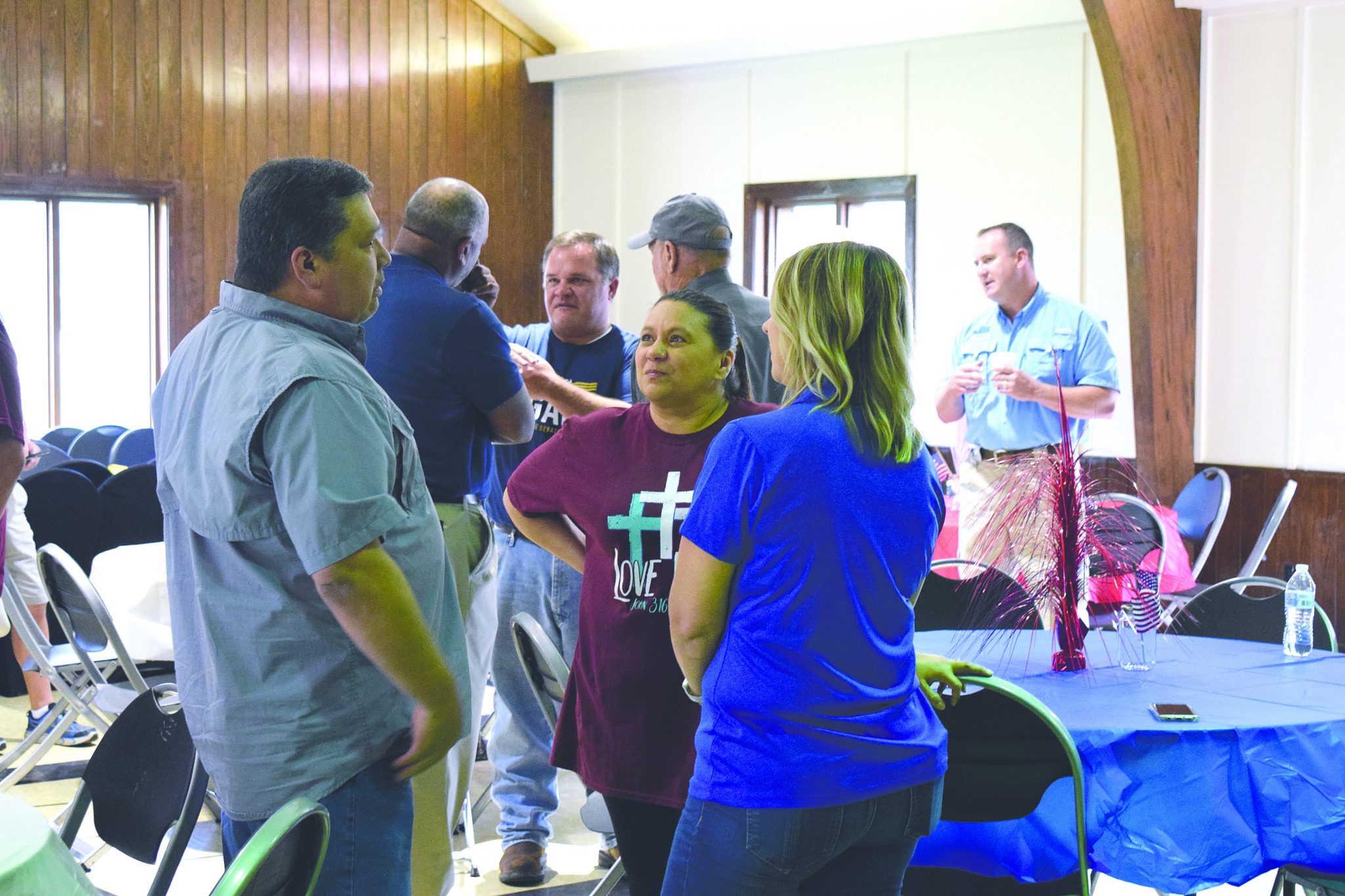 Candidates for various positions in local government came to the Minden Community House Saturday morning in order to have a “non-political” meet and greet with the community.

The host of the event, Minden Prays, referred to the event as “Not a forum. Not a debate. No speeches. No ‘politicking.’ Person to person. Neighbor to neighbor. Taking time to get to know one another. Learn from each other. Support each other. Sharing ideas, voicing concerns.”

Many candidates running for positions in local government came, including Ryan Gatti for State Senator, Holli Vining for Clerk of Court, Denise Edwards and Hugh Woods for Tax Assessor, Jason Parker, Lil’ Don Smith, and Gene Hanson for Sheriff, as well as others.

The President of Minden Prays is D’ McCoy, and she describes the group as, “a fledgling network who have a similar heart of wanting to see unity in our community. Regardless of what church you’re a part of, or what side of town you live in [there should be ] togetherness.”

When talking about why she organized the group, McCoy said, “If you look in the national media there is a lot of talk about divisiveness and division. Minden as a community has not had, in my lifetime, a lot of that, but recently, there seems to be more of an undercurrent coming in that we as a community have not had before, and that’s not OK.”

This Candidate Meet and Greet is one of the first events that the group has put together. When discussing the turnout for the event, McCoy said, “I was actually kind of impressed, given that we’re not exactly a known entity. We had 10 candidates so far that just walked around shaking hands. That’s what we wanted.”

When asked why Minden Prays decided to host an event such as this, McCoy said, “It really kind of came down to the sheriff’s race. I know Lil’ Don and I know Jason personally, but I had never met Mr. Hanson. Here’s someone that I personally didn’t know, but if I had a chance to talk to him, he may be someone that I would vote for. But having no knowledge of him, it was less likely that I was going to vote for him. So then I thought, ‘Who else doesn’t know somebody?’”