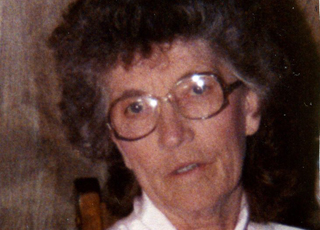 Facebook
Twitter
Linkedin
Email
Print
Graveside services for Nora Bell Mathes will be at 11 a.m. Saturday, April 30, 2016 at Gardens of Memory in Minden under the direction of Rose-Neath Funeral Home in Minden. Officiating will be Bro. John Franklin, pastor of Calvary Baptist Church in Springhill.

The family will receive friends from 9 until 10:30 a.m. Saturday at Rose-Neath Funeral Home.

Nora Bell Mathes, age 90, was born in Bradley, Arkansas Oct. 23, 1925 and entered into rest April 27, 2016 in Springhill. Nora spent her married life to the late Bill Mathes in Doyline and Minden. She was a member of Calvary Baptist Church in Springhill and loved attending church until the last six months when she became homebound due to health.

She was preceded in death by her parents, Houston and Myrtle Banks, four brothers, Lester, W.H., Billy, and Butch, sister Bessie, daughter Betty Duboise and son Dwayne Mathes.
She is survived by three sisters, Elaine Heath, Jeanette Jordan, and Bonnie Jennings, three daughters, Linda Biles, Vickie Weckesser, and Billie Guy with whom she has lived with for the past 32 years. She had a long line of grandchildren, great- and great-great-grandchildren.

In lieu of flowers donations may be made to Calvary Baptist Church General Fund, 1919 S. Main Street, Springhill, LA 71075 in memory of our mother.