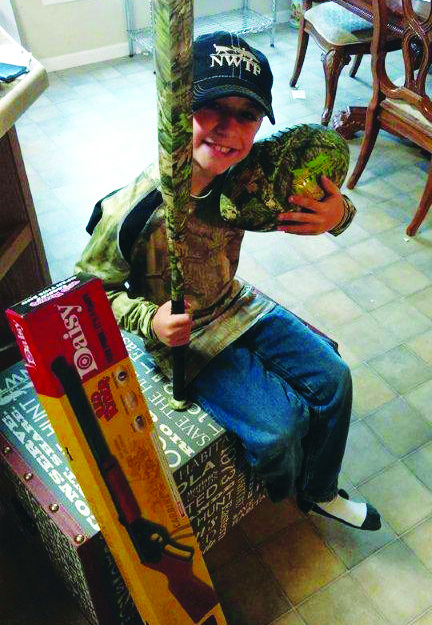 The daffodils are in bloom, there’s a pale green blush beginning to show on the tips of sweet gum branches, fresh green is beginning to peek through on lawns and along roadside rights-of-way.

What does this all mean?

Winter has been hanging on for too long for most of us. We get a day of sunshine and moderating temperatures and then what happens? Here comes rain, rain and more rain with temperatures chilly enough to require a jacket.

There’s mud and puddles everywhere but you know what?

It’s all going to change eventually.

Four days of thunder in late February promises, according to my dearly departed mama, cold weather returning for late April. Her premise was always…”if it thunders in February, it will frost on that same day in April”.

Although history has shown that it doesn’t always frost on those days in April, we will nearly always have a significant cool down about that time in April. Mark it down and see if it happens this year.

Having said that, spring will officially arrive, according to the calendar, in about three more weeks and between now and then, we’ll see more evidence of its approach.

One of the things those of us who are mesmerized by the gobble of a wild turkey will be primed to hear the thundering gobble of a long beard on the roost as hormones begin kicking in and the old boy starts thinking about romance.

For those who, like me, are addicted to the sport of springtime turkey hunting, this will be a favorite time of year for us.

As we begin the process of storing our deer hunting vests and dig out our turkey vests, we’ll go through it, picking up slate calls, diaphragm calls and box calls to see if you remember how they work.

Then we’ll plan to visit our woods, looking for tracks, droppings and feathers to see where the birds are hanging out. On clear crisp mornings, we’ll slip out to our woods to listen to the sound of a gobbler on his roost.

As important as is all this pre-season activity, there is another event that every turkey hunter who is hooked on these magnificent birds should be just as passionate about. Turkeys didn’t just show up in our woods by accident; they are there because of the work by the keepers of the birds, the National Wild Turkey Federation (NWTF) and the generosity of local chapters of the NWTF.

Banquets are held around the state for the purpose of getting turkey hunters and others interested in turkeys fired up and provide funds to see that we will have wild turkeys in our part of the world for not only us but our children and grandchildren to enjoy.

Several banquets have already been held around the state with others waiting on the horizon to kick off, including one in Jonesboro. The Dugdemona Gobblers will convene on Saturday, March 23.

Check with the local chapter for more details.

Typically, each banquet features a meal and following the feed-fest, attendees will have their shot at bidding on and taking home some of the guns, prints and other valuable turkey memorabilia that are certain to create a frenzy of bidding.

If you are hooked on turkey hunting or just want to have a part in seeing that these birds continue to thrive, make your plans for your family to locate a banquet in your area and mark your calendar so you’ll be there to be part of the worthwhile cause.

You’ll be glad you did. Not only you but these magnificent birds will benefit as well.