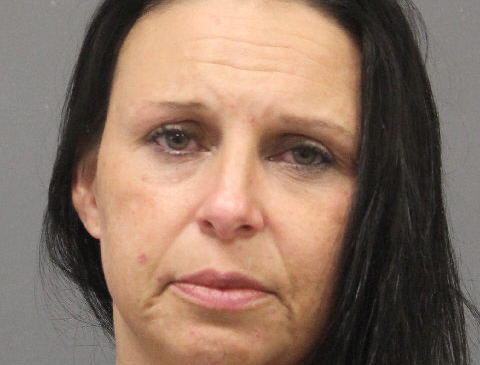 Two people reportedly tried to evade arrest by Webster Parish Sheriff’s deputies when they were seen at McDonald’s in Minden.
Deputies arrested Shawna Marie Franklin, 43, aka “Postal,” of the 100 block of North I-35 in Round Rock, Texas, for interfering with a law enforcement investigation.

David Ephraim Scott, 45, aka “Mule,” of the same address, was arrested on a warrant for criminal neglect of family.

Dep. John Lewis Jr. received information Thursday that Scott and his girlfriend, Franklin, were going to be at McDonald’s on Homer Road to pick up Scott’s daughter. WPSO had a warrant for his arrest for the above charge, reports said.

When Lewis arrived at McDonald’s, reports say Franklin got out of her vehicle and walked into the restaurant.

Lewis went to the back side of McDonald’s and waited until the two exited the restaurant. At that time, Franklin looked in the direction of the deputy and reportedly pushed Scott back inside. He later made contact with Franklin as she exited the restaurant and walked to her vehicle in an attempt to leave.

She was asked several times to exit her vehicle. Reports say she finally complied, and she was walked to the back of the restaurant with Lewis. She was told to stay there, and Lewis walked inside McDonald’s looking for Scott when he reportedly ran out
the other side of the restaurant.

He was later found walking down an aisle inside Brookshire’s Grocery and placed under arrest.

When asked why she pushed him back inside the restaurant, reports say Franklin told Lewis she knew Scott had a warrant for his arrest and she was trying to help him.

Franklin and Scott were both transported to Bayou Dorcheat Correctional Center for booking.