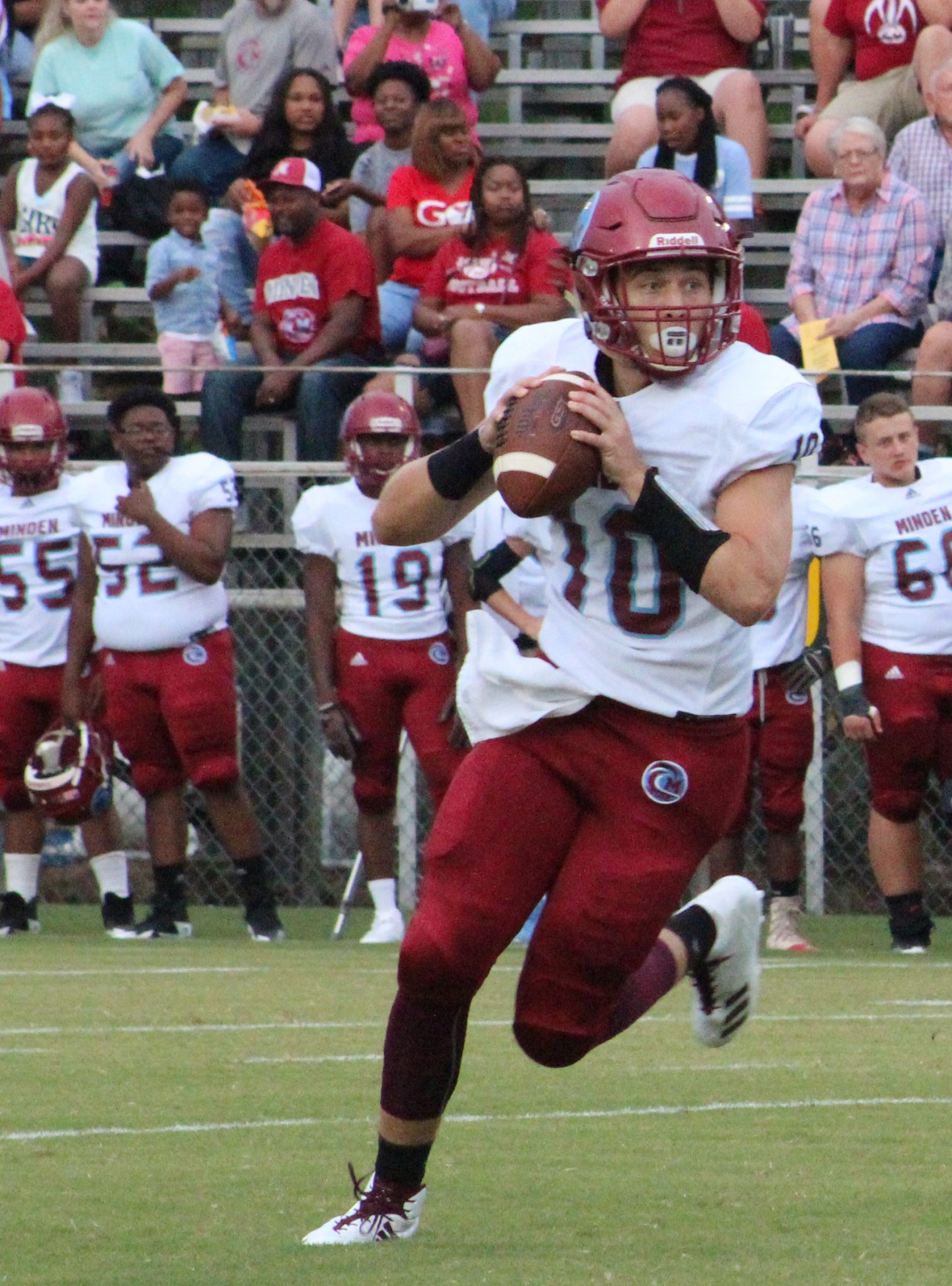 Minden has their work cut out for them Friday night in New Orleans. The Crimson Tide will take a nearly 6 hour bus ride to the Big Easy where they will meet McDonogh #35 for a Class 4A first-round playoff game.

The No. 10 Roneagles are led offensively by quarterback LeJohn Howard and an explosive cast of skill men, the best of which is four-star wide receiver Lawrence Keys III. Keys has offers from LSU, Notre Dame, Alabama, Auburn and plenty of other top-tier programs.

Their defense is not half bad either, allowing opponents to top the 20-point mark only three times this season. So, how can Minden get the job done and who has to play their best game?

Let’s take a look at some key matchups and players to watch from Minden’s side of this postseason matchup:

Position Battles
Minden OL vs. McDonogh DL Minden’s offensive line was a topic of discussion throughout this season. The unit struggled mightily at times in 2017, however the group has played better in the second half of the campaign.

Anchored by A’Rhonde Walker, Jonathan Rhodes and Noah Peters, the big boys will need to pave the way for a few explosive plays in Minden’s sweep and screen game, setting a wall in front of Roneagle defenders and making it harder to get clean shots on Patrick Heard and Decoriun Brim. Minden DBs vs. McDonogh WRs

The Tide have a pair of seniors at cornerback in Jecareon Lathan and Rodney Johnson, while safety AK Combs, a junior, leads the team in interceptions. All three will need to play their best to contain Keys & Co. on turf. If they can make the throwing windows small and create a turnover or two, it boosts Minden’s chances significantly.

QB Seth Tyler
Tyler has been a reflection of the team’s play, up-and-down. Friday night, he needs to not only avoid turnovers, but to actually connect on a few downfield throws. He has the talent, it’s just a matter of blocking out distractions and getting it done under the lights.

DE Stephan Wheeler
Wheeler is a lanky athlete off the edge who can disrupt the pocket for opposing QBs.

Defensive Coordinator Alan Ensminger will likely try and create havoc with pressure and Wheeler, a junior, is one of his best weapons. LB Bobbie Britton The sophomore sensation at the heart of Minden’s defense has been a beaming bright spot this season.

Britton is a natural-born leader and plays with passion on every snap. He’s also freaky fast and strong for his age. The future of Minden’s defense is here now, as Britton leads the team in tackles.

He’ll be the key to containing the speedy Roneagle skill men.