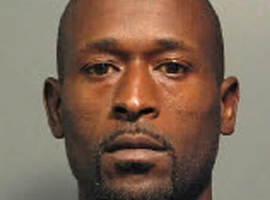 Facebook
Twitter
Linkedin
Email
Print
SPRINGHILL — A Springhill man was arrested after a woman came to the police department reportedly smelling of gasoline, claiming it was poured on her.
John “JB” Brown, 36, of the 200 block of 8th NW in Springhill, was arrested and charged with second-degree battery. Bond was set at $10,000.

Springhill police chief Will Lynd says the victim came to the police department, telling officers gasoline had been poured on her during an argument with the man she lives with, later identified as Brown.

“He and the woman he lives with have a pretty good history of domestic disputes,” he said. “On this date, they got into a domestic dispute, and during the process he threw gasoline on her. She came straight to the police department covered in gasoline. We had to get her into the shower and get the gasoline off before she was set on fire.”

Lynd says the victim told officers the two had gotten into an argument because Brown wanted her to take him somewhere and she refused. The chief says Brown told officers he threw gasoline on her because he was mad at her.

“She refused to press charges, so the Springhill Police Department picked up the charge,” Lynd said.

“You see this a lot of times in domestic cases where the women are scared of men and they’ll report it but won’t press charges.”

Even though she refused to press charges, Lynd says the charge will stand up in court because they have her voluntary written statement on the incident, and that is considered a legal document.

Brown was booked at the Springhill Police Department and transported to Bayou Dorcheat Correctional Center.