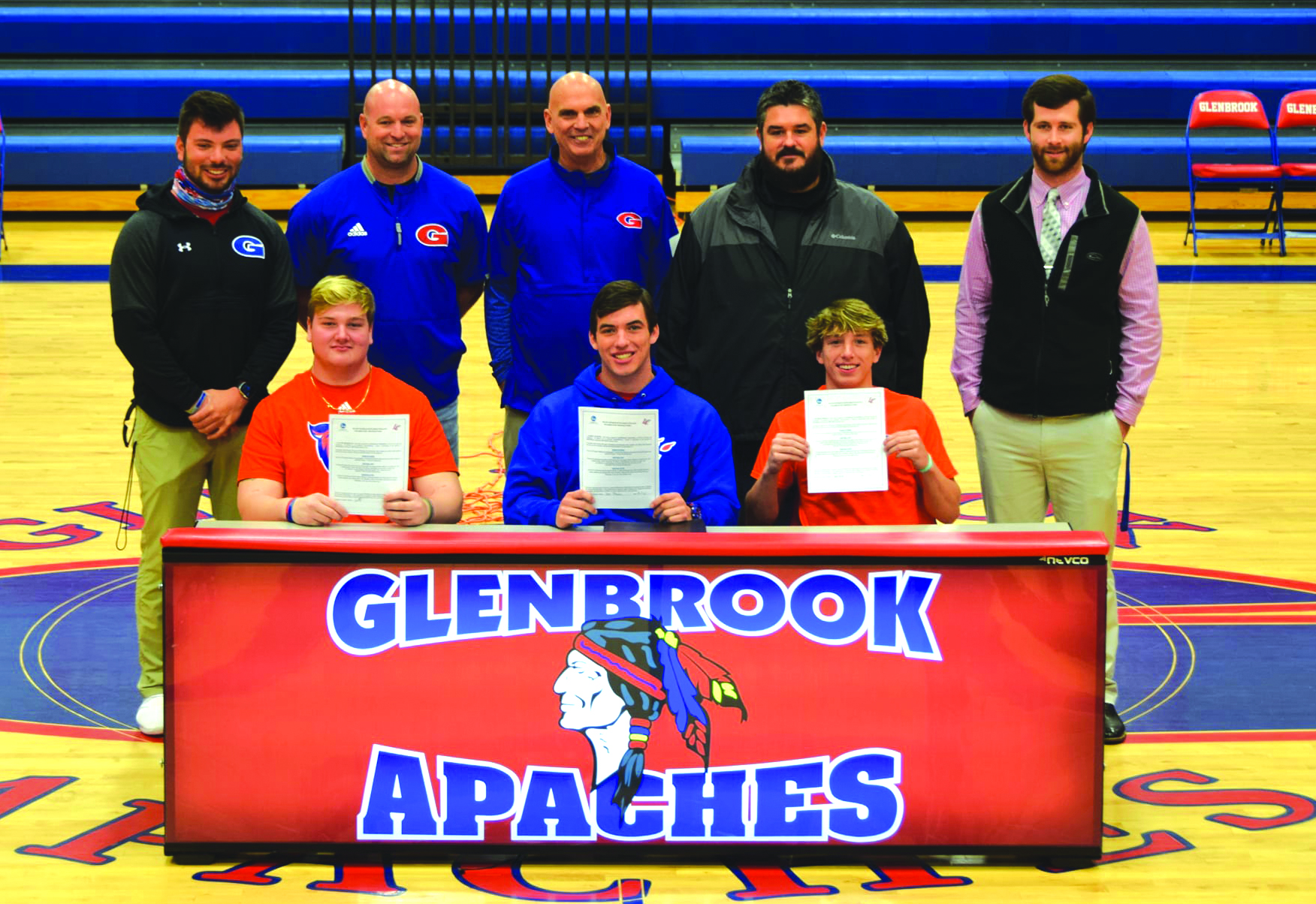 Sammy Feaster, Jackson Powell and Colten Bordelon of Glenbrook made one of the biggest decisions of their young lives this week, deciding to commit to continue to play football at Louisiana College beginning in the fall.

Powell, starting quarterback for Glenbrook the past three seasons, oversaw an incredible turnaround for the program. Just two seasons ago, Glenbrook struggled to put together enough numbers to field an entire team.

Now, they’re pumping out recruits and having signing day ceremonies. Powell, Feaster and Bordelon will go down in Apache history for turning around a program so quickly.

Feaster and Bordelon joined Powell as First-Team All-District 4-3A for their performance this season, which was capped off with a convincing 55-26 playoff victory over Centreville following another successful season.

They will be reunited with former Glenbrook coach Drew Maddox, who took on the head coaching role at LC a season ago.