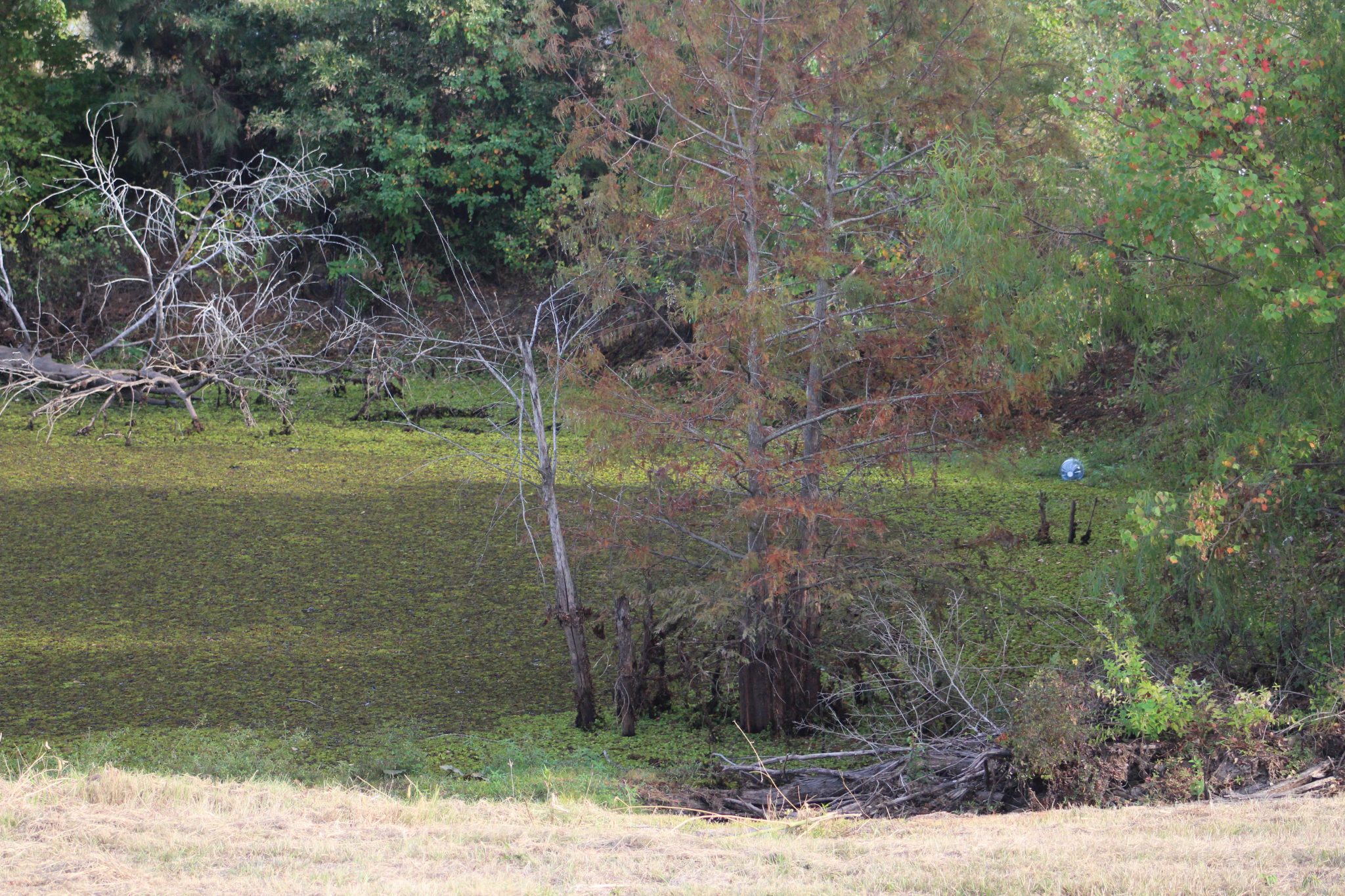 The dam gates at Lake Bistineau were opened Aug. 15, but the lake has only dropped about a foot and a half, Louisiana Department of Wildlife and Fisheries officials say.

Record rain during what is normally the driest part of the year and a delay in opening the gates has played a large part in the slow drop in lake levels, LDWF Biologist Manager Jeff Sibley said.

Slow moving weather patterns and warm water from the Gulf of Mexico left over from El Nino have contributed to the unusual rainfall in August. Sibley says if the water doesn’t drop enough between now and Nov. 30, the only thing that will keep giant salvinia down next year will be a cold winter.

What helped this year has been the flooding in March that pushed salvinia over the dam and out of the lake, officials said.

Data shows that on Aug. 12, roughly 5,800 acres of Lake Bistineau is covered in salvinia. Between July 19 and Aug. 9, salvinia nearly doubled in about six days. Sibley explained that the term “doubled” can be misleading in that it doesn’t double in coverage, but in biomass. That means it doubles in size, growing larger and up.

He showed slides from aerial pictography that showed the growth rate of giant salvinia, showing one slide from Hay Meadow north to Crane Lake where the salvinia has nearly choked the water area.

“It’s basically a solid mat of salvinia,” he said. “It was a large expansion during that time.”

Curtis Farmer, a Lake Bistineau resident, asked if it would help to leave the dam gates open longer due to the unusual rains this month.

“If it’s raining, the lake is going to fill up, gates open or not,” Sibley said. “I don’t think it’s going to change anything. The lake is falling slow right now because of all the rain that we’re getting.”

He said Bayou Dorcheat at Springhill has seen a significant rise which also impacts the fall of the lake.

“The later you get in the year, the more risk you run into,” he said. “If you’re going to get a tropical storm, this is typically when it is. The earlier in the year, the safer you are, historically, at getting the driest conditions. The hot, dry conditions are almost a sure-fire bet every year.”

Also up for discussion was the herbicide spraying. LDWF officials say while the drawdown is underway, they will be spraying the salvinia. Sibley says spraying will begin Monday under another contractor.

Supporters of the earlier drawdown date say the drawdown should have begun right after the Fourth of July holiday. Sibley says they compromised by giving the July 25 date to allow more recreational use of the lake. LDWF officials are monitoring lake usage following the Independence Day holiday to see how many users are actually on the lake during the summer months.

Sibley said they would have a more accurate number next year so they can determine a date that will work well for everyone. The drawdown date is based on historical weather data, which shows that July and August are normally the driest months of the year in Louisiana, Sibley said.

Others asked questions about other methods, such as tree cutting, pulling the salvinia out of the lake and other methods. Several methods have been studied over the years, and Sibley says the one thing that must happen is that it must be viable, cost effective and effective on a large scale.

Rep. Dodie Horton, District 9, attended Tuesday’s meeting and offered her support, saying they were doing a great job given the magnitude of the battle they face.

“What you have been doing for the last four or five years has enabled us to use the lake a good six months out of the year,” she said. “Now, without your management, we would be grazing cattle on it. I commend you for what you’re doing.”

The LDWF has been holding monthly meetings at their Region 1 office to answer questions regarding the giant salvinia and any concerns the public may have about Lake Bistineau.