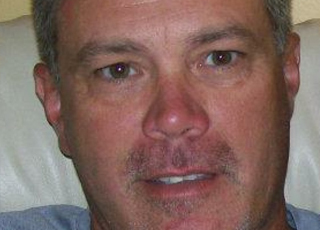 Facebook
Twitter
Linkedin
Email
Print
Funeral services for Todd Fisher, 47, of Coushatta will be at 11 a.m. Friday, July 8, 2016 at Rockett-Nettles Funeral Home Chapel in Coushatta with Bro. Randy Harper officiating. Interment will follow in Zion Cemetery in Fairview Alpha. Visitation will be held from 5 until 8 p.m. Thursday, July 7, 2016 at Rockett-Nettles Funeral Home.

Todd was born Feb. 21, 1969 in Minden and went to be with the Lord on July 5, 2016 after a long and courageous battle against cancer with his wife by his side. Todd enjoyed hunting, fishing and was an avid golfer. He enjoyed spending quality time with his wife, Nita, and cooking for family and friends. Todd was a member of Bellaire Baptist Church in Bossier City. He was employed with Hilti as an account manager.

Todd was preceded in death by his father, Charles Alfred Fisher.