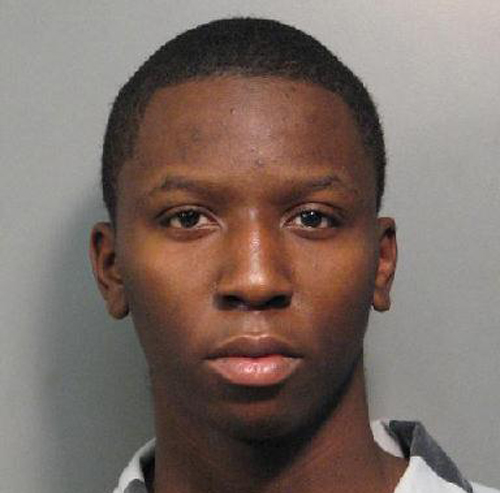 Minden police arrested a fugitive wanted in a stabbing.

Capt. Julie Harmon says police were dispatched to Minden Medical Center around 11:30 a.m., Tuesday, May 24, in reference to a stabbing. During the interview with the victim, detectives learned that he’d been on the side of the road on Rebecca Street to check a tire on his vehicle when Damarcus Trayvon Green, 19, of the 300 block of Abney Street, came from behind a residence and swung at the victim while holding a knife. Detectives say the knife struck the victim in the lower chest area, causing a laceration.

“Detectives got a warrant for Green for aggravated second-degree battery,” she said. “He was arrested on May 25 at a residence on Martin Luther King Drive.”

Green was arrested in the 600 block of MLK Drive on that offense in addition to state warrants unrelated to the stabbing incident, she said.

Green was arrested and brought to police headquarters where he was placed into a holding cell. Green was also arrested for unauthorized use of a motor vehicle, Harmon said, stemming from an incident on Wednesday, May 18, when he took his sister’s vehicle without her permission.

According to reports, he told detectives he drove the vehicle all over town until police attempted to “get out with him” and he ran from them.

The stabbing victim was treated for his injury and released from the hospital. He then filed charges against Green, detectives said. Reports do not indicate if Green admitted to the stabbing.

He was transported to Bayou Dorcheat Correctional Center where bond was set at $75,000 for the aggravated second-degree battery offense and a hold was placed on him from the Minden Police Department.