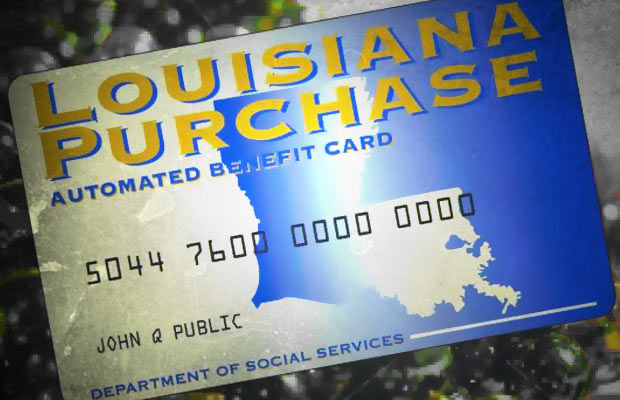 Edwards won approval to sidestep a federal requirement that childless adults aged 18 to 49 have to work at least 20 hours per week or be enrolled in a federally approved job training program to receive the food aid.

States that meet certain U.S. Labor Department criteria have been able to get waivers from the work requirements in federal law. Former Gov. Bobby Jindal had sought to let Louisiana’s waiver expire, with his administration saying the job mandate would help people “break the cycle of poverty.”

But Edwards requested a reinstatement of the waiver after taking office this week. The U.S. Department of Agriculture granted his request Wednesday, waiving the work requirements retroactively from Dec. 1, 2015, through Nov. 30 of this year.

“We need to help people help themselves instead of allowing them to wither on the vine. Instead of giving someone a fish, we should teach them how to catch fish,” the Republican treasurer said in a statement.
U.S. Rep. Charles Boustany, R-Lafayette, also issued a statement on the waiver, though he criticized the Obama administration for granting the waiver that Edwards requested.

“We simply must require work for welfare. President Obama may not like work requirements, but they honor our values and work ethic, and they send a clear message that welfare should be transitional and temporary, not a way of life,” he said.

Boustany is running for a U.S. Senate in the November election. Kennedy also is considering the race, which features an open seat because Republican David Vitter said he won’t seek re-election.

The food stamp work requirements were supposed to begin Jan. 1, threatening an estimated 31,000 people with loss of the assistance they receive through the Supplemental Nutrition and Assistance Program, or SNAP, according to the Edwards administration.

Edwards said Louisiana’s high unemployment rate qualifies it to skip the work mandate. His administration said the state has had a waiver for 19 years. Edwards said he wanted a one-year extension so his administration has time to bolster state worker training programs.

“No one was cut off of benefits,” said Julie Baxter Payer, deputy chief of staff to Edwards.

Some food stamp recipients, however, might see a short delay in getting their monthly assistance. Payer said the latest people will get their regular benefits is Jan. 20. She said the dollar amounts, if they were delayed, won’t change.