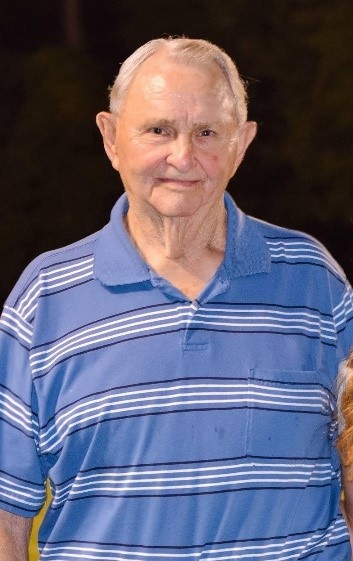 Reuben Allen “Rock” Tuggle, 86, of Homer, LA moved to his heavenly home on January 8, 2023. His work on Earth was done and Jesus called him home.

Rock was a 1956 graduate of Homer High School. He served in the United States Army National Guard from 1954 to 1956. He worked at the Louisiana Ammunition Plant in his early years and retired from the Town of Homer. Rock loved his family and friends. His greatest blessings were his children and grandchildren. He loved to cook for himself and others. He was an avid reader at the Claiborne Parish Library. He loved working in his yard. When you passed by his house, he was either working in the yard or sitting on his porch visiting with friends.

He was known as “Pepaw” to his grandchildren, who were the lights of his life. He always would tell them they saved his life. When he was 64, he accepted Jesus as his Lord and Savior. He loved the Lord and read his Bible daily. He prayed for everyone he knew every day. We are so thankful that the Lord gave him to us. We are rejoicing knowing that he is in Heaven with Jesus.

A Celebration of Life Service for Rock will be held Thursday, January 12, 2023, at Cornerstone Church in Homer at 10 am. In lieu of flowers honoring Rock, the family requests memorials be made to St. Jude.