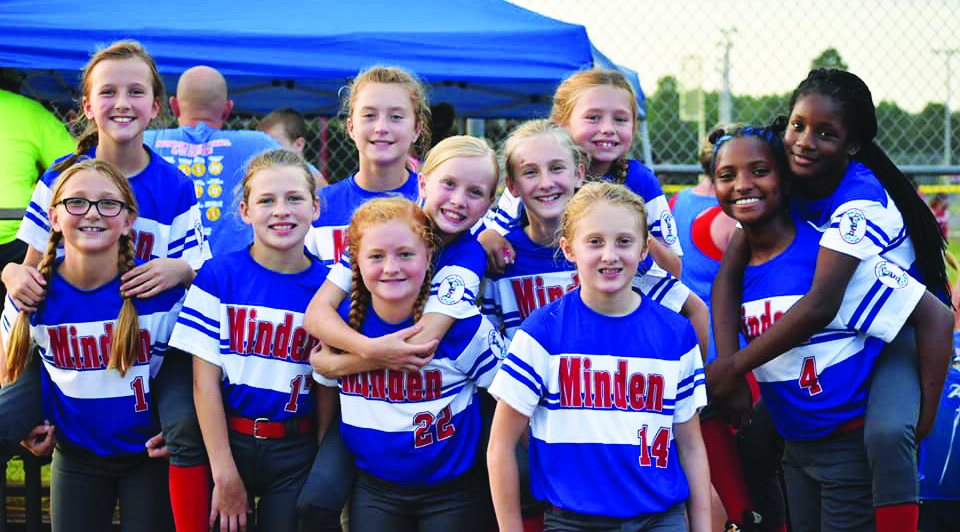 The Dixie state softball tournaments will be packed with teams from Minden.

The 6-U Sweeties from Minden clinched a spot in the state tournament in Pineville on Tuesday night by winning the District 4 championship.

The Minden Darlings (7-8 year olds) beat Haughton 17-2 to claim their spot in the state tournament as Trinity Edwards and Emilee Ware led the way with two doubles each.

Stormy Middleton had one single, a double and a triple and McKinley Harris had three total hits for the Darlings.

The Minden Angels beat Union 19-8 to take the District 6 title and sew their own spot in the state finals.

The Angels will travel to Alexandria to begin their quest for a state title on July 12.