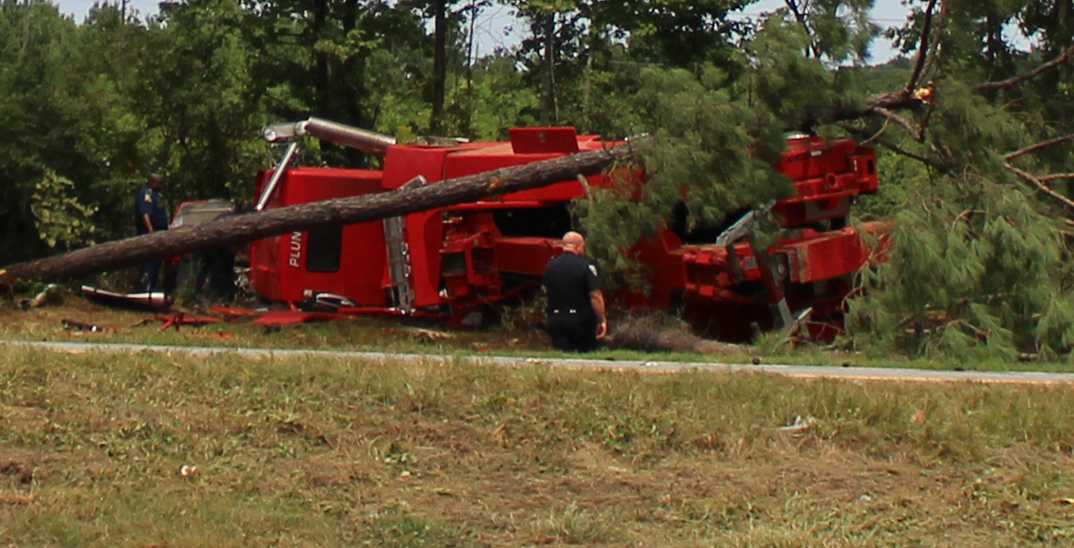 A rollover crash had one lane of Interstate 20 down for several hours Monday afternoon as the driver of an 18-wheeler tow unit was airlifted to University Health for major injuries, but non-life threatening. Minden police responded to the crash around 1:30 p.m. where the driver was trapped inside the vehicle. Officers at the scene say around mile marker 49 westbound, the tow unit apparently had a blowout causing him to roll the vehicle and strike several trees in the wood line. Ofc. Kenneth James, Lt. Seth Young, Lt. Wayne Young and Ofc. Russell Engi were the responding officers. Also assisting were the Webster Parish Sheriff’s Office and Louisiana State Police. The name of the driver has not been released as of press time.