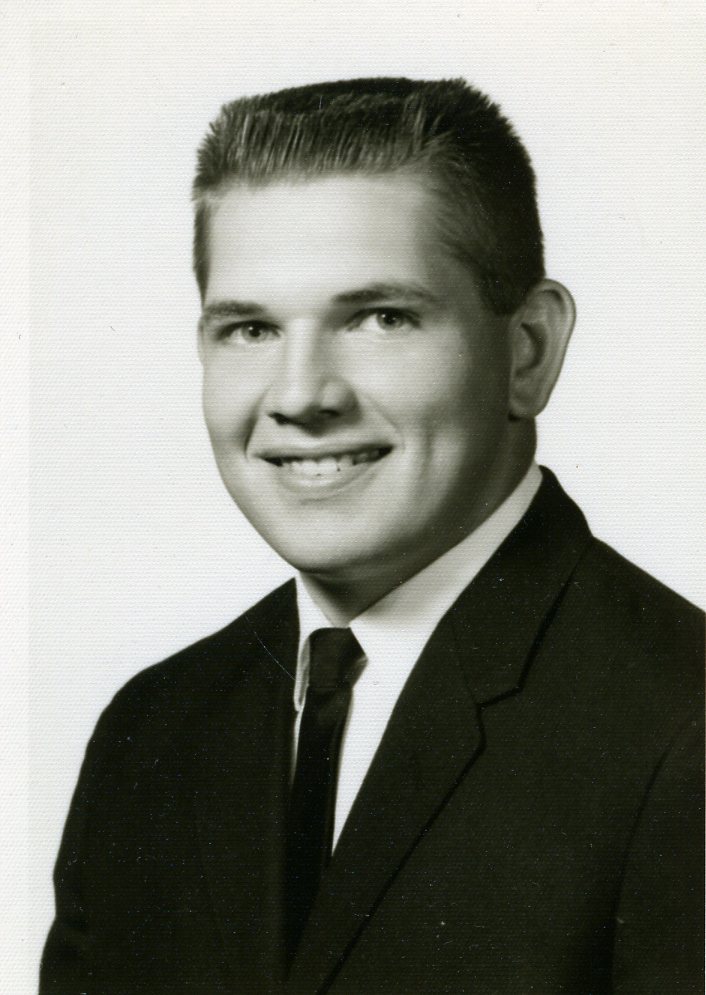 A memorial service to celebrate the life of Ronnie Brown will be held at 11:30 am on Wednesday, September 16, 2020, at the First United Methodist Church in Minden, La.  Visitation will begin at 10 am at the church until the beginning of the service, with a graveside service to follow at the Rose-Neath Cemetery in Bossier City, La.

Ronnie passed away on September 12 at his home in Bossier City surrounded by his family after a lengthy illness called Inclusion Body Myositis.

Ronnie was born on September 30, 1946, in Minden, where he would spend the majority of his life. He was a 1964 graduate of Minden High School and a member of the 1963 AA State Championship Football Team where he was a full back as well as played on defense. After graduation, he attended Louisiana Tech University on a football scholarship, where he was a defensive end for three years and a defensive tackle his final year. Ronnie earned a bachelor’s degree in Secondary Education, and later a Master’s Degree plus 30 certification in Educational Administration from Tech.

Ronnie married his high school sweetheart and the love of his life, Connie McLemore on August 12, 1966, and just celebrated their 54th wedding anniversary last month.

Ronnie dedicated 33 years to educating the students of Webster Parish. He began his teaching/coaching career in 1969 at Minden High School where he taught physical education and coached football and then taught at Lowe Middle School from 1970-1977 where he was a 7th grade science teacher and the girls’ basketball coach. He returned to Minden High School as the Assistant Principal from 1977-1979 and in the fall of 1979 became the principal at Lowe Middle School until 1987.  Ronnie spent one year as principal at Harper Elementary School before becoming the principal and occasionally football coach of the Sarepta High Hornets until 1994.  Ronnie ended his career at the Webster Parish School Board, first serving as Secondary Supervisor from 1994-1999 and then as the Assistant Superintendent until his retirement in 2002.

Upon retirement, Ronnie focused on his grandchildren, family, and his love for golf.  “Booger” enjoyed traveling and keeping his friends on their toes out on the golf course.  He was a man of many hats:  son, husband, father, grandfather, teacher, principal, coach, hero, and friend to name a few.  He fought the good fight and lived life to the fullest until his body gave out and is rejoicing with his heavenly father until we meet again.

He was preceded in death by his parents Clyde and Rita Brown and his sister Geraldine Brown.

He is survived by his wife Connie McLemore Brown, daughter Renee Brown Ponder, granddaughter Caroline Ponder, and grandson Benjamin Ponder, all of Bossier City and Aunt Alice Adams of Minden.

The family would like to say a special thank you to the Willis Knighton Hospice staff, especially Christy Graham, RN and Mrs. Gala Oswalt, and the numerous friends, family, and home health care workers that have guided us through the final stages of Ronnie’s life.  Thank you, God, for always placing such wonderful people in our lives that helped us along this journey.

In lieu of flowers, donations can be made to The Myositis Association and Research Center at www.myositis.org.