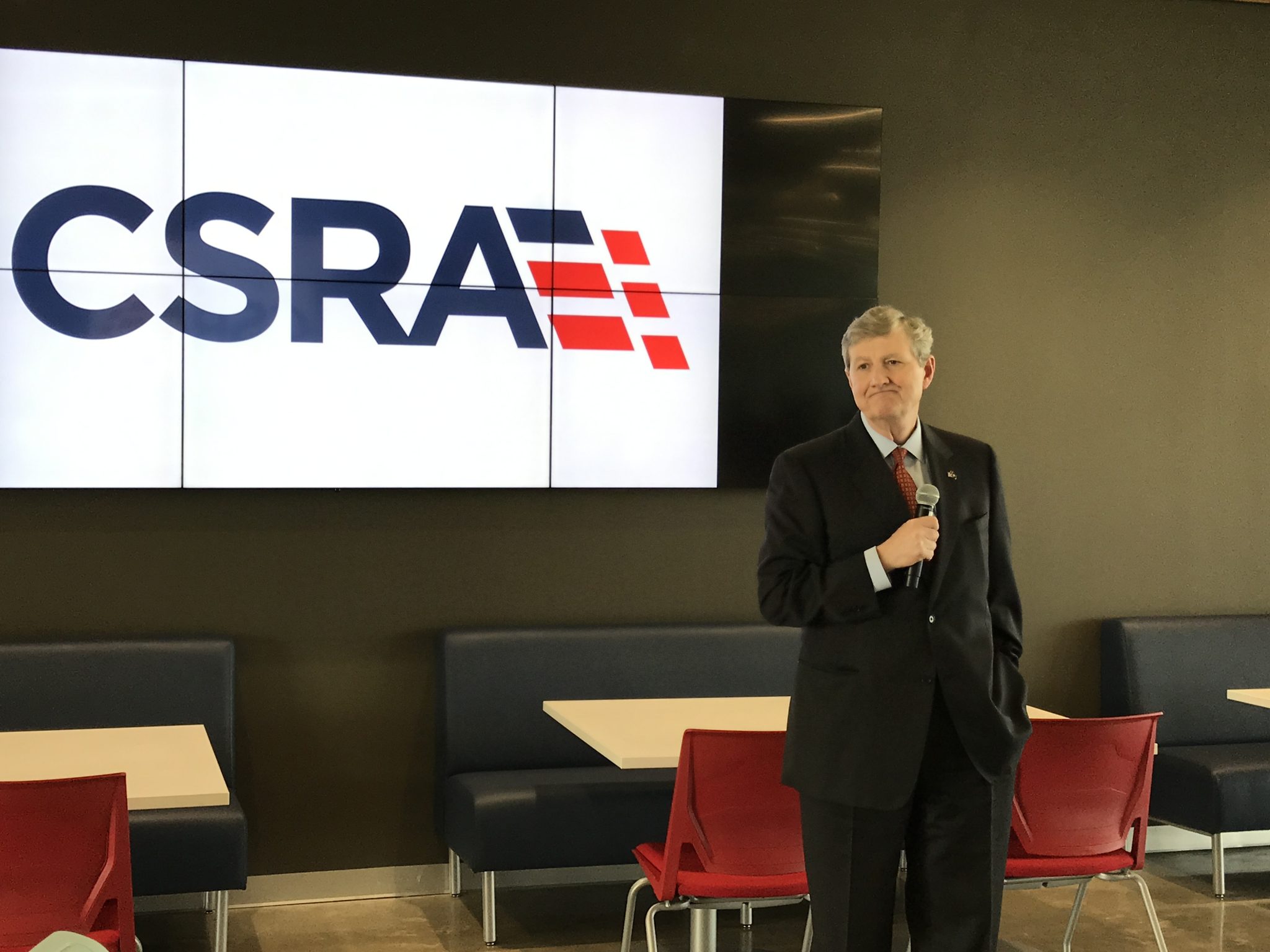 Kennedy gave his perspective from the Senate, defining his first year as a cross between ‘Mr. Smith Goes to Washington’ and ‘The Gong Show.’

“It’s been very interesting. You have good days, you have bad days but you never have a boring day. We’ve accomplished more than you would know from the national media.”

He said the most important issue Washington will address is three things: jobs, jobs, and jobs.

“The economy is growing at 1.6 percent, some people think that’s okay. If you go back 30 years before 2008, the average G&P growth was 3.1 percent. So the talking heads who think 3 percent is nirvana — it’s not, it’s normal,” Kennedy said.

Kennedy said businesses in Louisiana need lower taxes, reasonable regulations, decent infrastructure, and a skilled workforce.
He said the Senate is going to commit to tax reform with the goal of accomplishing it by November.

“We will make it retroactive to the first of the year and watch this economy roll,” he said.

“My main objective on the personal side is to make sure everyone is helped, especially our middle class.”

During a brief question and answer session, Louisiana Representative Dodie Horton, R-Haughton, told Kennedy she hoped he didn’t give up on the elimination of Obamacare, which came one vote short of a repeal and replacement in the Senate.

“We will not quit. This time next year, the Affordable Care Act will not be in existence,” Kennedy pledged.

“You’ll have bipartisan support, the problem is there’s not a plan to pay for it,” Kennedy explained.

His plan is to utilize tax dollars from overseas companies, who have made $2.6 trillion, by lowering their tax rate to allow them to bring that money back into the country.

“A lot of the companies want to bring that money back but they’re not going to for 35 percent (taxation),” he said.
In Louisiana, Kennedy said the issue is that Louisiana residents don’t trust the Louisiana Department of Transportation and Development.

“We bring in $600M of state money and $700M in federal money, and DOTD spends every single penny on overhead. The legislature passes a capital outlay bill, and we always put more than we can fund. The governor makes the decision on what can be funded, and he trades projects (support) for votes in the legislature.”

After Kennedy’s comments, he handed the mike to U.S. Rep. Mike Johnson. He echoed Kennedy’s overall theme when he said there is a lot to be positive, but a lot of work remains to be done.

“There’s a lot of hope in this country and a lot of that relies on that Congress is going to make good on its promises. So there’s this anticipation and the longer we delay, the more dangerous it gets because that hope doesn’t last forever,” Johnson said. “Our colleagues are in their districts and they are getting an earful, their constituents are saying, ‘You said you’d get the job done, so go get it done.’ And I think we’ll get the job done.”