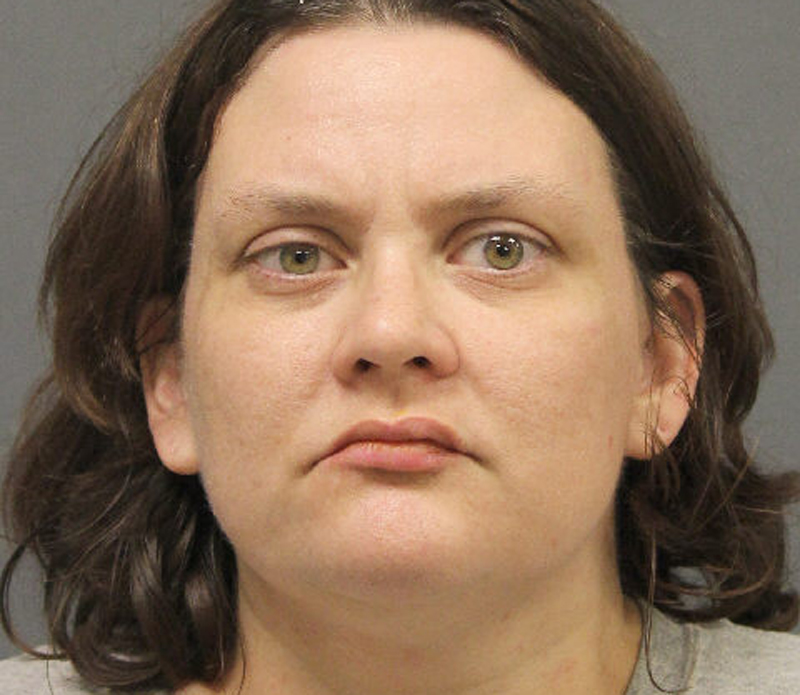 The woman who was shot by her 7-year-old nephew has been arrested for lying to Webster Parish Sheriff’s investigators about the shooting.

Deputies arrested Amanda Gibson, of Dogwood Trail, Thursday on the charge of obstruction of justice.

Gibson was shot Friday afternoon when her 7-year-old nephew shot at her four times at close range with a .22 lever action shotgun, striking her twice, following a dispute over food.

Sheriff Gary Sexton said the investigation revealed he retrieved the gun from a locked gun safe and is known to have anger and behavioral issues. Investigators say this is not the first time the boy had access to weapons and ammunition. Bullet holes were discovered in the home during the preliminary investigation, he said.

Gibson, her father Billy Gibson and her sister (the child’s mother), Angela Gibson, all told deputies at the scene the shooting was an accident, but Sexton believes the boy intended to shoot her, because the shells had to be ejected and the weapon reloaded.

Det. Lt. Scott Tucker, in his report, said the three lied to police, along with the boy’s grandmother, Cheryl Eaton Lee. Tucker said Angela Gibson was on the phone with her sister when the shooting occurred but waited more than an hour to call 911. She instead called Lee, who reportedly knew the child had been shooting the gun and that Amanda Gibson had been shot.

“(Lee) knew the shooting happened at 1:10 p.m. and she didn’t contact emergency services, and did not tell the truth to deputies about the shooting at the scene, even though she knew what really happened,” Tucker said. “Lee also admitted that she knew of past incidents of the child shooting but did not disclose that to law enforcement either.”

Amanda and Angela Gibson and Lee were charged with obstruction of justice, and Billy Gibson was charged with felony contributing the delinquency of a juvenile because he reportedly knew the child was shooting the gun unsupervised.

Sexton said the child was released into the custody of other family members and the Department of Children and Family Services was contacted. He was not criminally charged, because the law dictates that a child his age cannot form intent.

“He intended to shoot her,” Sexton said. “He shot at her four times.”

All were booked into Bayou Dorcheat Correctional Center.