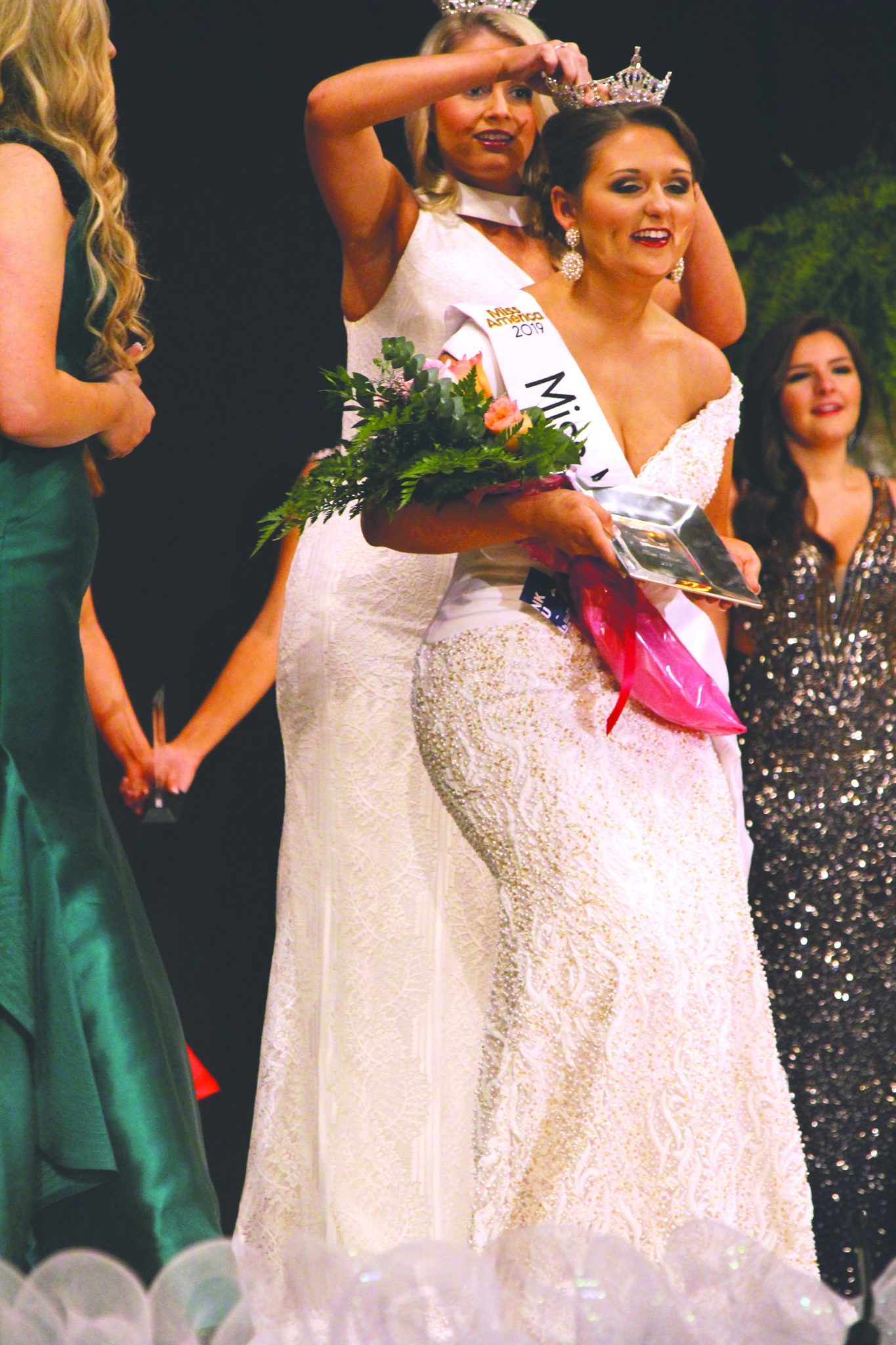 Brent is a 2018 graduate of Louisiana Tech University with a Bachelor of Science in Nutrition and Dietetics.

Brent is currently a substitute teacher, as well as the choreographer and co-sponsor for the Lakeside Warrior Girls dance team. Sharity will be applying for a dietetic internship in December.

“I grew up watching the Miss Minden pageant each year and always looked up to those girls. As a senior in high school, I decided to compete for the first time. I had a lot of fun and I continued to come back each year hoping to win the title,” Brent explained.

Brent was persistent in her dream of becoming Miss Minden.

“I have been competing for this title for so long and I just can’t believe my dream actually came true. I definitely have a story to tell on perseverance and dedication. I never gave up and I want to inspire others to follow their dreams too,” Brent said.

Brent wore a white beaded gown and answered the question “Do you think that any person who serves in a government office should serve at least one term in the military? Why or why not?”

Brent performed a dance she choreographed herself to the song, Warrior by Havana Brown.

“I am looking forward to going back to Miss Louisiana and being able to represent my hometown this year. I also am looking forward to being involved around town as much as I can whether it’s parades, promoting my platform or the St. Jude Auction. I want to do everything I can to promote Minden and make the most of my year,” Brent said.

The event was hosted by Miss Louisiana, Holli Conway who also performed. Several other queens and local organizations performed as well such as the Louisi-annes and the Cydni’s School of Dance competition team.

Brent receives a $1500 scholarship as part of the prize for winning. Brent will go on to represent Minden at the Miss Louisiana pageant Summer 2019.