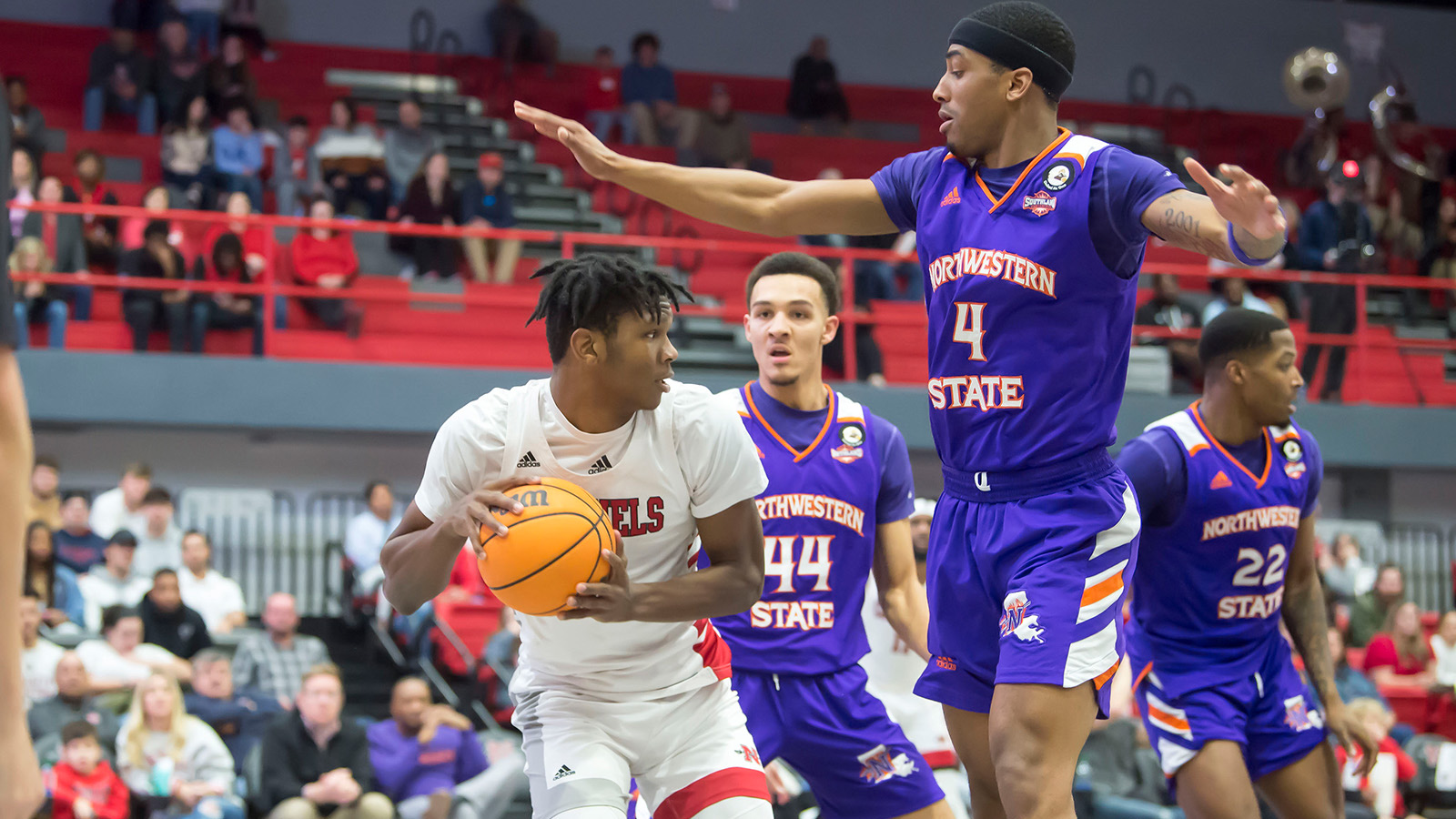 The Demons nearly climbed all the way out of a double-digit deficit only to see the homestanding Colonels pull away in the final 10 minutes of the game to grab a 77-63 victory inside Stopher Gymnaisum and a split of the two-game season series.

“Nicholls has a great ball club,” first-year head coach Corey Gipson said. “I believe before today they were 37-3 in their last 40 games at home. They always give a valiant effort at home. They played extremely well. They changed their lineup. The guys who started played with tremendous edge. Their staff had their guys ready to play.”

Because of the slow start, Northwestern State found itself chasing the game throughout as Nicholls (8-9, 3-2) built a 12-point lead at 19-7 a little more than midway through the first half on Pierce Spencer’s 3-pointer.

Spencer, who was held to five points in the Demons’ 68-48 win in Natchitoches a week ago, had 11 points at the break, sinking 3 of 4 3-pointers. His performance, along with that of Caleb Huffman (13 first-half points), was emblematic of Nicholls’ fast start.

Northwestern State stayed within striking distance by finding its offense late in the first half, hitting 9 of its final 16 shots, including a 3-pointer by Ja’Monta Black with less than a second remaining in the half that cut the lead to 39-31.

The Demons put together their best six-minute stretch of play to start the second half, cutting the Nicholls lead to two at 49-47 on the third of Black’s four 3-pointers in the game.

A Nicholls block kept the Demons from tying the game and, two possessions later, Huffman’s steal and transition 3-pointer doubled the Nicholls’ lead to 54-48, setting in motion a 14-3 run from which the Demons could not recover.

“We didn’t deserve a good outcome today,” Gipson said. “Sometimes you can play and deserve the outcome. We have a team that’s still growing in different areas. Even if we had gotten the outcome today, we would not have been deserving. Nicholls was deserving. They outplayed us. They out-executed us today on both sides of the ball.”

Huffman kept Northwestern State at bay in the second half, scoring 16 of his game-high 29 points in the final 20 minutes, shooting 7 for 11 from the field.

Spencer added 14 while Lance-Amir Paul chipped in 13 and a game-high six steals, helping the Colonels force 18 Demon turnovers. Nicholls converted those miscues into 21 points, giving the Colonels a 12-point advantage in that category.

The Demons return to action Thursday when they travel to Southeastern. Tipoff is set for 7:30 p.m. at the University Center.