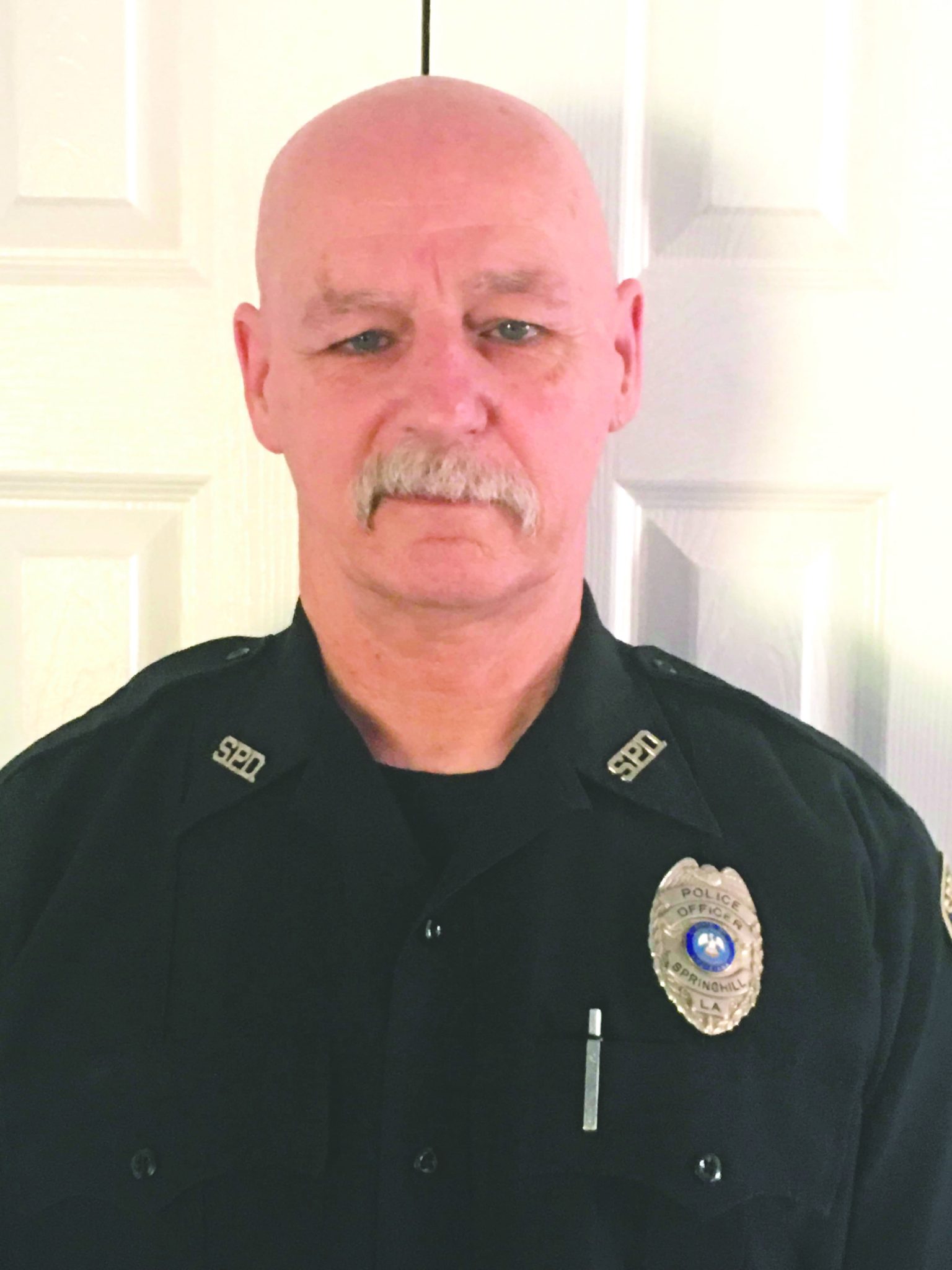 SPRINGHILL – Three outstanding officers get to hold their heads a bit higher, after Police Chief Will Lynd announced the winners of the Springhill Police Department  Annual Awards last week.

“I’m both very happy and extremely honored to have been chosen as Springhill’s Officer of the Year,” said Rhodes. “It really means alot to me.”

Rhodes has been with the SPD for over 6 years, and prior to that served 23 years in the US Navy.

“I’m proud of all my men, always. It’s a tough decision to make every year,” said Lynd. “But these three men have done an outstanding job throughout the year and are most definitely deserving.”