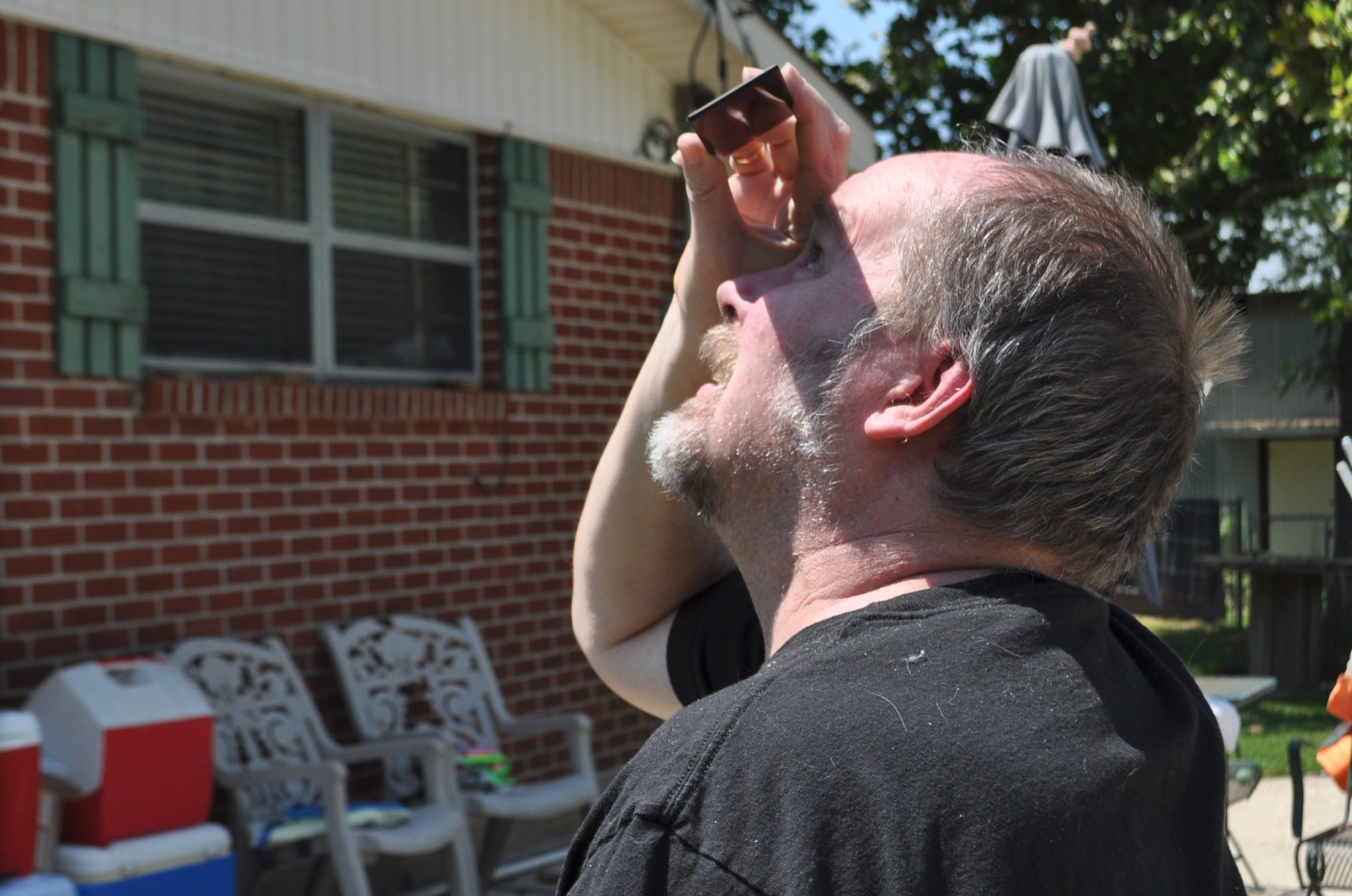 It happened 38 years ago, and Monday it happened again – a total solar eclipse by the moon.

The eclipse could be seen by millions across the United States, and parties were thrown everywhere to celebrate one of nature’s wonders, while others watched the eclipse from the solace of their back yard. Larry Turner, of Minden, sat in his backyard and watched from behind a welder’s hood lens as the moon crossed in front of the sun. He said he saw it the first time in 1979 at the age of 18.

“I had just graduated high school,” he said. “It was something to see, and you could say ‘you done it.’ I remember seeing it through a welding lens then.”

The welding lens cuts the glare from a welder’s arc, and clearly showed the moon crossing 80 percent of the sun in Louisiana.
Across the nation, from Oregon to South Carolina, the moon completely covered the sun. It was the first total solar eclipse since 1918.

The shadow of the eclipse — a corridor just 60 to 70 miles (96 to 113 kilometers) wide — came ashore in Oregon and then traveled diagonally across the Midwest to South Carolina, with darkness from the totality lasting only about two to three wondrous minutes in any one spot.

The rest of North America was treated to a partial eclipse, as were Central American and the top of South America.

NASA officials say eclipses occur because the sun and moon appear to be the same angular size.

“The sun is 400 times wider than the moon, but it is also 400 times farther away, so they coincidentally appear to be the same
size in our sky,” according to NASA. “This is what allows us the phenomenal beauty of the total solar eclipse.”

NASA predicts the next total solar eclipse in the U.S. will be April 8, 2024, and track “northeast from Texas to Maine and cross the path of the 2017 eclipse near Carbondale, Illinois.”