Home Uncategorized Tales of summer fun, from crawfishing to not dancing 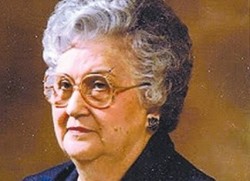 During the depression, in the early thirties, my mother and I visited her brother each summer. My uncle Louis had several children, a son, Otis, my age, about 8 or 9,, and another son, Bill, a son, Lynn, and a daughter, Lucille, who was older than I. (I didn’t think she was, I thought I was just as old as she was.) They lived near Alexandria, maybe not traditional French country, there were a great many French speaking people who lived there – they did not speak textbook French, but a patois. It gave such a lilt to their speech. Many of my cousins’ friends were among these people. Uncle Louis’ second wife (the mother of his children had died) was a French woman whose family name was Du Bois. I loved to hear her sing the little songs in her French dialect.
Visiting the Farm

It was so much fun to visit them, because their lifestyle was so different than ours. We lived in Shreveport and they lived on a farm, and had the usual farm animals such as cows, horses, pigs and chickens.

At least once a week they got together their provisions and we all walked down to a nearby river.

Fish were plentiful and all along the banks of the stream in the shallow water were crawfish – big, big crawfish. My aunt Georgia had brought along a big cast iron skillet, a big coffeepot, meal, salt, lard, onions, and, of course, coffee for the pot. There was a big pan of cornbread that had been baked for the fish fry. Serving utensils were packed to carry, too.

The boys quickly gathered enough wood for the fire and while the others fished, they got a good fire going to fry the fish. I went along with the cousins as they waded out into the shallow water along the bank and quickly nabbed several crawfish. They were adept in pinching off the tails, peeling and deveining them, quickly. The three of them worked and in just a short time there was a large pan of crawfish tails ready to fry. Meanwhile Uncle Louis, my mother, and the older cousin had caught several nice size fish. The men cleaned the fish while my Aunt Georgia mealed and fried the crawfish tails. The fish, when they had been cleaned and filleted, soon were fried to a golden brown. There on the banks of the stream under big shade trees we enjoyed our fish supper. There was no tea that I love with my fish today with lemon, nor was there french fries, hush puppies nor slaw. Just fish, cornbread, onions and black coffee. The coffee grounds had been boiled in the water and the resulting brew had to be strained to keep from getting grounds in your cup of coffee (black coffee.)

These were the hard times of the depression. I knew that with such a large family meal planning was hard as well as expensive because it took a lot of food for three sons and a daughter. And so, I just associated crawfish with hard times and the depression. I thought you had to be in a really bad financial shape to eat crawfish. The fish was alright because that was an accepted food in my home, but crawfish? That was another story. So, it came as a great surprise to find that now most people consider crawfish a delicacy. Recently I ate some again and then remembered how good they were.

Among the other things I learned on those visits was my experience with horseback riding. There was one gentle old horse that allowed the three younger children to ride her at once. They did not put a saddle on or a bridle. They just piled on and guided her with a pat on the neck and she slowly plodded until they reached their destination. Now when I came they invited me to join them in their ride. Somebody put me up behind the third person on the horse’s back. with three people already in place I found myself sitting on the part of the horse’s rump that started to slope down to the tail.

After a few trips over some terraces, I found as the horse started over the next one that I was slipping off the back. In desperation, I grabbed everything, and I do mean EVERYTHING, as I passed by, including her tail, on my way to the ground. I wound up on the ground between her feet.

Patiently she stood still while they scrambled down and got me out from under the horse. The horse had sense enough to know that I did not have sense enough to ride that way, and so she did not step on me. That ended my horseback riding forever.

On Saturday nights the young people of the community gathered at my uncle’s home. My mother had forbidden me to ever dance and she did not want me to even be where there was dancing.
My cousins had an old wind-up victrola and it would play one record until you wound it again and it played another record.

The nights were hot without air conditioning or even fans. But these young people whirled around the open floor, sometimes almost running into each other. The furniture was pushed back but still the room was small and there were a good many young people who came in to dance besides my four cousins. I was fascinated. I had never seen dancing before, and I have never seen dancing just like the ones they did since. I think it must have been a French custom to dance the way they did. But it really looked like fun and they had a wonderful time.

On an adjoining farm there was a Johnson family. The old father in the family must have been at least in his eighties. Late in the afternoon he would often walk down to my uncle’s house and sit on the front porch, and rock. From time to time he would doze off, perhaps he dreamed, and sometimes he talked in a low voice. I had never seen anybody like him with his long white beard. I listened as he told of how during the battle that blood ran down the hill like water. I discovered that he had fought as a boy of about 16 at the Battle of Shiloh during the Civil War. As he dreamed he relived the horror of battle. He would stay for a time, drink a cup of coffee, and then slowly walk back home. While my son John attended Ole Miss, I visited him and he carried me to see the battlefield at Shiloh, and he pointed out the pond that had filled with blood dring the battle. This coincided with the old man’s memories.

Later my cousin, Lucille, grew up and married one of the boys with the French name – LeMoine. As I look back I remember all the happy times, I remember my first crawfish, and I remember seeing the first dancing I had ever seen. I can’t forget my one horseback ride. I also remember that there was a shortage of money but not a shortage of love. Those were happy times.

Now, if I were in grammar school I would entitle this “What I did on my summer vacation.”

Juanita Agan submitted a weekly column to the Press-Herald for more than 15 years until her death in 2008. She was a resident of Minden since 1935. The Press-Herald is republishing select articles from Mrs. Agan’s Cameos column every Wednesday.