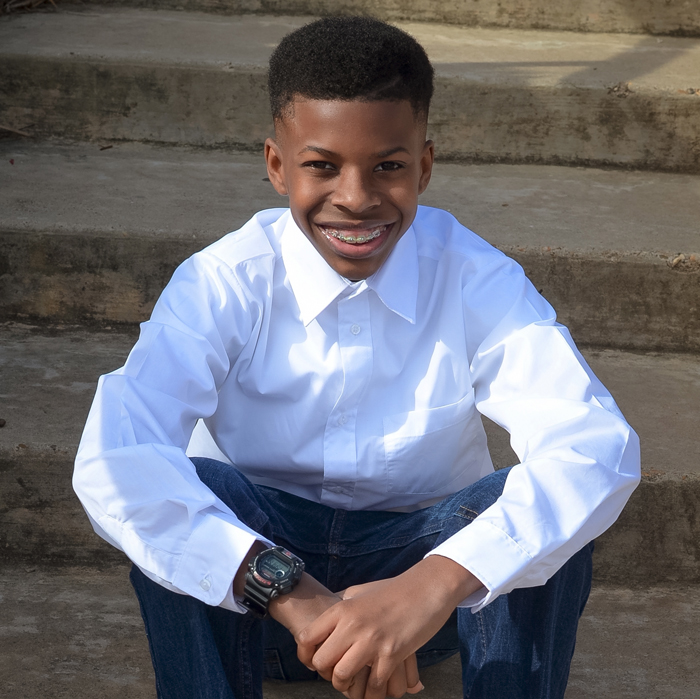 Taz’Dariun J. Harris (Taz) was born on June 9, 2000 to Tonganika Z. Harris and Shawn R Harris. Taz’Dariun was born in Jacksonville, Florida later to move to Minden, Louisiana at the young age of six months old. Taz’Dariun accepted and believed in Christ. He attended
Mt. Pilgrim Baptist Church under the leadership of Rev. Billie J. Hawkins.

Taz’Dariun received his formal education through the Webster Parish School System. He attended K-5th grade at J. L. Jones Elementary, sixth grade at J. A. Phillips, seventh – eighth grade at Webster Jr. High, and ninth – tenth grade at Minden High School. Taz’Dariun was an exceptional student who touched the hearts of each and every teacher he came in contact with. He was an active member of the Junior Varsity Basketball Team, as well as a member of Patillo Tar Heels AAU Basketball Team.

Taz’Dariun was a very loving, energetic young man, who touched the lives and melted the hearts of each and every individual he came in contact with on a daily basis. He had a heart of gold and a personality that allowed him to get along with any individual that crossed his path. He had a true found love for all of his family and friends. There wasn’t a day that went by where he wasn’t expressing or verbalizing his love and affection toward his family. He had so much love for his youngest cousin, Trinity, who could do no wrong in his eyes and he didn’t hesitate to let us know.

Taz’Dariun departed this life on May 5, 2016 at Texas Children’s Hospital in Houston, Texas. He was preceded in death by his sister, Chasity Harris; his paternal grandmother, Mildred Robinson; his maternal grandfather, Henry J. Toliver; his maternal great-grandmothers, Dezzie Lee Hawkins and Annie Mae Morris; his great-grandfathers, Gladney Hawkins and John Ed Lofton; three great aunts and one great uncle.