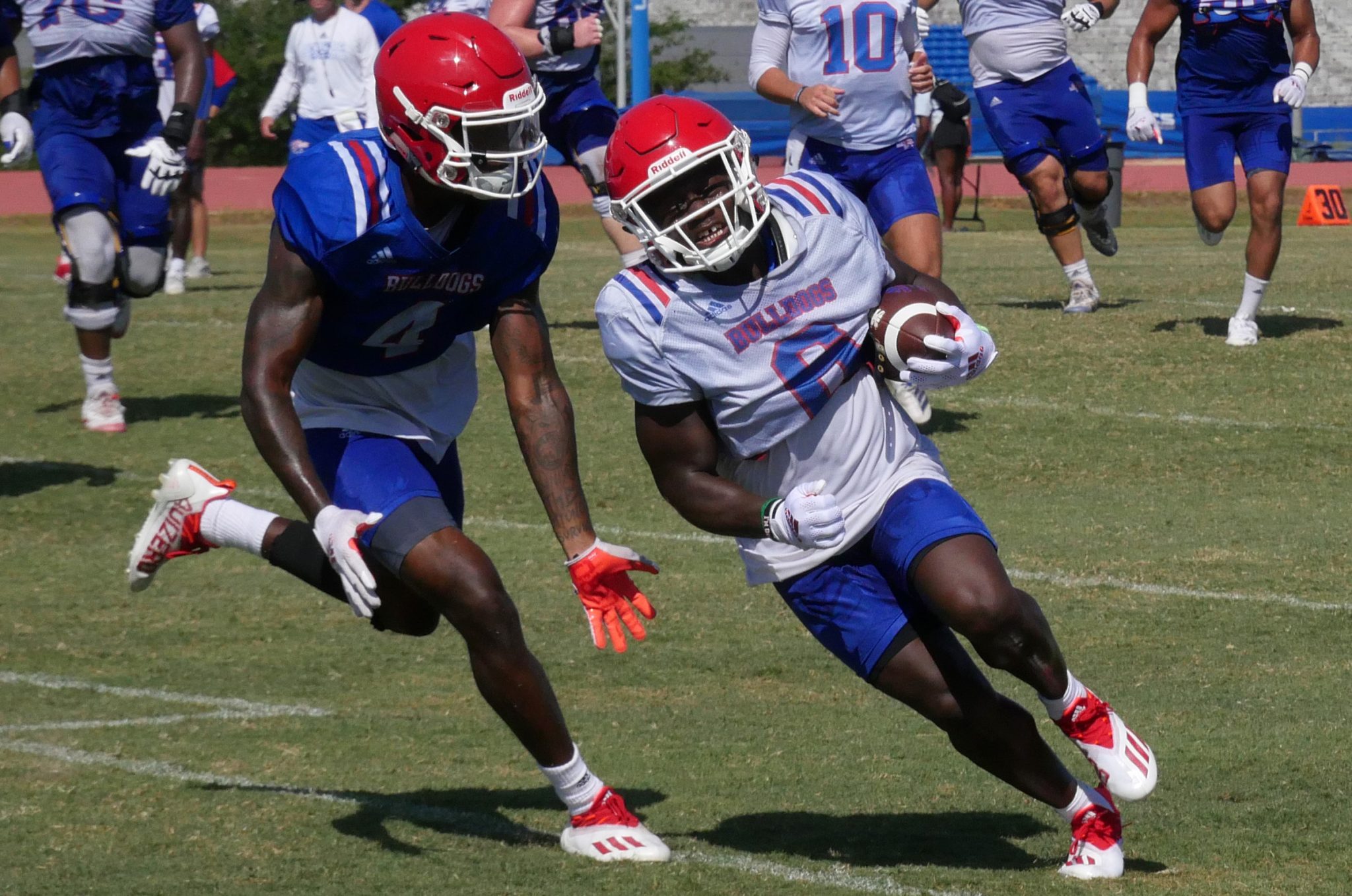 The selection was Harris’ and Williamson’s third preseason honor as both were named Preseason Second-Team All-Conference USA by Phil Steele and Athlon Sports last month.

Harris made nine starts at wide receiver while appearing in all 12 games as Tech’s most explosive threat on offense and special teams finishing second in all-purpose yards (955) during 2021. The St. Francisville product led the Bulldog offense in receptions (71), receiving yards (756), and receiving touchdowns (six) while posting at least three receptions in every game and finishing with 195 punt return yards on 22 attempts.

Williamson earned All-Conference USA honorable mention honors for his play last season while appearing in all 12 games during the 2021 campaign, including 11 starts at safety. He finished third on the team in total tackles (52), including 2.5 tackles for loss, and a team-best three interceptions and two forced fumbles. Williamson’s season was highlighted by a six-tackle effort in a win over Southeastern that included two interceptions (one returned for a touchdown) and two forced fumbles.

Downing and Lee have yet to see action for the Bulldogs after transferring from TCU and LSU, respectively.

The Sonny Cumbie era begins with the season opener scheduled for Sept. 1, in Columbia, Missouri, against the Missouri Tigers from Faurot Field at Memorial Stadium. The game will be televised nationally on ESPNU.