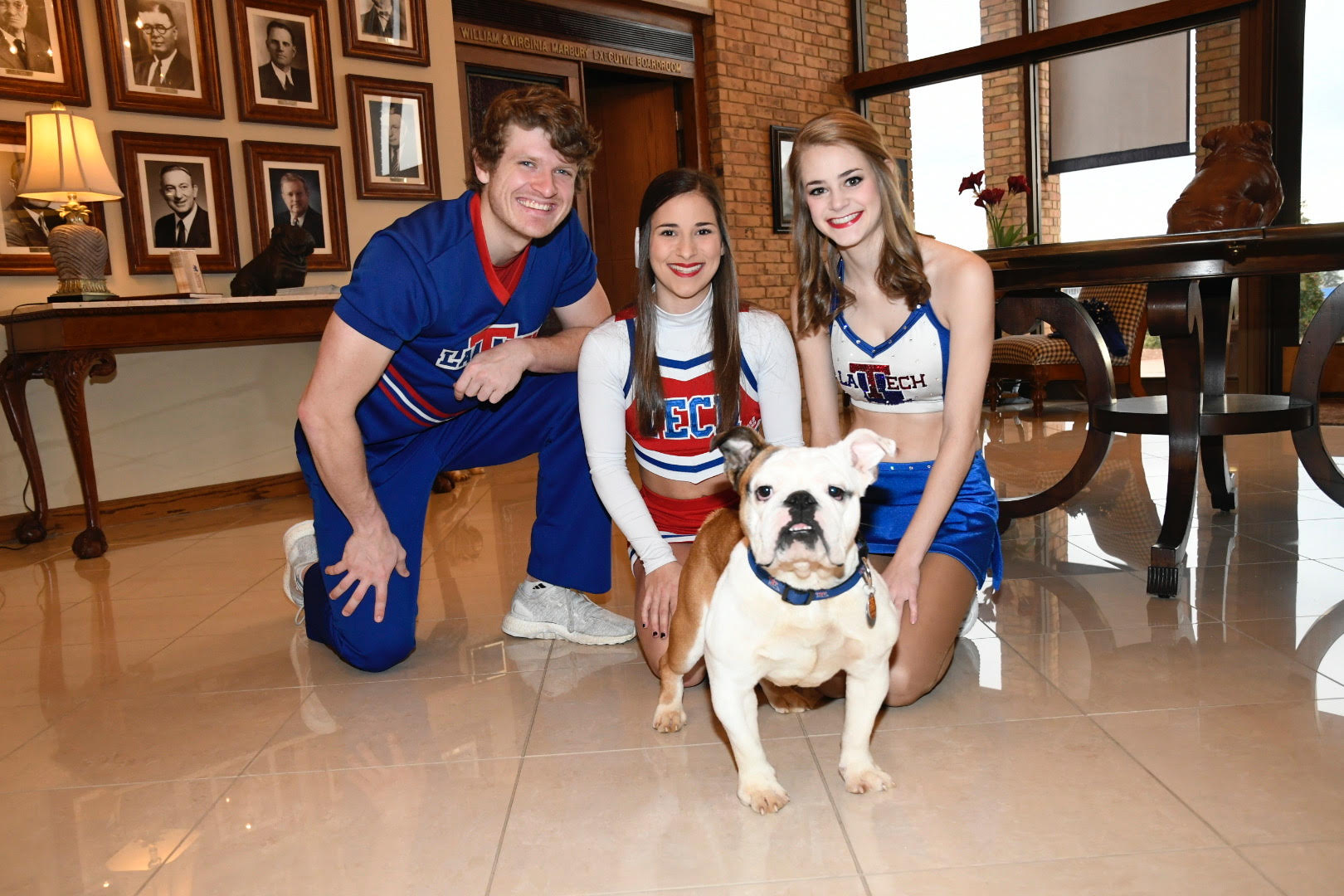 The son of Tech XXI, Tech XXII is 14 months old and weighs 36 pounds, a healthy, sweet, friendly, energetic English Bulldog. He was formally introduced at a small gathering at the Marbury Alumni Center.

“We have a long history of having distinguished live mascots to represent Louisiana Tech,” said President Les Guice.

“Tech XXII will continue that legacy and represent the best qualities of our current students and alumni. His presence at games and University events will enrich our experiences and create lasting memories.”

Tech XXII closely resembles his father and will share the spotlight with Champ, the University’s costumed mascot. He will live with a local family with strong ties to Louisiana Tech.

After his introduction, Tech XXII also visited the Louisiana Tech Bulldog men’s basketball game. He will make a few appearances this spring, including at Loyal Blue weekend in mid April. Most of his time this spring will be occupied with learning how to be the perfect representative of Louisiana Tech.

Tech XXII was donated by a Louisiana breeder who wishes to remain anonymous. Tech’s Student Government Association (SGA) owns the mascot until he retires or until he turns 5, whichever comes first.

“Tech XXII is a good-natured, fun guy who we all look forward to spending time with and getting to know,” SGA president Ben Rice said. “His father was a beloved and iconic figure during his time as mascot; his son will be no less than that. We’ve missed seeing Tech XXI around campus and at sporting events; it’ll be great to see his son following in his father’s paw steps.”