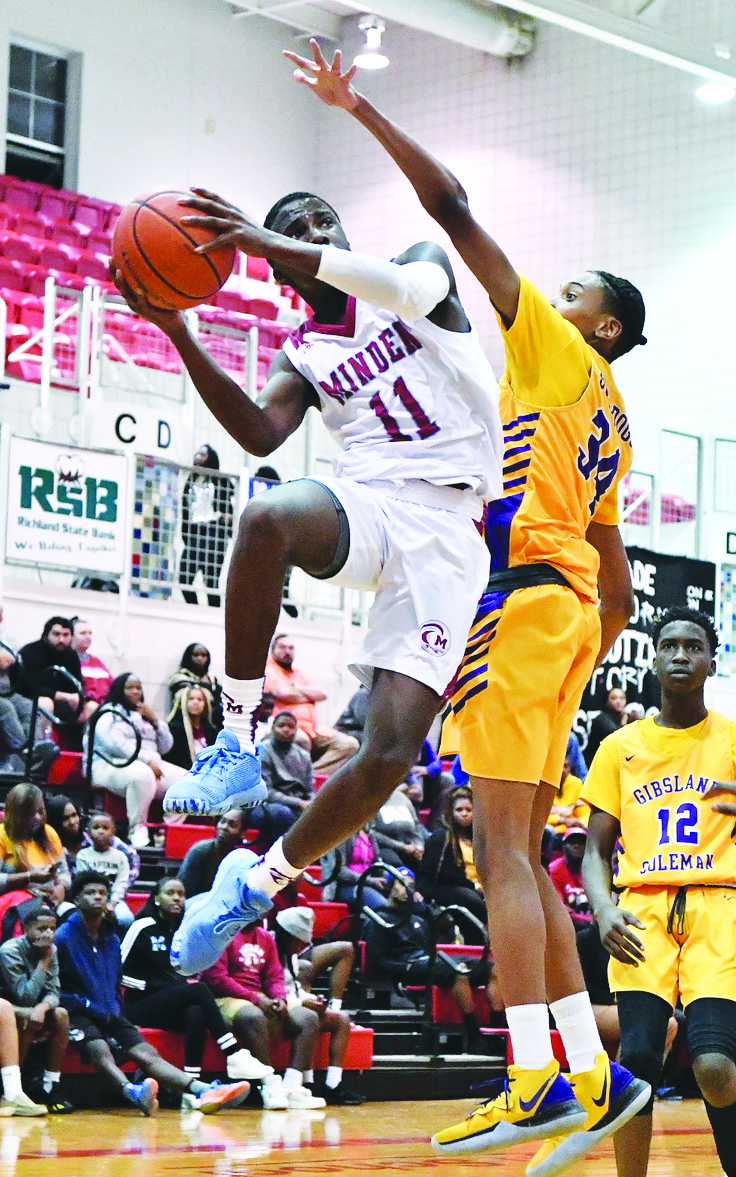 Last season wasn’t what Minden coach Rennie Bailey had hoped for, but the experience that the Crimson Tide gained heading into 2019-20 is already paying off as Minden downed Gibsland-Coleman 62-44 on Monday night at The Palace.

“I was pleased that we got the win,” Bailey said. “But we played like it was our first game.”

Kiernan Combs had a breakout game for the Tide, scoring 21 points to lead the way for Minden (1-0).

“Kiernan did a great job, especially in the fourth quarter,” Bailey said. “He went in the paint and was grabbing offensive rebounds, giving us second chances. He got a few big putbacks late in the game for us.”

Curtis Carter had 18 points for the Tide in a game that Bailey said showed big steps forward for the senior guard.

“I thought Curtis Carter showed great composure and poise throughout the game,” Bailey said. “That showed a lot of growth from last season to this season for him.”

Shamar Crow pitched in with 13 points of his own as Minden picks up their first win of the season.

Combs and Carter combined for four three-pointers in the first half that got the crowd into the game. Minden hit free-throws down the stretch as Combs and Carter scored 18 of Minden’s final 21 points to seal the deal.

“I’m happy about the win,” Bailey said. “I saw a lot of jitters and nerves displayed for most of the game. But we settled down a bit toward the end and got it going.”

Despite early nerves, Bailey said this team has a lot to be excited about following their first win.

“Once we calmed down we started making the right passes and being a bit better as a team,” Bailey said. “Then after that, the shots start falling and we’re able to put the ball in the basket easier.”

Minden plays Arcadia tonight at 5 p.m. in the Lakeside Tournament.