Home Uncategorized The story of Bonnie & Clyde takes the stage 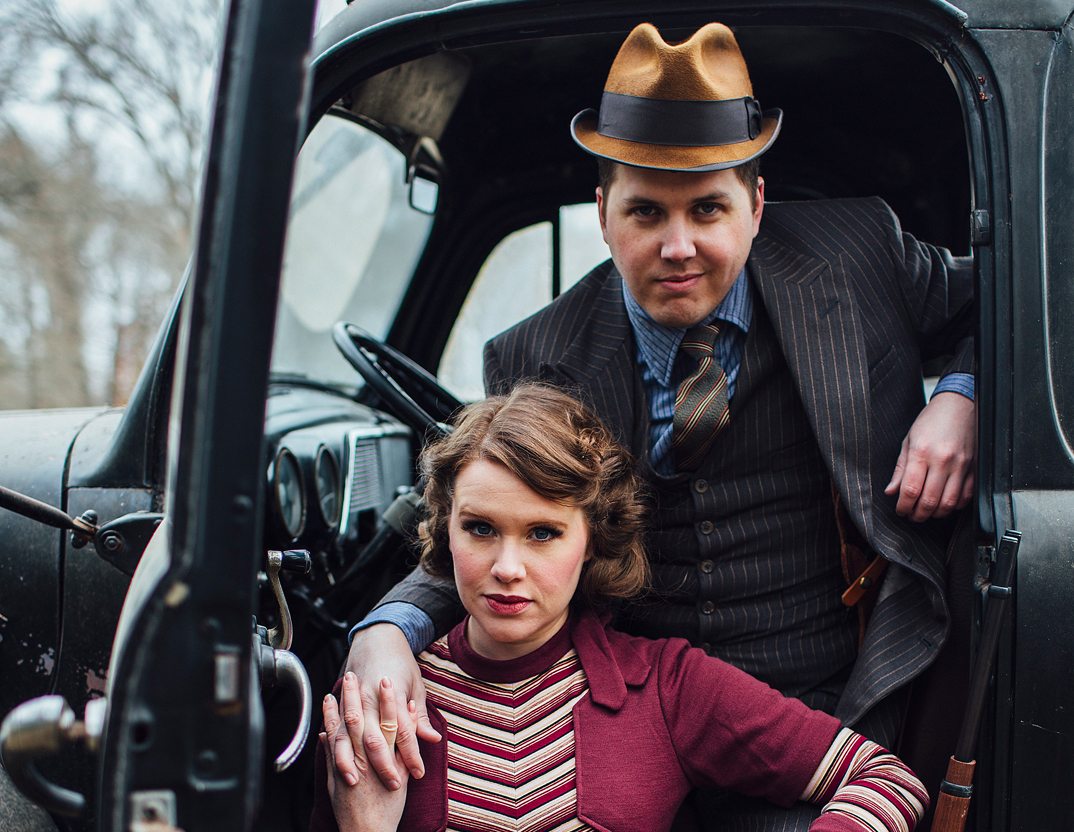 No matter how many times it is told, the story of Bonnie Parker and Clyde Barrow lives on in the history books as one of the greatest love stories and crime sprees in the history of the U.S.

Now, their story is going to be brought to the stage in a musical in Shreveport March 12-21 as a theater production at Emmett Hook Center, located at 550 Common Street, featuring Minden natives Missy Wise, Thomas Wiltheis and Jason Shidiskis.

Tickets are $20 for adults, $18 for seniors and $15 for students. Student rush ticketing is available for high school and college students with a valid ID for $10; cash only, five minutes prior to curtain (subject to availability, and one ticket per ID).

Starring Hollis Scarborough as Bonnie and Jared Watson as Clyde, the notorious couple made their way across the country in a crime spree that left a trail of burglary, theft and murder in its wake. That spree ended in Gibsland with a bullet-riddled car and the deaths of the couple.

“Bonnie and Clyde were two poor kids trying to get out of their desperate lot in life,” cast member Missy Wise said. “They were living through the Great Depression in west Dallas, where many were barely surviving. The crime spree began out of desperation and then spiraled out of control. The musical gives a look into the romance between the young lovers and the toll that a life of crime took on them.”

“Bonnie Parker and Clyde Barrow went from two small-town nobodies in West Texas to America’s most renowned folk heroes and the Texas law enforcement’s worst nightmares,” according to the Stage Center’s website. “Fearless, shameless and alluring, their electrifying story of love, adventure and crime captured the excited attention of an entire country. Now the most notorious couple of the twentieth century takes on a whole new adventure: the stage.”

Minden native Missy Wise will play Blanche Barrow, sister-in-law to Clyde Barrow. She is a 2009 graduate of Centenary College in Shreveport, where she received her bachelor’s of music in vocal performance. According to her bio, in addition to acting, she tours as an independent songwriter and recording artists and has done so since 2010.

“Her latest album, Issues, released in February of 2012 and topped out at number 12 on the iTunes singer/songwriter charts,” officials with Stage Center said. “She is a co-founder and serves as President of the Board of Directors for Stage Center, Inc. Missy currently resides in Chicago where she is acting and working as Voice Associate with Davin Youngs Voice.”

Taking on one of two signature roles as Bonnie Parker, Scarborough touts a long list of acting roles to her resume. Originally from Fort Worth, Texas, she is making her debut with Stage Center in this classic story. She now lives and works in New York City as an actress.

She is credited with roles in Far from the Madding Crowd, Death and McCootie, Trails, The Jazz Singer, far Out, Top of the Heap, Like You Like It, Love Incorporated among many others.

Scarborough received her BFA from Weitzenhoffer School of Musical Theater and is a proud member of the Actor’s Equity.
Watson plays the other signature role as Clyde Barrow. He too carries a long list of accolades on his resume, many with Stage Center. He has played roles in A Chorus Line, Ragtime, The Civil War and Evita. Other acting credits include Disney’s Beauty and the Beast, Chess, A Little Night Music and ensemble in more than 20 musicals professionally, including Gypsy, Jekyll and Hyde, Hello, Dolly!, Cabaret among others.

He too is a graduate of Weitzenhoffer School of Musical Theater at the University of Oklahoma.