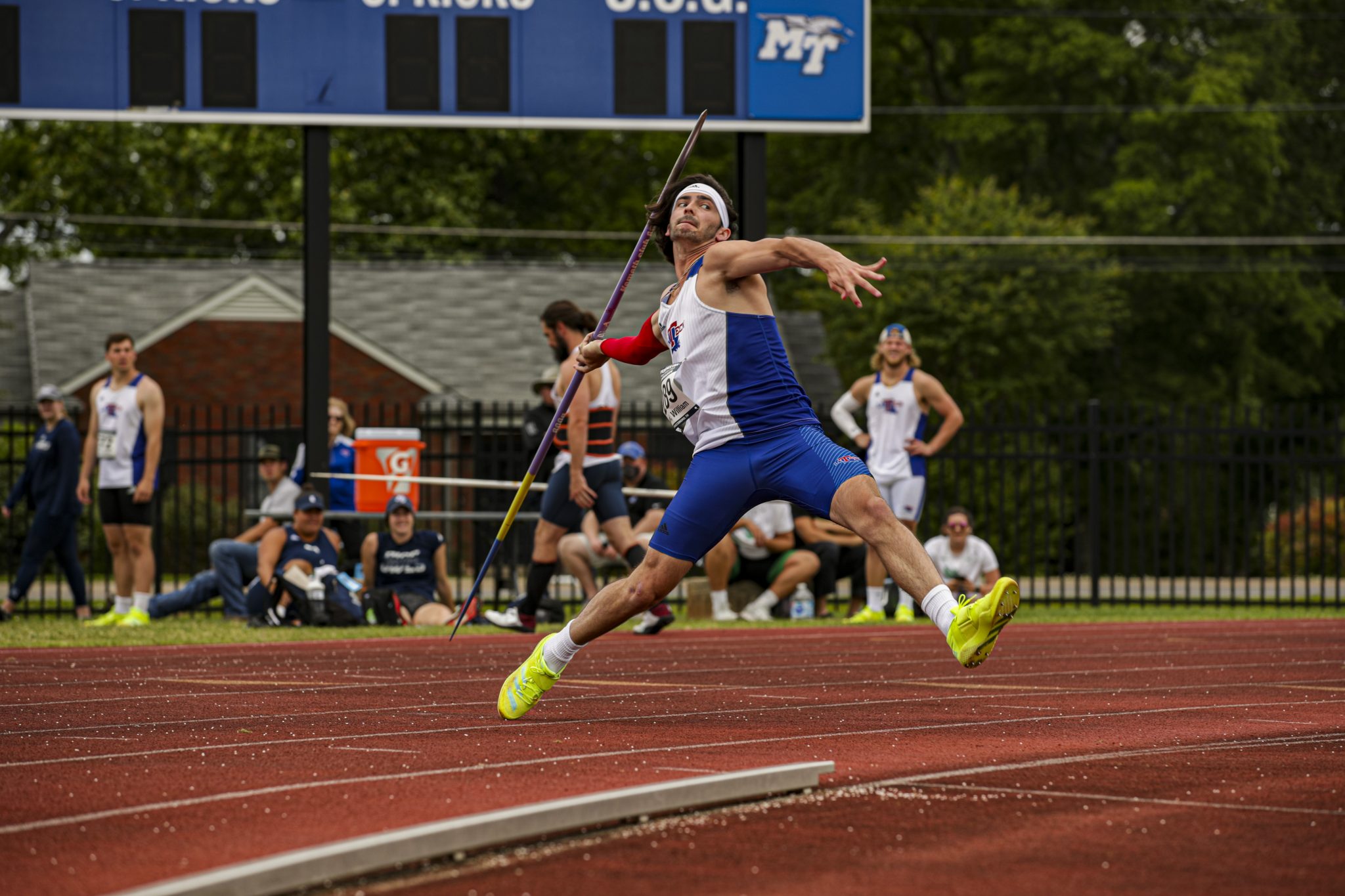 Men’s javelin thrower Henry Terral and men’s 110-meter hurdler Ahmad Young will open LA Tech’s week of postseason competition on Wednesday. Terral, who placed fourth at the Conference USA Outdoor Championships with a heave of 66.33 meters (217′-07″), will begin competing in the javelin throw on Wednesday at 12:30 p.m. CT

Young, who also recorded a fourth-place finish at this past weekend’s championships with a time of 14.13 seconds in the finals of the 110m hurdles, will head to the blocks with a start time of 5 p.m. CT. The 110m hurdles will be the first track event of the NCAA East Regional Championships.

On Saturday, Leah Scott will compete in the women’s triple jump beginning at 2:15 p.m. CT. Scott finished fifth in the triple jump at the C-USA Outdoor Championships with a leap of 12.65 meters (41′-06″).

Javelin thrower Tripp Marcus qualified for the NCAA East Regional Championships, but he will miss this weekend’s competition due to injury. Marcus placed third at this past weekend’s outdoor conference championships with a throw of 70.02 meters (229′-09″). The Ruston native set the school record in the men’s javelin throw earlier this season.

“It is an honor for these athletes to represent Louisiana Tech at the NCAA first round,” head coach Gary Stanley said. “They will compete hard.

“It’s really sad that Tripp Marcus couldn’t compete due to injury. Fortunately, he has several more years to represent Louisiana Tech. Hopefully all three of our athletes competing this week will have a great experience and will compete again at an NCAA championship.”