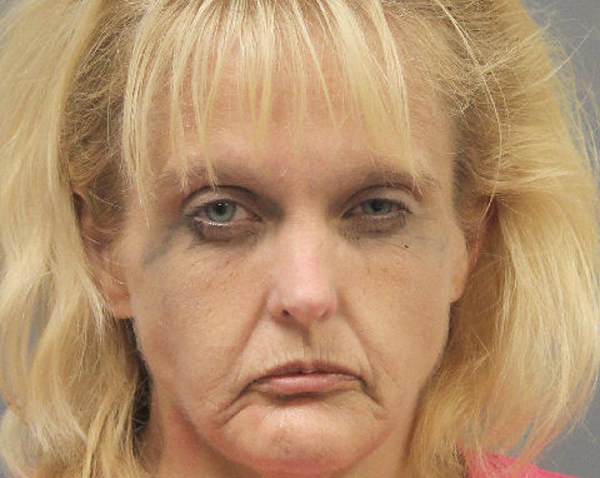 A Minden woman is facing drug charges after a traffic stop Monday night.

Rebecca Woodard, 48, of the 100 block of Katie Lane, is facing charges of possession of meth, turning with no signal, expired driver’s licenses, and a warrant for contempt of court.

During the traffic stop, Deputy Shawn Jenkins made contact with the driver, Woodard, who did not have her driver’s license, according to the arrest affidavit. Jenkins then discovered Woodward’s driver’s license was expired and she had a warrant for her arrest.

Woodard was then placed under arrest and placed in a police cruiser. Woodard gave consent for Jenkins to search her car, the report said.

During the search, Jenkins reportedly found a small plastic bag with suspected crystal meth inside of a wallet in Woodard’s purse.

Woodard was then transported to Bayou Dorcheat Correctional Center on the above charges.