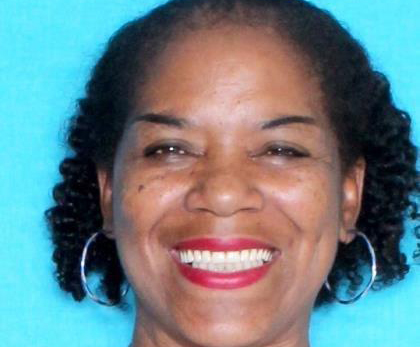 A woman is facing several drug charges following a traffic stop that led to her arrest.

Minden Police arrested Lagreta Terrell Smith, 55, of the 700 block of Plum Street, on charges of being on the wrong side of the road, possession of crack cocaine, possession of drug paraphernalia and open container.

“She seemed confused about what vehicle she was driving and the insurance cards,” he said. “The officer observed a cold closed can of beer in the center cup holder.”

Smith was asked to step out of the vehicle and onto the sidewalk. A field sobriety test was conducted, in which she passed, Cropper said. She reportedly denied having any open containers inside the vehicle.

A search of the vehicle revealed an open bottle of what appeared to be vodka underneath the front seat.

Smith was arrested and placed into a patrol unit. The search of the vehicle continued, and officers located suspected crack cocaine, weighing one gram, and burnt
steel wool in Smith’s purse. A suspected crack pipe was located under the center console, Cropper said.

She was transported to police headquarters, booked and transferred to Bayou Dorcheat Correctional Center.