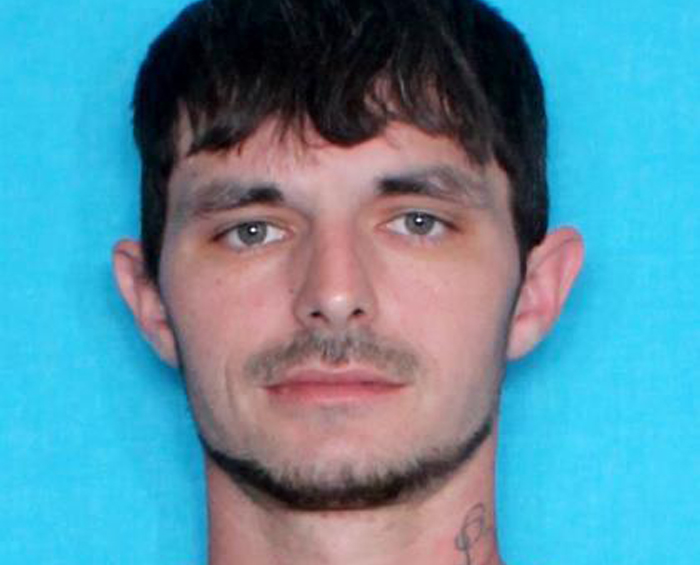 DIXIE INN – A short foot chase ended in the arrest of a Sibley man following a search of his vehicle that revealed suspected crack cocaine.

Dixie Inn Police Officer Josh McCormick stopped a vehicle Sunday morning after it was observed crossing the fog line. The driver, Matthew Ryan Lewis, 30, of the 100 block of Pero Church Road, appeared to act nervous when McCormick made contact with him, Police Chief James Edwards said.

“Even after checking and finding no active warrant on him, Lewis still appeared to be extremely nervous,” Edwards said.
At that time, Sibley Police Officer Cody James arrived on scene to assist.

Lewis consented to a search of the vehicle, which revealed four suspected crack-cocaine rocks between the driver’s seat and the center console.

As McCormick and James attempted to place Lewis under arrest, Edwards said he got away from them and ran out onto the highway.

“As the officers chased him, Lewis stopped and took a fighting stance,” he said. “After a struggle McCormick and James were able to finally place Lewis into custody. Both officers sustained minor injuries during the struggle.”

He was booked at Bayou Dorcheat Correctional Center on charges of possession of crack cocaine, improper lane usage and resisting an officer by force or violence.

Edwards said McCormick conducted a traffic stop on Highway 80 after observing a vehicle cross the fog line. Upon contact, McCormick smelled the odor of marijuana, he said.

Gipson refused to exit the vehicle and continued to be noncompliant. When he complied, a search of the vehicle revealed a small amount of marijuana. Gipson’s 11-month-old daughter was inside the vehicle improperly restrained, Edwards said.

Gipson’s mother came to the scene and took custody of the child and the vehicle before he was transported to BDCC.