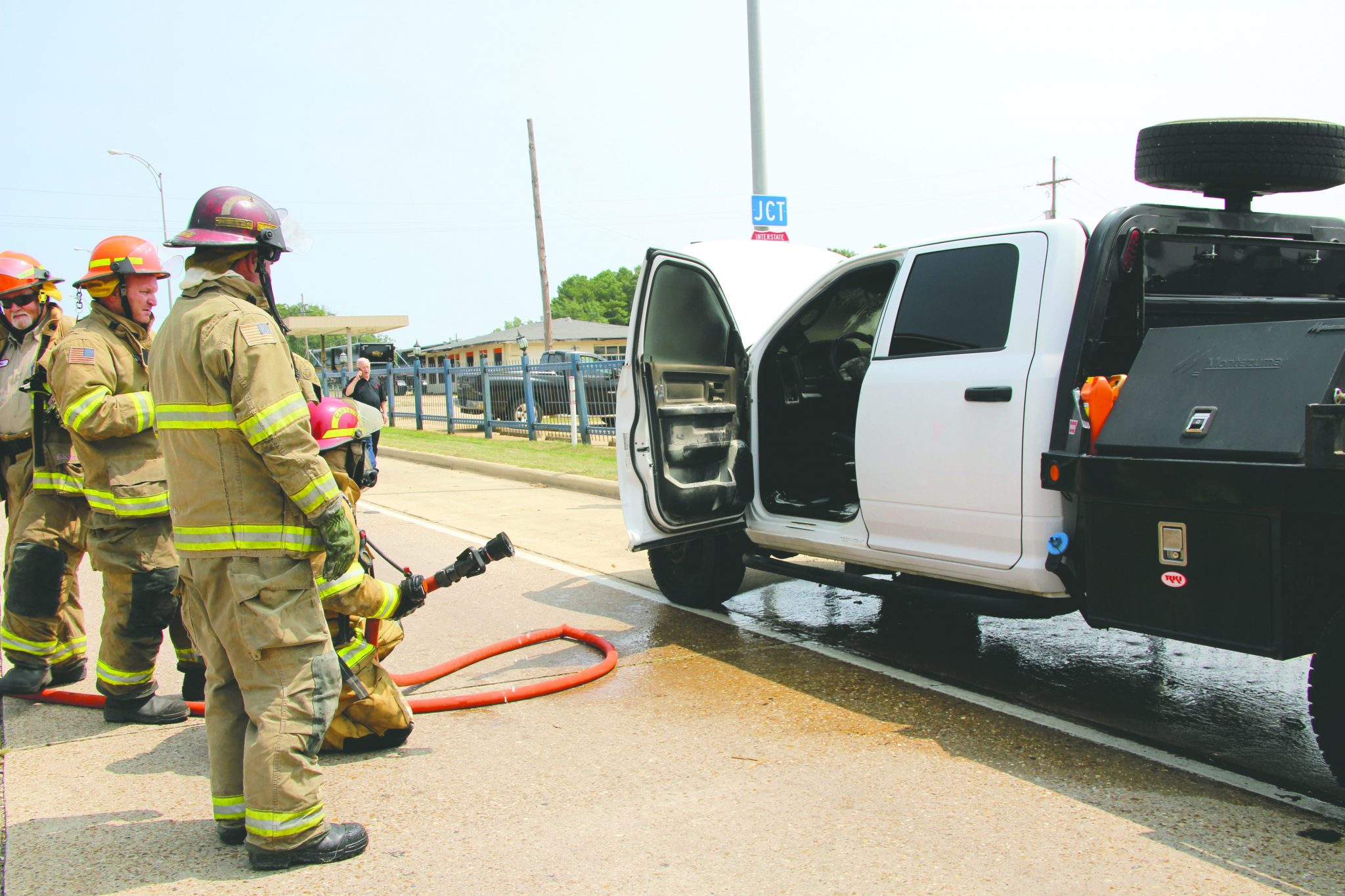 The Minden Fire Department responded to a vehicle fire in front of Clement Industries on Highway 371 Tuesday afternoon. The driver of the pickup said he pulled over after the cab suddenly started smoking. He was towing another vehicle at the time. Workers from Clement attempted to put out the flames, but the fire persisted until firefighters arrived and put it out. No one was injured in the incident.