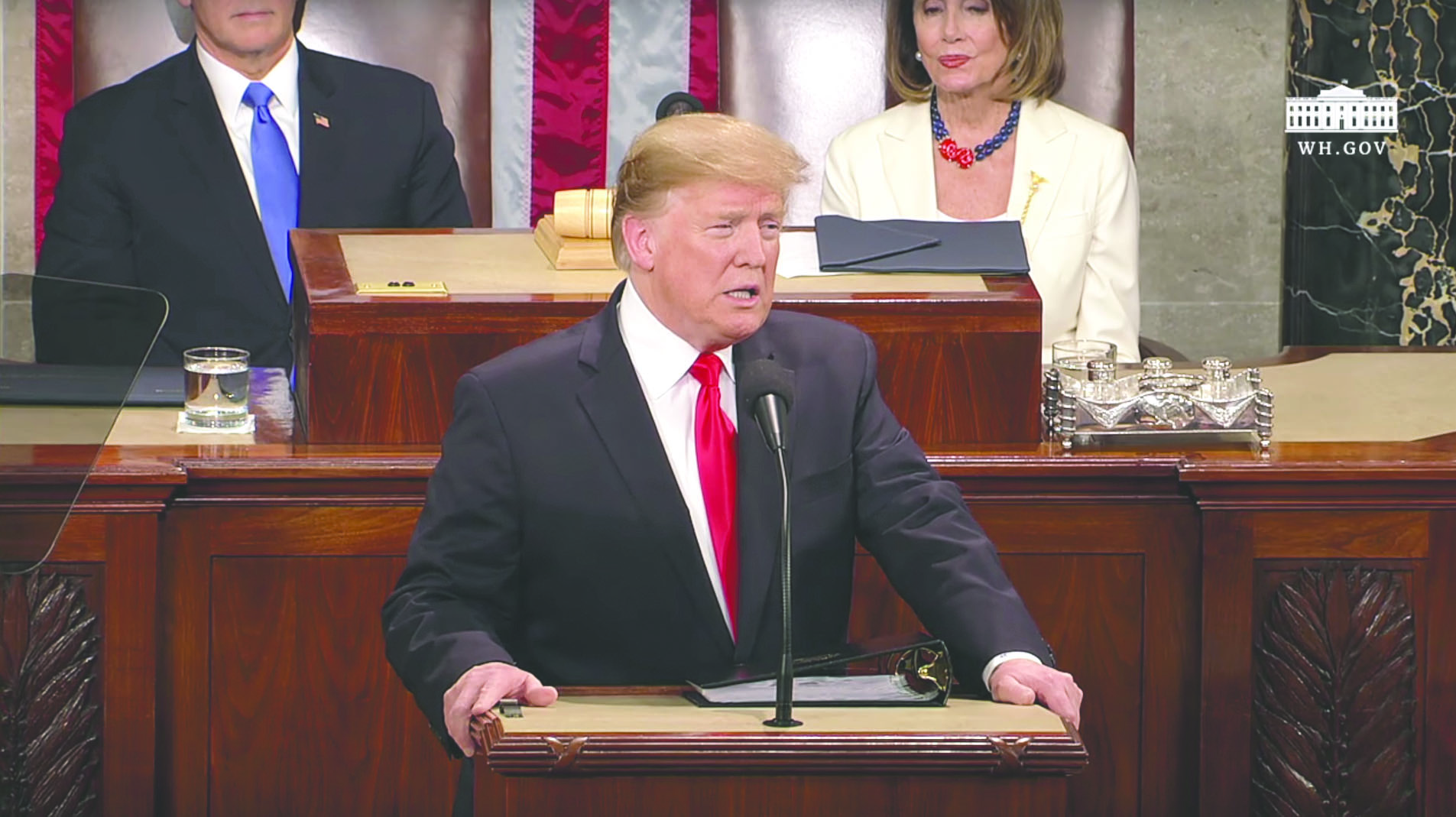 WASHINGTON (AP) — The president isn’t waiting. As Washington counts down the final hours until publication of the redacted special counsel report — now expected Thursday — Donald Trump stepped up his attacks in an effort to undermine potential disclosures on Russia, his 2016 campaign and the aftermath.

He unleashed a series of tweets Monday focusing on the previously released summary of special counsel Robert Mueller’s conclusions — including a crucial one on obstruction of justice that Trump again misrepresented — produced by Attorney General William Barr.

“Mueller, and the A.G. based on Mueller findings (and great intelligence), have already ruled No Collusion, No Obstruction,” Trump tweeted. “These were crimes committed by Crooked Hillary, the DNC, Dirty Cops and others! INVESTIGATE THE INVESTIGATORS!”

Press secretary Sarah Sanders repeatedly tried to make the same case on TV talk shows on Sunday. But the political battle is far from finished over the special counsel’s investigation of Russian efforts to help Trump in 2016 and whether there was cooperation with his campaign.

Democrats are calling for Mueller himself to testify before Congress and have expressed concern that Barr will order unnecessary censoring of the report to protect the president. The House Judiciary Committee, led by Rep. Jerry Nadler of New York, is poised to try to compel Barr to turn over an unredacted copy as well as the report’s underlying investigative files.

The Justice Department announced Monday that it expects to release the redacted version Thursday morning, sending the findings of the nearly two-year probe to Congress and making them available to the public.

In his letter, Barr said the special counsel did not find a criminal conspiracy between Russia and Trump associates during the campaign. However, contrary to Trump’s false claim , Mueller did not reach a conclusion on whether Trump obstructed justice. Instead, Mueller presented evidence on both sides of that question. Barr said he did not believe the evidence was sufficient to prove that Trump had obstructed justice, but he noted that Mueller’s team did not exonerate the president.

Portions of the report being released by the Justice Department will be redacted to protect grand jury material, sensitive intelligence, matters that could affect ongoing investigations and damage to the privacy rights of third parties, the attorney general has said.

The scores of outstanding questions about the investigation have not stopped the president and his allies from declaring victory.

They have painted House Democrats’ investigations as partisan overreach and have targeted news outlets and individual reporters they say have promoted the collusion story. The president himself seethed at a political rally that the whole thing was an attempt “to tear up the fabric of our great democracy.”

He has told confidants in recent days that he was certain the full report would back up his claims of vindication but was also convinced the media would manipulate the findings in an effort to damage him, according to two Republicans close to the White House not authorized to speak publicly about private conversations. In the waiting game’s final days, the White House continued to try to shape the narrative.

“There was no obstruction, which I don’t know how you can interpret that any other way than total exoneration,” press secretary Sanders said on “Fox News Sunday.”

While the president unleashed his personal grievances, his team seized on any exculpatory information in Barr’s letter, hoping to define the conversation in advance, according to White House officials and outside advisers who spoke on condition of anonymity because they were not authorized to publicly discuss private deliberations.

The victory lap was deliberately premature, they said.

But Trump’s inner circle knows there will likely be further releases of embarrassing or politically damaging information. Barr’s letter, for instance, hinted that there would be at least one unknown action by the president that Mueller examined as a possible act of obstruction. A number of White House aides have privately said they are eager for all Russia stories, good or bad, to fade from the headlines. And there is fear among some presidential confidants that the rush to spike the football in celebration could backfire if bombshell new information emerges.

Trump and his allies also continue to attack the origins of the Russia investigation, portraying it as an effort by Democrats and career officials in the Justice Department to bring him down.

“The Mueller Report, which was written by 18 Angry Democrats who also happen to be Trump Haters (and Clinton Supporters), should have focused on the people who SPIED on my 2016 Campaign, and others who fabricated the whole Russia Hoax. That is, never forget, the crime.” Trump tweeted Monday.

His long-asserted accusation — though not supported by evidence — that his campaign was spied upon was given new life last week when Barr, testifying before Congress, said he thinks “spying did occur” in 2016.

Barr may have been referring to a surveillance warrant the FBI obtained in the fall of 2016 to monitor the communications of former Trump campaign aide Carter Page, who has not been charged with any wrongdoing. The warrant was obtained after Page had left the campaign and was renewed several times. Critics of the Russia investigation have seized on the fact that the warrant application cited Democratic-funded opposition research, done by a former British spy, into the Trump campaign’s ties to Russia.

Barr later softened his tone to “I am not saying improper surveillance occurred.”

The attorney general’s comments have frustrated Democrats, already anxious for the release of the full, uncensored report and concerned that Barr may withhold pertinent information. The report could provide new information that could prompt further investigations or even consideration of impeachment proceedings, a tricky political calculation since Mueller did not conclude there was collusion or obstruction.

The Russia probe began on July 31, 2016, when the FBI opened a counterintelligence investigation into Russia’s efforts to influence the presidential campaign and whether anyone on the Trump campaign was involved. That probe was prompted by former Trump campaign foreign policy adviser George Papadopoulos’ contacts with Russian intermediaries, including a Maltese professor who told the young aide that the Russians had dirt on Hillary Clinton in the form of emails.