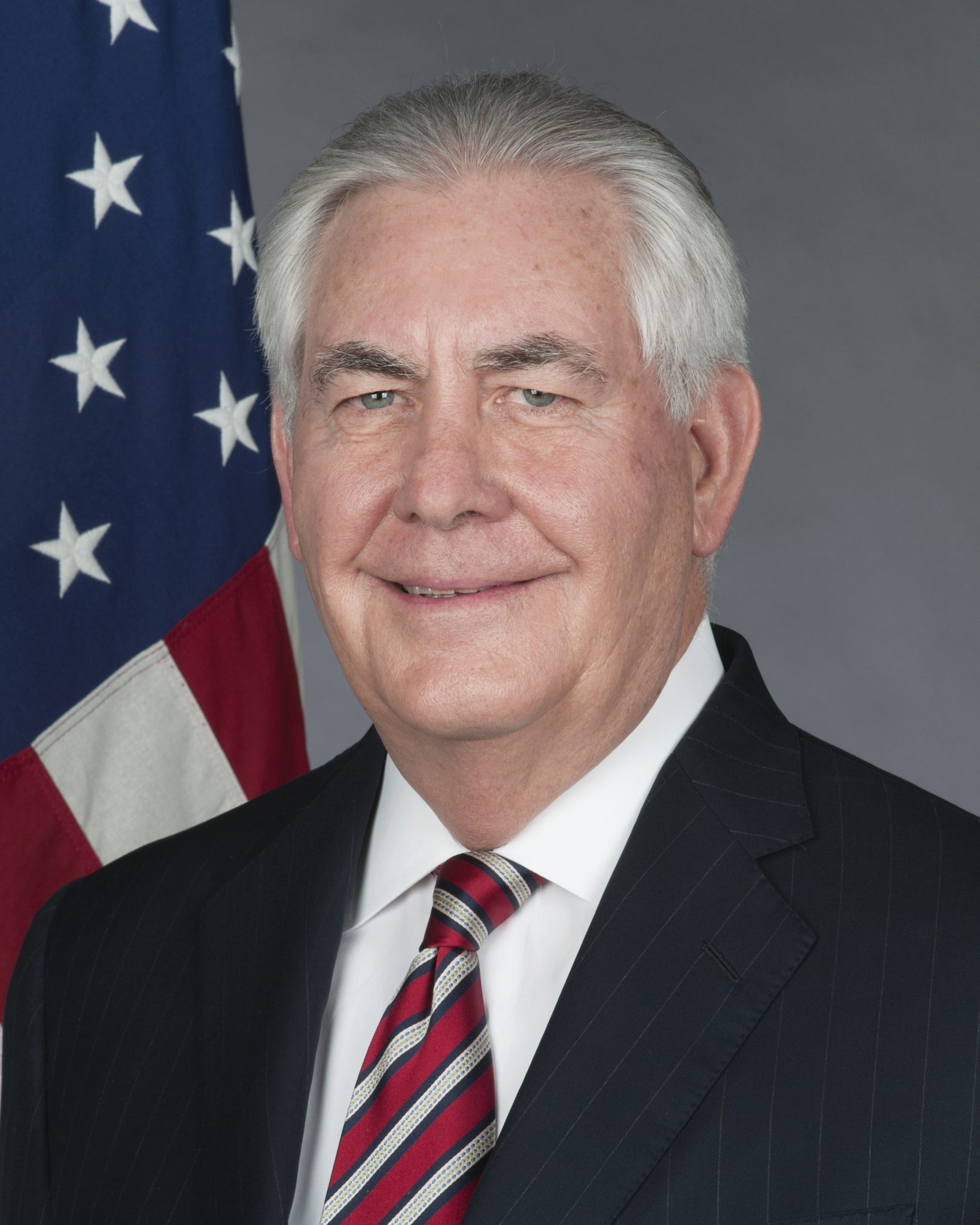 President Donald Trump suggested he’s smarter than Secretary of State Rex Tillerson, saying in an interview published Tuesday that if Tillerson did call him a moron, as reported, the two should “compare IQ tests.” “And I can tell you who is going to win,” Trump said to Forbes magazine. Trump’s tense relationship with Tillerson burst into public view last week.

An NBC News story claimed Vice President Mike Pence had to talk Tillerson out of resigning this summer, and that Tillerson had called Trump a “moron.” Tillerson said he never considered resigning, though he didn’t directly address the reported insult. His spokeswoman later said he never used such language. Trump and Tillerson are scheduled to have lunch Tuesday at the White House with Defense Secretary Jim Mattis. State Department officials did not immediately respond to requests for comment. Trump has at times appeared to undercut Tillerson’s message on some of America’s most sensitive national security challenges, including Iran and North Korea. Tillerson also has publicly complained about the White House blocking him from making key appointments. Still, last week Trump told reporters he has “total confidence” in his secretary of state. In the Forbes interview, done Friday, Trump responded to criticism that he’s undermined his secretary of state through his often provocative tweets that have interfered directly with ongoing diplomatic efforts. “I’m not undermining,” Trump told Forbes. “I think I’m actually strengthening authority.” As for Tillerson’s reported “moron” ‘comment, the president said, “I think it’s fake news. But if he did that, I guess we’ll have to compare IQ tests. And I can tell you who is going to win.” The president launched a series of tweets on a wide range of topics Tuesday morning. He said that reaching out to congressional Democrats for help in getting immigration legislation passed is difficult because “the Democrats don’t want secure borders.” In his tweet, Trump charged that Democrats “don’t care about safety for U.S.A.”

His Twitter post came only two days after Trump sent an immigration overhaul wish-list of legislative proposals to congressional leaders, including a requirement that Congress agree to a host of border security improvements and make significant changes to the green card program. Trump had said on Sunday there needs to be security enhancements — and the border wall that he’s demanded — before he’d sign onto a bill restoring a program that shields from deportation young people brought to the United States illegally when they were children. Trump also said he would be acting on health care soon, saying: “I will be using the power of the pen to give great HealthCare to many people – FAST.” The White House has been finalizing an executive order that would expand health plans offered by associations to allow individuals to pool together and buy insurance outside their states. The president also suggested the U.S. change its tax laws to punish organizations like the NFL if members are “disrespecting” the national anthem or flag. The NFL gave up its federal tax-exempt status a couple years ago and now files tax returns as a taxable entity.

Trump also tweeted Tuesday that ESPN ratings have “tanked” because of Jemele Hill, the anchor suspended for making political statements on social media. While NFL viewership is down slightly, ESPN remains among the most popular cable networks, averaging 3 million viewers in prime time.