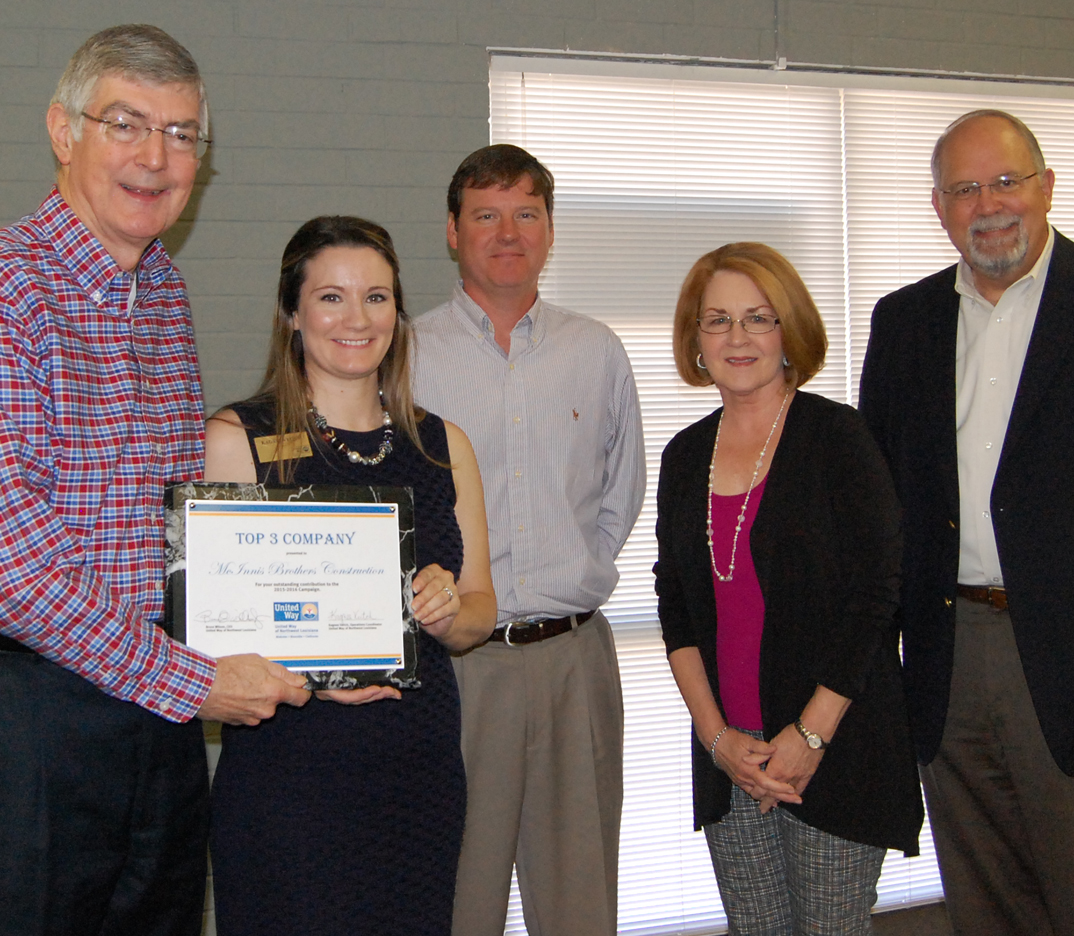 Also recognized were the top three companies in the tri-parish area that raised more than $40,000 for United Way. They are: Haynes International, Gibsland Bank and Trust and McInnis Brothers Construction.

“In 2015, more than 800 companies, businesses and organizations and more than 15,000 individual donors participated in the United Way’s Workplace Campaign, helping to raise over $2.3 million in cash and pledges,” Bruce Willson, president and CEO of United Way of Northwest Louisiana, said.

“Dollars raised in our parishes stay in our parishes to help our neighbors, our friends and our coworkers,” Kagnee Veitch, operations coordinator for the United Way Webster, Bienville and Claiborne Center said.