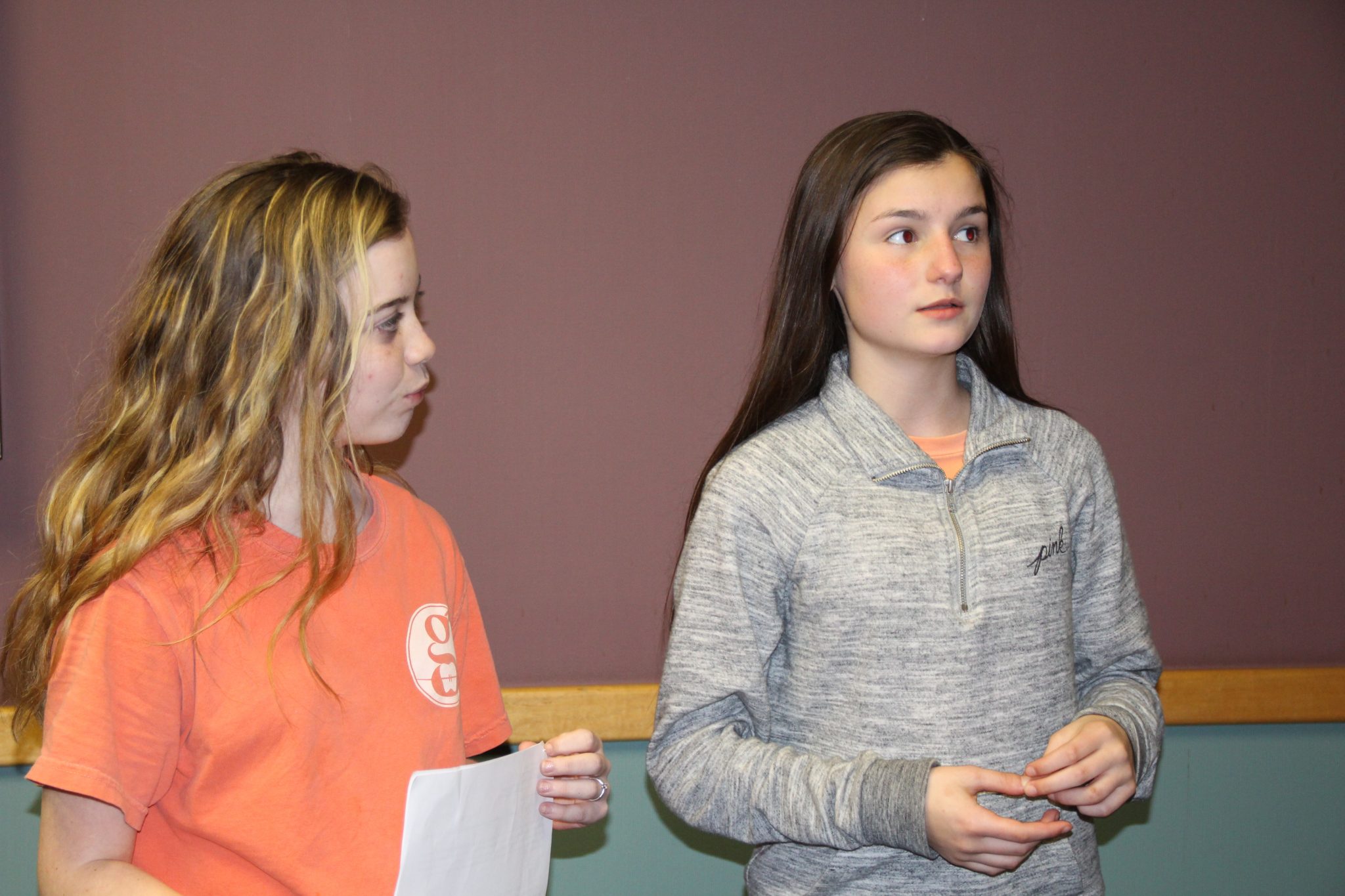 Prayer must be student-led, so students provide

Second in a Series

This January, Louisiana Attorney General Jeff Landry and Rep. Mike Johnson published “Louisiana Student Rights Review: Answers to Common Questions about Religious Freedom in Schools.” Prompted by religion lawsuits filed against the Webster and Bossier parish school systems in the past three months, this document seeks to clarify how students may and may not express their religious beliefs at school.

“Because religious speech must be treated just as all other speech, students are free to pray, discuss their faith, read the Bible or other religious texts, and invite others to share and participate in such activities,” the documents reads. “To be protected by law, the religious expression must be student-led, student-initiated and voluntary.”

In response to the lawsuits and the ensuing changes at school, multiple student groups in Webster and Bossier parishes have arisen to exercise and defend religious expression, seeking to align their activities with the Student Rights Review. Yesterday’s Press-Herald featured Protect Prayer, one such movement catching on across high schools in both parishes.

Protect Prayer is not the only student group to spring up in the lawsuits’ wake. This second article in the series highlights a younger group with a similar name: Project Prayer.

Savana Thornton and Cammy Edwards are eighth grade students at Webster Junior High School in Minden. Recently, the practice of praying over the intercom every morning was discontinued and replaced with a “moment of silence” in the gym.

Troubled by this change, the girls began discussing the topic at Calvary Baptist Church, where they both attend.

“We had this huge conversation about it in class at church,” Thornton said. “We got home after we had this talk about everything. We thought, ‘We really believe this is what we’re here for – to make a change. So that’s what we’re going to do.’”

Thornton and Edwards started the group #PROJECTPRAYER, which meets twice a week for prayer and a Bible lesson on campus before school.

“We decided to make this big group and get people involved,” Thornton said. “When we started, it was going to be just going into a room and praying with each other, but we decided we needed a little bit more than that. So we started doing lessons and then praying after.”

The group is acknowledged and permitted by the school, but every part of its inception and execution has come from students. Edwards said she and Thornton usually prepare and deliver the lessons themselves. Faculty and administrators have sat in on some meetings in an observatory role, but they do not lead or participate.

“We meet every Monday and Friday, to start off the week right and end the week right too,” Edwards said. “Sometimes kids want to volunteer to read the lesson, or else we do. We talk about the lesson and go over it. We have a sheet for people to write down their prayer requests or anything they want to pray about.”

Thornton said student reception has been positive since #PROJECTPRAYER began.

“We have a lot of people in there,” she said. “We’ll wait as long as we can for those who can’t come early, and we’ll end up with a pretty good crowd – mostly girls. The boys have been scared to come in there because of all the girls, but that’s starting to change and they’re coming too.”

The Student Rights Review outlines two basic ways in which religious expression could qualify for restriction at schools.

“School officials may not prohibit student expression during non-instructional time unless it (a) materially and substantially interfered with the operation of the school or (b) infringes on the rights of other students,” the document reads.

When asked if they thought Webster Junior High had ever infringed on the rights of students of other beliefs, both Thornton and Edwards responded with an emphatic “no.”

“We have Muslim and atheist friends, and they were fine with the prayer,” Edwards said. “They were always respectful.

Even if they wanted to do their prayer over the intercom too, we’d be fine with that because they’re fine with our prayer.”

Rachel Anderson, Thornton’s mother, said the group has taken every precaution to align with the law.

“The girls understand it has to be student-led and student-initiated, and they’ve tried to follow that so no one gets in trouble,” she said. “My kids have always been in Webster Parish schools, and I’ve never felt that anything was pushed on them as far as religion. Never.”

While #PROJECTPRAYER got its start because of the lawsuit and its effect on schools, the leaders said the group now exists beyond simply to replace the morning prayer.

“When we leave Webster Junior High, we hope the eighth graders will take over and do it, and we’ll continue it at Minden High,” Edwards said. “Maybe they’ll bring prayer back to school, but even if they do, we’ll still do Project Prayer.”