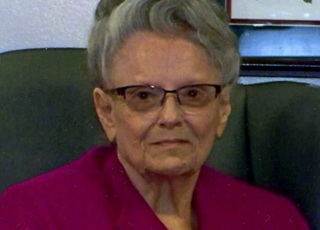 Facebook
Twitter
Linkedin
Email
Print
Funeral services for Verna Boyd Chanler will be at 10 a.m. Thursday, April 14, 2016 at First United Pentecostal Church in Minden. Interment will follow at Lane Memorial Cemetery in Sibley under the direction of Rose-Neath Funeral Home in Minden. The family will receive friends from 5 until 7 p.m. Wednesday, April 13, 2016 at the church.

Verna was born April 26, 1935 in Ringgold and entered into rest April 11, 2016 in Minden. She was a founding member of Apostolic Lighthouse Church in Minden.

She was preceded in death by her parents Mr. and Mrs. Ed Boyd, son Michael Chanler, brothers and sisters-in-law Ed and Norma Boyd, Duel and Mae Boyd and brothers Reginald and Charlie Boyd.

Honorary pallbearer will be Dylan Gibson.