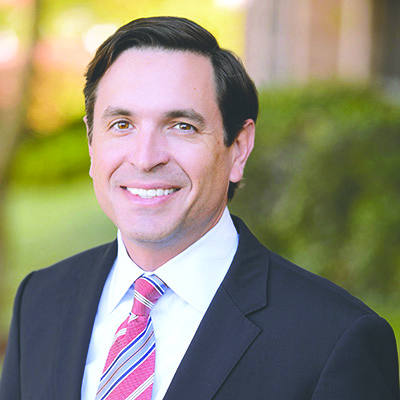 As a dad, one of my duties at home is to be a “fix-it” guy. While I may not be the handiest person out there, I can usually put some “MacGyver-esque” skills to the test and find a solution to a wide range of challenges around the house. I’ve replaced a doorbell, repaired a few windows, laid down some tile, fixed a garage door opener, hung a few ceiling fans and kept an old AC unit running for a few years longer than it ever should have lasted. I can open a wine bottle with a shoe (seriously) and once repaired some reading glasses with a chopstick. You shouldn’t hire me to build your dream home, but I can usually cobble together a workable solution or two for a project around the house when needed.

Having said that, take it from a guy like me, there is no quick fix to what is broken in Louisiana state government. No patch can extend the shelf life of our current system, and no trick can mask its mounting problems. Duct tape and twine have been used to hold this thing together for as long as any of us can remember and the gig is finally up. The only solution is to replace what we have with a whole new model and never look back. It’s time to hit Ctrl+Alt+Del on Louisiana and reboot the boot.

Shortly after being elected Governor in 1928, Huey Long consolidated all the state’s power, patronage, money and assets under his control and leveraged everyone and everything that crossed his path. He expected you to pay respect and homage to him and his crew. The word got out that, in Louisiana, you had to know the right people to get anything done. That reputation still haunts us today.

Over the years, we haven’t deviated all that much from this vision. That “chicken in every pot” mindset is all around us, and far too many good Louisiana people have been brainwashed by the Kingfish’s legacy to think the only way to prosperity is through the well-greased fingers of some political powerbroker in Baton Rouge. It has led to frustratingly low expectations harbored by generations of Louisianans. Other states don’t think like this and neither should we.

Since Huey’s era, we have tried a little bit of everything to no avail. The reign of Edwin Edwards brought in an era of “comedic corruption,” where the shadiness of our officials was usually just laughed off if they gave us a good one-liner and showed us a good time. Reform-minded governors like McKeithen, Roemer and Jindal had their moments but also had their misses. The same goes for nice governors like Treen and Blanco. Mike Foster won with a welding hat. Jimmie Davis won with a song.

Our constitution locks up much of our state budget to politically connected entities and protects overlapping boards and bureaucracies from reforms. It guarantees funding for a chosen few and designates the state capitol as the unquestioned kingmaker to everything that happens in our great state. The document relegates most local governments to the role of dependent children with good intentions, but they have been conditioned to be addicted to the subsidies and protections divvied out by the state capitol’s politicians.

Who you know has unfortunately been more important than what you know in Louisiana for as long as we can remember and our constitution makes that difficult to change.

Over the decades, a lot of good people have been elected to various offices with the intention of reforming Louisiana. Countless other public servants and staffers go to work each day to do the same. But the harsh reality is that it may be all for naught if we don’t get much more aggressive in changing our governing foundation and get to it quickly.

This past fiscal session was just the latest mess that ended with good people who ran for the right reasons once again blaming each other for all the wrong reasons. The people aren’t our problem. It’s the foundation of political patronage left behind by Huey Long that we have yet to eliminate. It is the legacy of corruption laughed off by Edwin Edwards that we have yet to reject. It is the unfulfilled promise of past reformers that we never fully embraced. And yes, it is a grossly inadequate and outdated constitution that we have refused to replace.

Our sordid history doesn’t have to become our future. It’s time to move on from our “colorful” past and create the better Louisiana we have long deserved. That won’t happen with more of the same. Special sessions, taxes, lawsuits and political patronage may have gotten us here, but no combination of them will ever take us to where we need to go. It’s time to pull out Huey’s model of government by the roots… and that can only happen with a Constitutional Convention.

Stephen Waguespack is president of the Louisiana Association of Business and Industry.