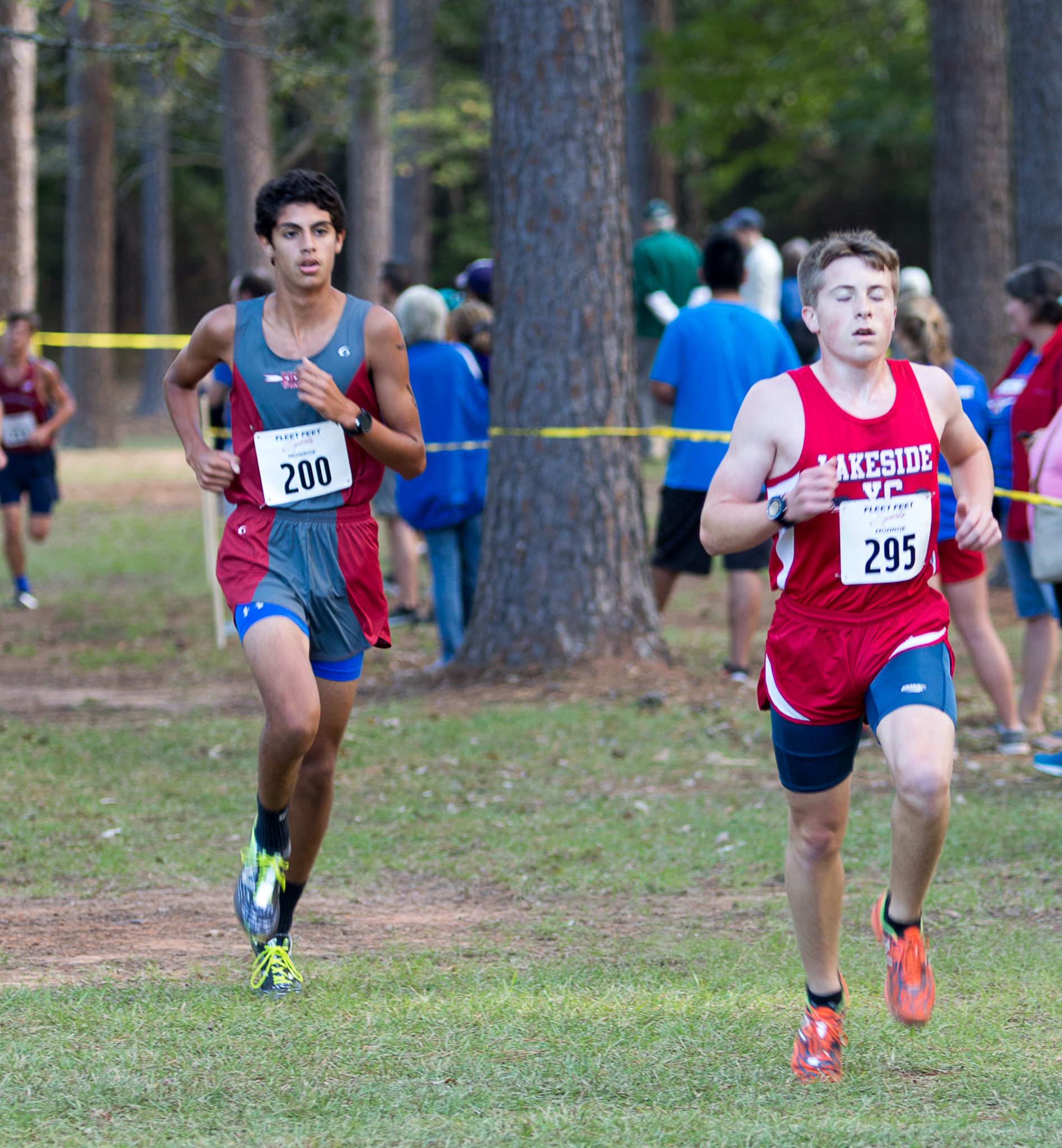 Lakeside’s cross country teams competed in the Cedar Creek Invitational, at the Lincoln Parish park this past Saturday. The running conditions were ideal, with cool dry air and top notch competition running the 5000 meter course. There were many outstanding teams and runners competing in the upper 4 divisions such as Cedar Creek, Sterlington, West Ouachita, Ruston, West Monroe. In the varsity boys division there was 143 runners competing. Among the competition were several outstanding runners such as Gabe Poulin (state A champion in 2016 cross country— runner-up in 2 mile outdoor). The Lakeside varsity boys showed up very well in the meet with junior Logan Bailey leading the Warriors at 10th place with a time of 17:44. Tyler Davis was 26th with a time of 18:35, followed by Timmy Mansfield at 29th, (7 seconds behind Tyler Davis) at 18:42. Jairo Aguinaga, a 13 year old 8th grader finished 42nd with a time of 19:25. The boys could not compete as a team this week, having only 4 runners. In the Jr high boys division, there were 104 runners competing Toby Askew led the Warriors finishing 17th with a time of 12:22. Seventh grader Jase Pate showed tremendous finishing 2nd for the Warriors with a time of 13:00.

Kendrayvious Dubose followed behind Pate at 29th with a time of 13:12 and Owen Smith, also showing a great deal of improvement, followed up at 66th place with a 14:40. In the Jr high girls division with 84 junior high girls competing, Laney Lindbergh led the Warriors finishing in 7th place with a time of 14:11. Coming in 14th place overall, for Lakeside was 7th grader Christine Bray with a time of 14:36, and Hannah Norrel coming in 39th with a time of 16:19 Lakeside travels to Clinton Mississippi this coming weekend to compete in the Mississippi College Invitational. With Jace Pate Joining varsity, this will be the first time this year that Lakeside will be able to compete as a team. Cross Country rules require a minimum of 5 runners per team.