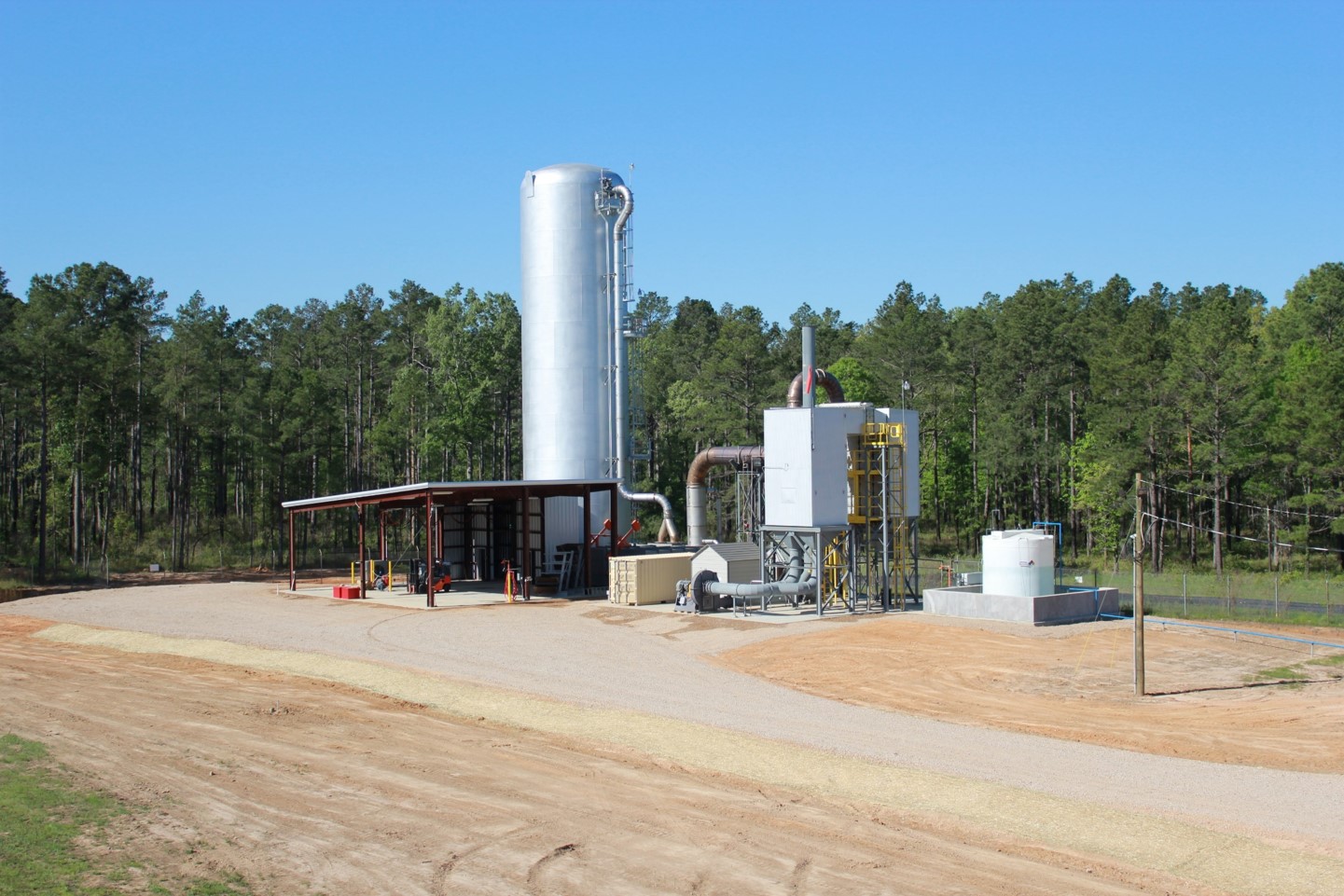 Public comment dominated the Webster Parish Police Jury’s December agenda item to consider a resolution in support of the removal of the burn chamber located at Camp Minden.

According to a contract with ESI and the U.S. Army, after project completion of destroying M6 and CBI left behind at Camp Minden by now bankrupt Explo Systems Inc, the technology being reported as the most effective in the world must be removed.

David Madden, an engineer and the owner of a company leasing neighboring property on Camp Minden spoke to the jury, asking them to postpone voting on passing the resolution.

“Our company has a research facility located 300 feet away from the burn chamber,” he said. “Explosive Services International has been a great neighbor and has been very transparent and responsive to all of our requests. They have done a good job at keeping the community informed at what’s going on there and providing tours.”

Madden said the 35 jobs and world class facility offered by ESI is worth keeping.

“The emission of the burn chamber for all practical purposes are zero and are cleaner than the air around it,” he told jurors. “To pass this resolution, it would fire 35 employees, and remove the worlds best facility on the planet for remediating waste. Our military needs this facility, our community needs these jobs.

“Let’s support a company that has thus far had a perfect track record,” he said. “I would recommend you table the resolution on the floor until the completion of the project, and then review the information and hear reports from environmental scientists and military officials on whether it would be good or bad. Just to vote based on fears of whether it is bad, is not wise.”
Dean Schellhase, project manager for ESI, also gave public comment before the vote.

“This thing has great potential, greater than we ever envisioned,” he said. “We plan on continuing to employee 35 people if we are allowed to continue operation at Camp Minden and we can do that without bringing in six million pounds and putting the public at risk.”

Schellhase explained that ESI would not stockpile material and would dispose of all materials within a year of it being brought to the site.

“There are many procedures that past companies were not having to follow, because they had a federal contract and they were also falsifying information and operations. There are so many options on how this process could be regulated and governed. ” he said. “I think there is a lot of misinformation out there. And our request would be to table this resolution and allow time for discussion and understanding.”

Schellhase said ESI desires to continue to operate using a system of checks and balances supported and overseen by the community.

“I can understand the response to this has been like living with post traumatic stress disorder. Everyone understands the position of the Doyline district. You had a bad experience, where people were removed from their homes and all the consequences of the explosions as a result of bad operations of one company,” he said.

Juror for the Doyline area Dustin Moseley, who proposed the resolution, said he is 100 percent satisfied with the job ESI has done.

“You have not caused us any issues. You have helped solve the problem,” he said. “But in the beginning in the contract stipulated the chamber be done a way with, and for a reason. I don’t think that reason has changed.”

Schellhase asked if the jurors were aware of economic development restrictions for leasing property on Camp Minden.

“The areas on Camp Minden that were involved in production in the 1940s and 50s can only be used for businesses in similar industry,” Schellhase explained. “They can’t have, say a head-light manufacture, come there.”

According to the contract reviewed and explain to Schellhase by military officials, stipulations were issued when the federal government conveyed the Camp Minden property to the State, including caveats to what type of industry can obtain a property lease on Camp Minden.

“All of those magazine areas and production areas will never be made available to any industry other than explosives,” he said “There are a lot of reasons why Camp Minden is a good fit for a company of this magnitude. I would ask that y’all do some homework before you vote on a resolution that would have us move out of state.”

ESI employees also spoke to the jury. One of which, John Gill grew up in Doyline and is ESI’s newest employee.

“This is not just a Doyline thing, this is also a Minden thing,” Gill, who lives on Highway 80, said. “When you watch the materials coming in on the train, if you look at those cars, you can see those are not Idaho potatoes coming into Camp Minden.

There is already hazardous material being shipped into Camp Minden everyday and not just through the freight gate in Doyline. This material comes in on Hwy 80, near Minden, by my house, every day.”

Gill urged the jurors not to vote based on the fear of Doyline residents.

Brandon Mosley, who spent 20 years in the military working with explosives, agrees will Gill.

“I understand you are the voice of the people, but you also have responsibility to look into the future,” Brandon Mosley said. “In my experience, you should not think that 87 magazines will sit empty if ESI is forced to leave. Right now you have a great man out there that is working with everyone and being transparent and wants to work cooperatively.

“This was written in the contract, even if we are all in agreement that this is the finest facility of its type that has ever been built,” Walker said. “I would ask the jurors to support the desires of the community, because you all speak for them.”
Juror Randy Thomas made a motion to table the resolution vote.

“I am not prepared to make a vote, I would like for us as jurors to have more time to speak with people in my district,” he said. “I think CAG has done an excellent job in protecting their immediate area, but I don’t know that they have the same concerns as the people in my district.”

Juror Daniel Thomas suggested that if the contract is upheld, ESI take the technology they have developed somewhere else.
Bernard Hudson said while he votes to support the resolution, it goes against all of his values as a proponent of jobs.

Allen Gilbert said, “The numbers speak for themselves and as long as operations remain as they are now, I don’t see a problem.”
Jury President Jim Bonsall said like Randy Thomas, he was on the fence.

He said on one hand he sympathises with the fears of Doyline community members and on the other he can see how a world class facility would help put doyline back on the map for something positive.

“I think if ESI had come lease property on Camp Minden with this technology before Explo blew up, that Camp Minden would have rented them a space and we wouldn’t be talking about all this or have anything to do with their operation,” Bonsall said.
Jerri Lee said she cast her vote with her heart, in support of the residents and many calls of concern, but that logically she understands the issue and information merits further discussion.

While Randy Thomas’ counter motion received a second by Steve Lemmons, it did not carry.

Dustin Mosely’s motion to pass the resolution was seconded by Steve Ramsey.

In addition to Moseley and Ramsey, voting in support of the resolution were Allen Gilbert, Bernard Hudson, Jerri Lee, Nick Cox, Vera Davison, Bruce Blanton and Daniel Thomas. Abstaining were Randy Thomas and Steve Lemmons. Bonsall did not cast a vote as the president, due to not having a tie.