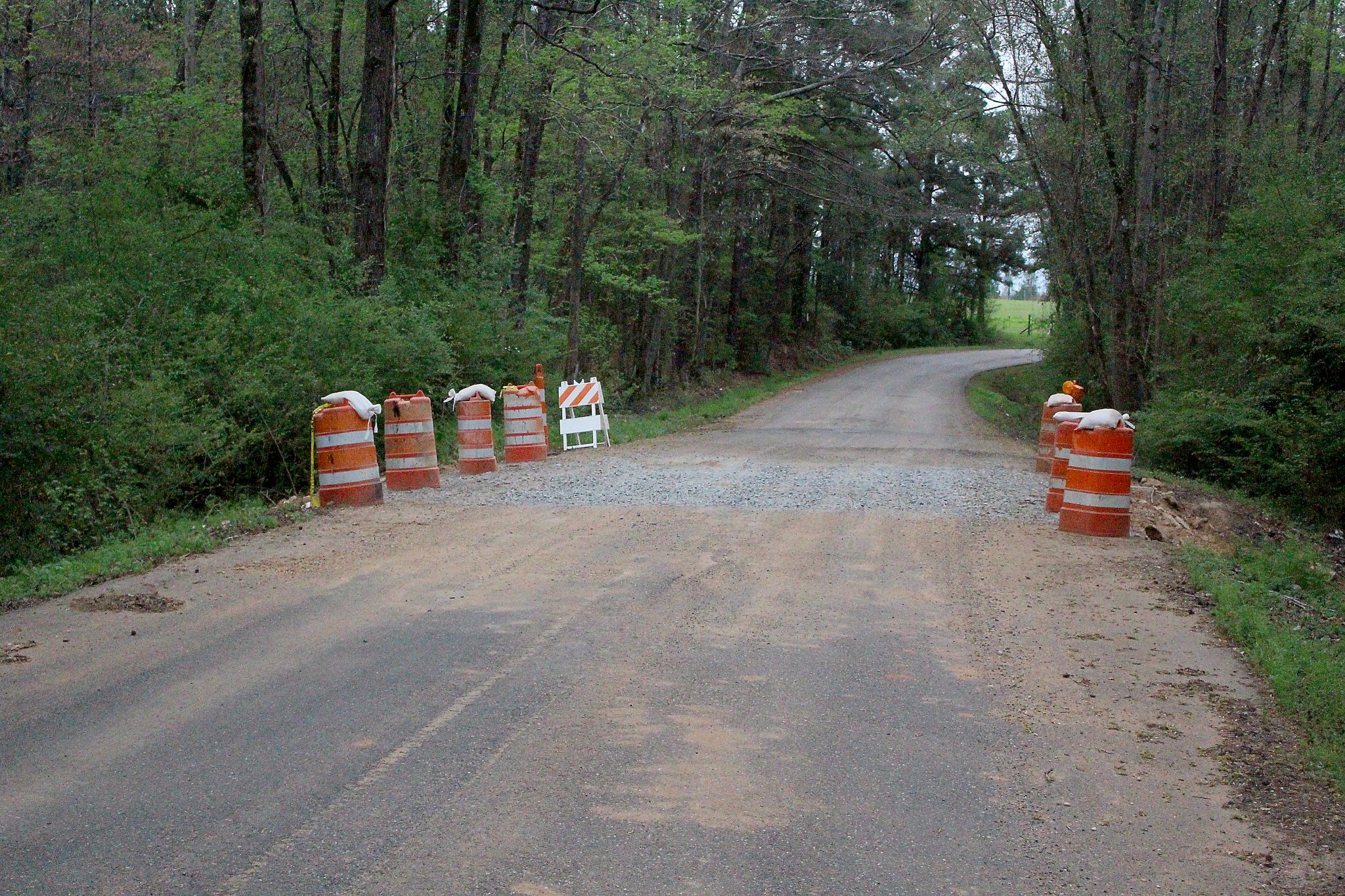 Public Works Director Teddy Holloway says road repairs have nearly come to a halt due to all the rain. They are working on the “small stuff,” he said.

“We’re just trying to keep things passable,” he said. “We’ve been working on some of the projects, but with the rain, it’s slowed us way down.”

He couldn’t give an estimate on how far behind the weather has put them on road repairs, but he did say they have been working on roads north of Dixie Inn down towards Old Arcadia Road.

So far, they’ve been able to bring in SB2, or smaller gravel as a base to make the roads passable and using the bigger rock to surround the culverts, such as the one on Old Arcadia Road, to keep them from washing away again.

They are using funds from the parish transportation fund, which is partly funded by the state, to repair the roads damaged in the March 8 flooding. Holloway says he has no idea how much money they have spent so far, but they’ve hauled a lot of rock to keep the roads passable until they can get them covered in asphalt.

“We have several projects that are ongoing, and we’ve been hauling materials for over a month,” he said. “About all we lack is getting hot mix on top of Old Arcadia Road, but we have several places we need to get done before we can do that.”

He says the ground will have to dry out some before they can resume work on roads affected by the flooding, so there is no timeline as to when work will be completed.

Currently, they are working on culvert projects, but the bigger projects will have to wait.

“We’re working on the small stuff right now, such as the side of the roads,” he said.

Several of Webster Parish’s road systems were washed out or heavily damaged during the spring flooding, running up a tab of about $1 million for repairs, according to estimates Holloway gave in the spring.

The parish has been diligent in turning in paperwork on affected roads for reimbursement from the Federal Emergency Management Agency, officials say. As of now, there is no word on when possible reimbursements will come through.

The parish’s road list they had planned for the fiscal year has ground to a halt, and Holloway says their focus for the entire year remains on repairing damaged roads.