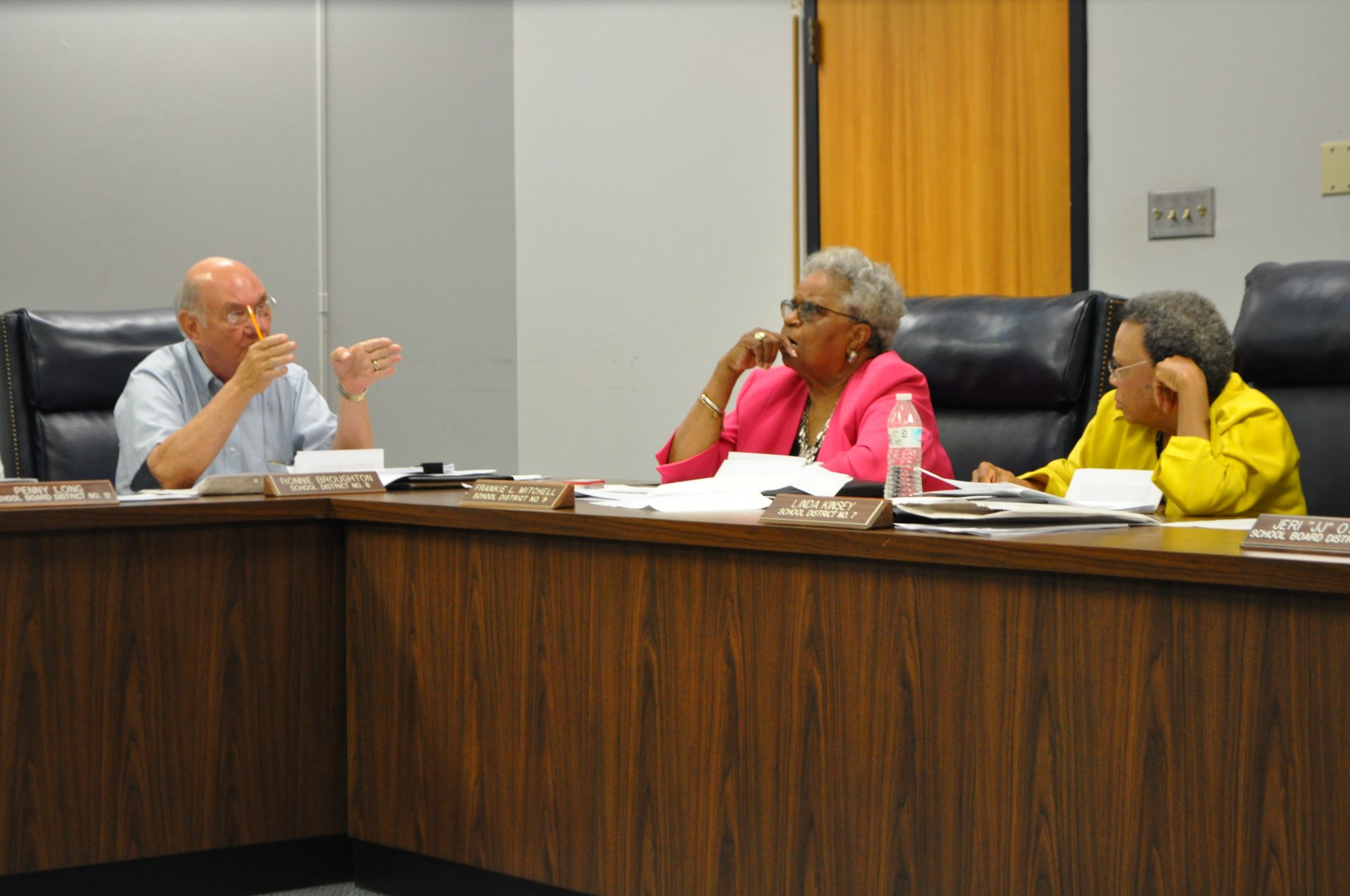 The issue of reducing the number of school board members will likely be put up for a vote in August.

Webster Parish School Board Member John Madden, District 6, explained in further detail his reasons for pushing for the reduction, saying in the long run it won’t save the district much money, but bigger school districts are faring better with fewer board members.

“We’re not an overly prosperous parish, and any money you can save, I’m all for it,” he said. “I think we’re asking our teachers to do more with less, and I absolutely believe we could do more with less.”

Savings would be in the range of $50,000 annually, he said, which would reduce board member salaries, travel expenses and mileage. Each board member is allotted a total of about $8,000 for all of those expenses.

Frankie Mitchell, District 9, suggested putting the vote off for another month to give them time to talk to constituents and get their thoughts.

“I just think we need to get their feelings before we vote,” she said.

Malachi Ridgel, District 2, said he’d talked to his constituents, and unless he saw clear-cut evidence that reducing the number of board members would improve education, then he is against it.

“I have studied this thing and I have not seen any evidence that the number of board members would have a negative effect on student progress,” he said. “If you have it, let’s see it. A lot of this is just a lot of talk. I don’t think at any time we should put money ahead of the education of our students.”

Ronnie Broughton, District 8, said something else they must consider is federal guidelines, specifically the Voting Rights Act, and he doesn’t believe reducing the number would help improve education. Broughton believes the job of the school board is to teach children and keep them healthy and safe.

“Each district represents about 3,500 adults,” he said. “If we reduce our numbers, I just don’t see it helping our system. I’m willing to look at it some more, but I’m not there yet.”

Superintendent of Schools Johnny Rowland Jr. said he’s talked to the contractor about where things stand with the completion of The Pit.

Weather has “hindered” the progress of construction of the grandstands, he said, and a detailed contingency plan is in place. A progress meeting is set for July 20,
and depending on how far back the completion date has been pushed, the contingency plan will be released to the public, Rowland said.

An unusually wet summer has delayed progress on the construction of the grandstands at The Pit, as well as progress on raising the football field above flood stage.

Supervisor of Maintenance and Transportation Buster Flowers, in an earlier interview, said so far, completion has been pushed back by a week or two into football season. Rowland was more optimistic, saying it could be completed ahead of schedule.

The target completion date is before the first game of the season in September.