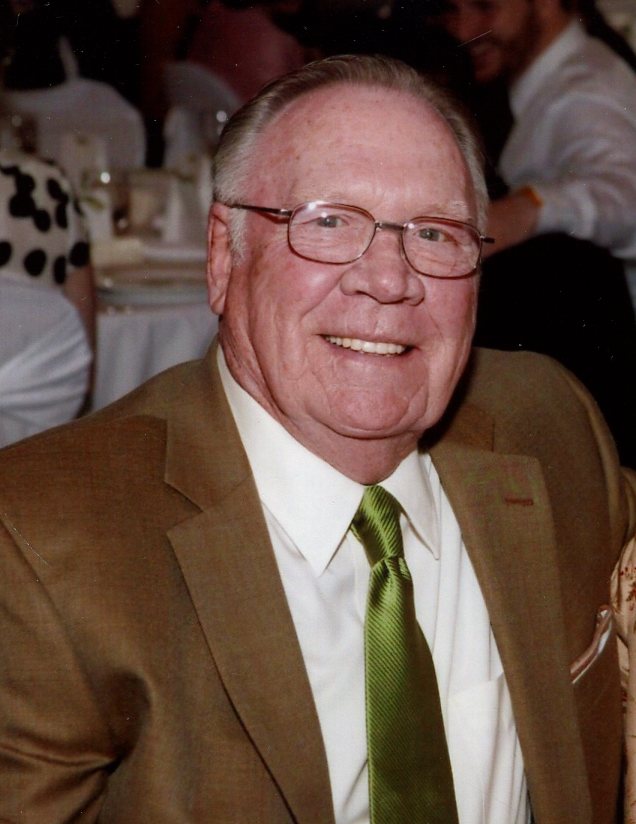 Bill was born in Corning, Ohio, Sept. 10, 1929, where he graduated from Corning High School. As a young man, he was an accomplished trumpet player, having been selected to the All Ohio Boys Band in 1946 and 47 and became an Eagle Boy Scout along the way. He was educated at Ohio Wesleyan University, Delaware, Ohio where he was a member of Phi Kappa PSI Fraternity and participated in intercollegiate basketball and golf. Golf became a lifetime passion which served him well in his professional career as well as providing a base for establishing friendships all across this country and here in Minden.

Following college, he began his career in industrial sales work at Marion Power Shovel Co. where he met and married his loving wife of 64 years, Patricia Smoot Garrison. Together they moved to New York, Atlanta, Jacksonville, Ft. Lauderdale, Findlay, Ohio, Plymouth, Michigan, Newark, Ohio, Enterprise, Alabama and to their final home in Minden where he retired from his 30+ year career as vice president-sales of Clement Industries.

Bill was a beloved husband, father, grandfather and brother. He cherished his relationships with his family and friends and his vibrant spirit will live with all of us forever.

A memorial service will be held at First Presbyterian Church in Minden Dec. 3, 2016 at 1 p.m. with the Rev. Gary Miller officiating.