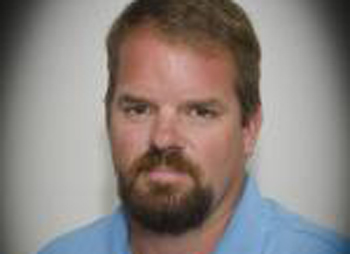 One Webster Parish School Board member will be “out for a while” as he undergoes treatment for a medical condition.

Brandon Edens has been battling brain cancer since late 2015, and is undergoing chemotherapy to shrink the tumor. In Monday’s school board meeting, Vice President Charles Strong asked board members and the general audience for their thoughts and prayers for Edens and his family.

“We’ve just learned that our fellow board member Brandon Edens is going to have to undergo continuing treatment for a medical condition that he’s been dealing with for some time,” he said. “We’d just like to ask everybody to keep Brandon in your prayers.”
Edens was elected to the District 1 seat in 2010. Board President Johnnye Kennon said he’s represented his district well but has missed
several meetings due to illness.

“He’s been through so much, and he’s always so positive,” she said. “He’s fought so hard and kept a positive attitude through it all.”

The Springhill community has sent an outpouring of support to Edens as he continues treatment. Family, friends and the community have come together to help them in their time of need. Fundraisers, such as the motorcycle raffle in July during the Ride for Life, have been held to offset some of the expenses related to his treatments.