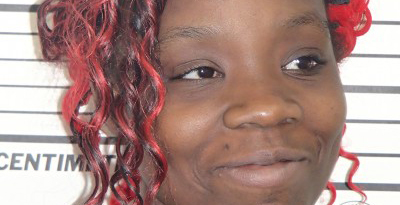 SPRINGHILL — Two Springhill women found themselves in trouble with the law after police say they stole dishwashing soap from a discount store.

Charletha Noel Robinson, 43, of the 500 block of B&S Drive in Springhill, was arrested for misdemeanor theft by shoplifting. Bond was set at $1,000.

Deshasmic Lachina Pastchol, 22, of the 400 block of 6th Street NE, in Springhill, was arrested for misdemeanor principle to theft by shoplifting. Bond was set at $1,000.

Springhill police chief Will Lynd says the two were found with a large amount of clothes inside the vehicle with the security tags still on them.

“From what I understand, they were shoplifting from the Dollar General Store,” he said. “When officers looked inside the vehicle, there were a lot more clothes that still had the security tags on them but couldn’t identify where those clothes came from.”

According to the police report, Robinson and Patstchol were taken back to the Dollar General store where the manager identified them.

As the vehicle was being searched, Robinson took a bottle of dishwashing liquid reportedly stolen from the store and threw it underneath the vehicle. The store clerk reportedly witnessed the action and informed the officer, reports continue.

Pastchol was reported to be the driver of the vehicle as it took off following the commission of the crime, garnering the principle to theft by shoplifting charge.

The two women were placed under arrest and transported to Bayou Dorcheat Correctional Center for booking.