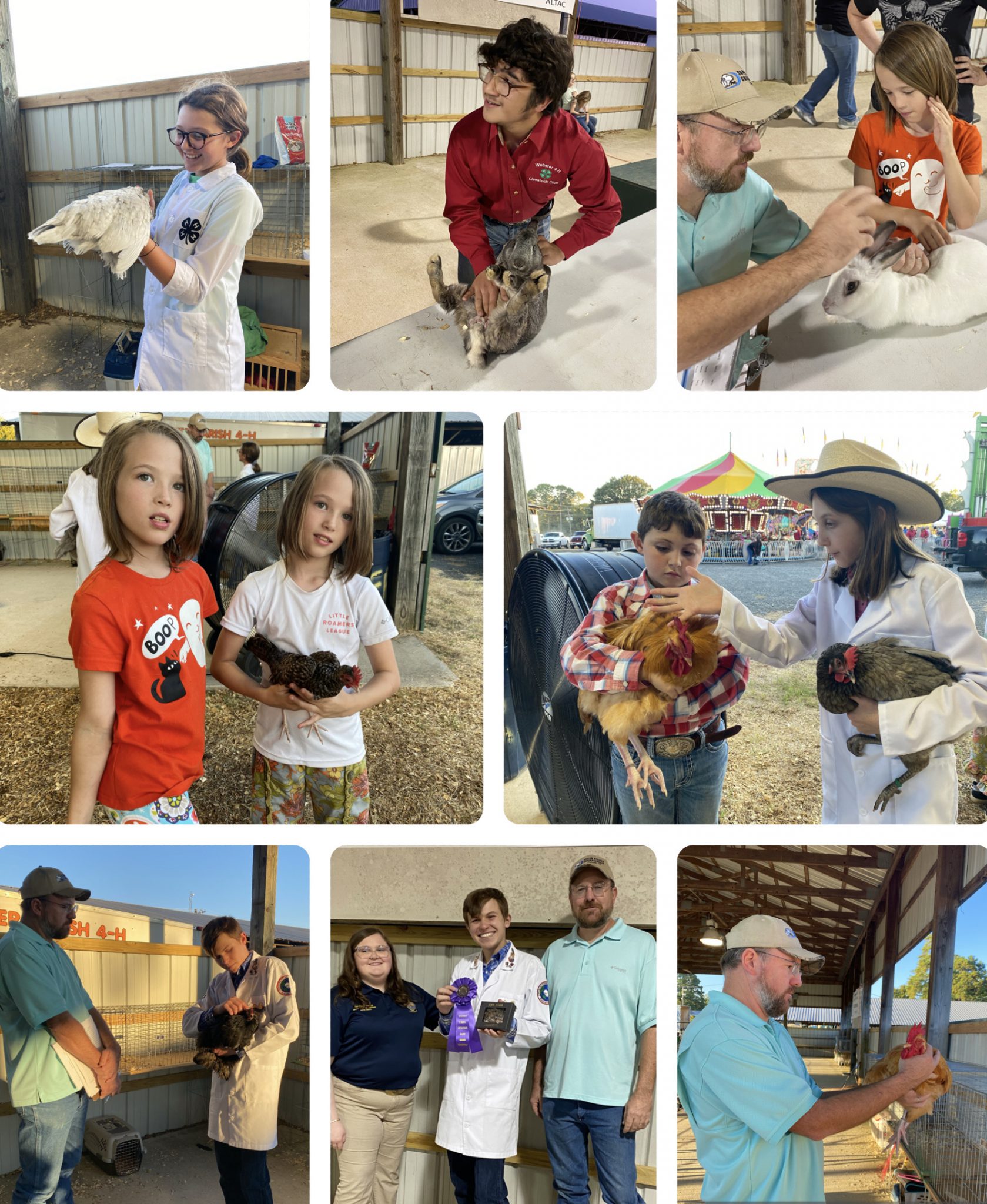 During the Webster Parish Fair, 4-H members showed off the animals they raised and their skills at showmanship. The first day’s competition was for rabbits and poultry with each breed in its own division.

The showmanship competition allows the competitors to show-off their knowledge of the animals they have raised and the breed standards for that specific breed. The Champion for rabbit showmanship was Edgar Silva, and the Reserve Champion was Alex Gaskins.

The overall Champion bird of the poultry competition was awarded to Jacob Talarchyk for his Black Cochin cock, and Lennie Garza’s Self Blue Belgian Bearded D’uccle hen took 2nd place.

In the showmanship competition, Jacob Talarchyk was named the Champion, and Taylor Rayor was named Reserve Champion.