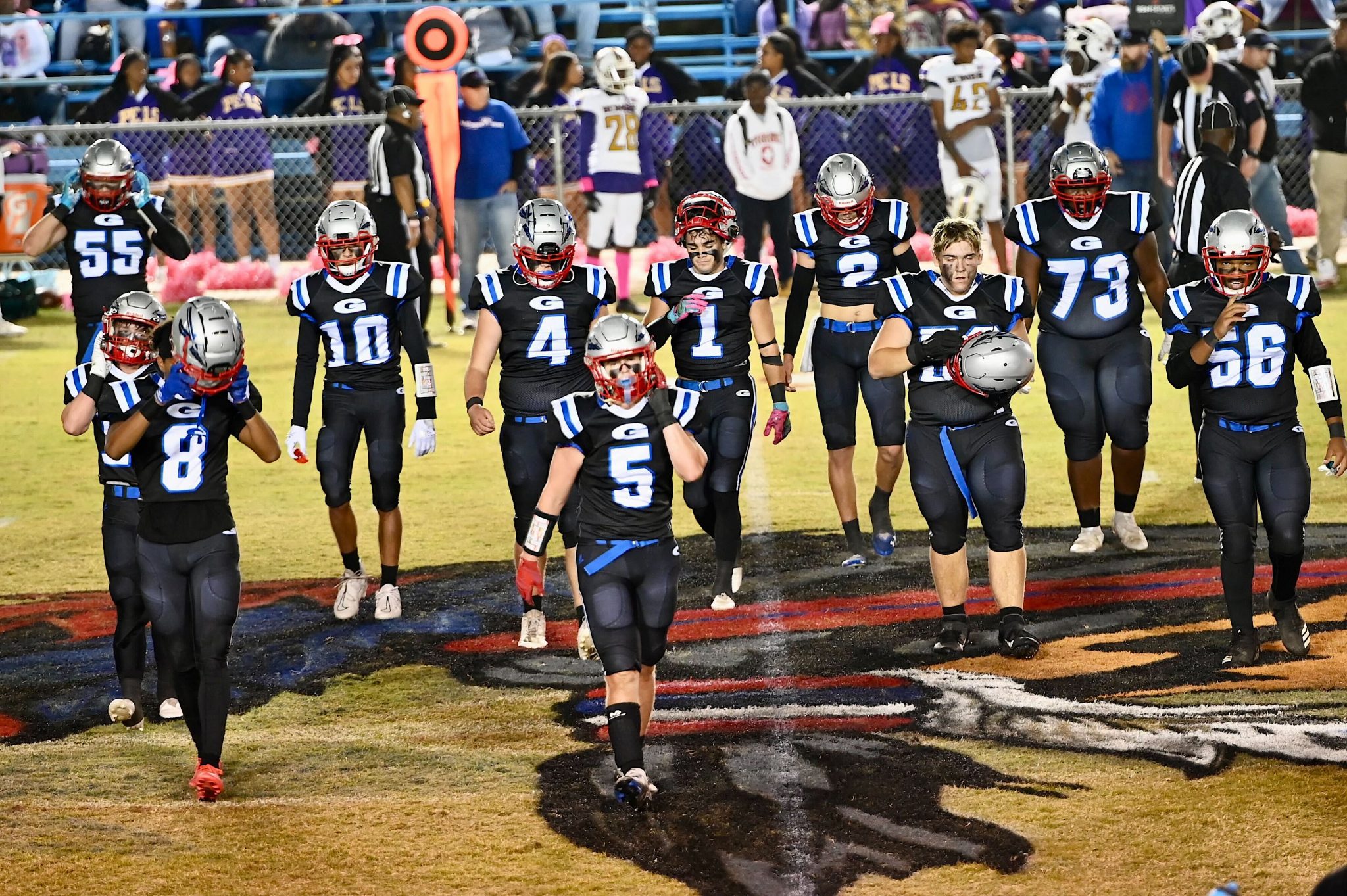 Glenbrook completed its 2022 regular season unbeaten as the Apaches took over early to defeat River Oaks 46-14 at Apaaches Stadium.

A long scoring scamper by DJ Carter put Glenbrook on top early while Turner McClelland and Rhett Johnson both hauled in scoring passes from Ty Feaster to help push the Apaches to their 16th straight win dating back to last season.

GeauxPreps.com’s Power Ratings have Glenbrook ranked at No. 6, which would give the Apaches a first-round bye.

Robinson’s first touchdown of the game came on a 40-yard scamper while he followed that up with a one-yard plunge to paydirt.

After building an 8-0 lead by the end of the opening stanza, the Crimson Tide flooded the scoreboard with three second quarter touchdowns to surge to a 30-0 advantage by halftime.

GeauxPreps.com’s Power Ratings have Minden (4-6) ranked at No. 31, which would fall barely short of the 28-team Division II Nonselect School playoff field.

SIBLEY — Green Oaks opened scoring in the see-saw showdown, but it was Lakeside who ended up on top as the Warriors outlasted the Giants in triple overtime as quarterback Cooper Chase’s scoring scamper appears to put his team in the playoffs.

But it looks like Friday’s win combined with other outcomes put Lakeside in.

GeauxPreps.com’s Power Ratings have Lakeside at No. 28, which would give the Warriors the final berth in the Division II Nonselect bracket with a potential opening-round playoff opponent being Avoyelles (7-3).

The Knights ended their season in winning fashion as North Webster started strong and never looked back in a win over the winless Tigers, a team playing its first year of football as a probationary member of the LHSAA.

North Webster struck first early on as Collin McKenzie hit Jkobe Lawson on a 20-yard scoring strike before a LRCA turnover set them right back up in scoring position at the Tigers’ eight-yard line.

McKenzie’s first of four scores on a quarterback keeper pushed the Knights’ advantage to 13-0, and North Webster never looked back, building a 41-6 lead by halftime.

Cooper Sanders added scoring runs of 35 and 50 yards for the Knights (2-8) while also picking off a pass on the defensive side of the ball.

Look for information on official playoff brackets and more on Friday night’s games later this weekend on the Minden Press-Herald website.